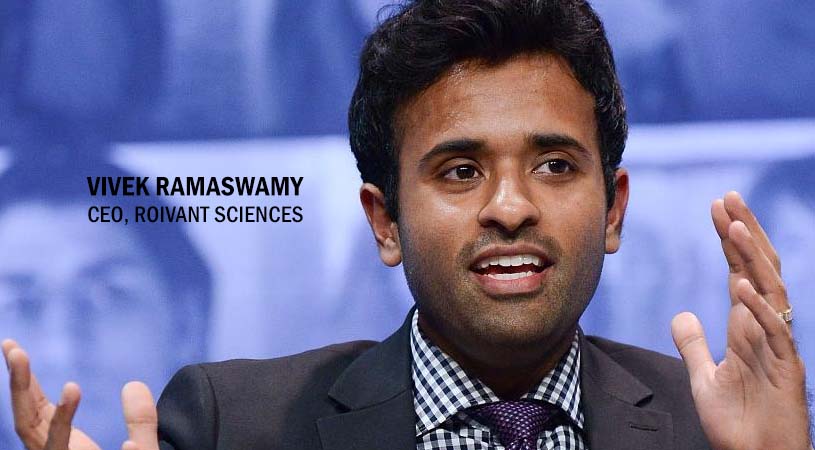 In the biotech world, a successful launch, whether privately or as an initial public offering (IPO), is often based on what may appear to be particularly interesting science. Sometimes it’s based on the reputation and personality of the individual launching the company. Which may or may not be the situation with Myovant Sciences . The biotech company just completed an IPO yesterday, the biggest IPO in 2016, bringing in $218 million.

But it’s probably not the science that’s driving this company’s sizzling start. It’s probably its founder, Vivek Ramaswamy, who is 31 years old.

Myovant launched back in June of this year, put together by Hamilton, Bermuda-based Roivant Sciences and Osaka, Japan-based Takeda Pharmaceutical Company . Myovant will focus on women’s health and prostate cancer. Roivant is Ramaswamy’s holding company.

Takeda granted an exclusive, worldwide license, except for Japan and specific Asian countries, to Myovant for relugolix (TAK-385), a Phase III drug that had already been evaluated in more than 1,300 patients. In Phase II trials, the drug showed positive results for uterine fibroids, endometriosis and prostate cancer. Takeda also licensed to Myovant RVT-602, an oligopeptide kisspeptin receptor agonist to treat infertility in women.

Then Myovant picked Lynn Seely to be the company’s president and chief executive officer. Seely was previously chief medical officer at Medivation , recently acquired by Pfizer , from 2005 to 2015.

Roivant Sciences spun out of Axovant Sciences in May 2014. Axovant was also founded by Ramaswamy, a former hedge-fund manager.

Ramaswamy is good looking and charming and brings $400 million to the table, but the other thing that stands out about him is his approach. He buys up drugs that have been abandoned by other companies for pennies on the dollar and tries to bring them new life. In a Forbes profile in 2015, said, “It’s an ethical problem of an underappreciate magnitude. So many drugs that would have been of use to society are cast aside. Certain drugs have gone by the wayside for reasons that have nothing to do with their underlying merits.”

A certain amount of skepticism seems appropriate. If a pharma company with billions of dollars in revenue and an army of researchers can’t make a drug work, how can a company with a dozen or so employees and a couple hundred million?

It’s not unprecedented, however, as the Forbes profile points out. “Lipitor, the bestselling drug ever, was almost abandoned, and Imbruvica, the drug behind AbbVie ’s $21 billion purchase of Pharmacyclics in May (2015), was bought in 2006 as part of a $7 million deal. At least a dozen successful companies have been built around the purchase of a forgotten drug.”

He then discovered the lucrative world of hedge funds when he was 25, and became an analyst with QVT Financial in New York, where by age 28 he made partner, partly on the basis of his successes in buying shares of Pharmasset , bought by Gilead , and Inhibitex, acquired by Bristol-Myers Squibb .

He also picked up a law degree from Yale, apparently for the intellectual challenge.

As for Myovant, the company plans to use the funds to start three multinational Phase III trials next year. They will all focus on relugolix for uterine fibroids, endometriosis, and prostate cancer. In an interview with MedCityNews, Seely said, “We’re obviously thrilled at the way it (the IPO) went and I think it underscores the investors’ enthusiasm for these women’s health indications. This field has been largely ignored by biopharma and I think we have a real opportunity here to draw attention to it, to get investment in this space and really start to welcome innovative therapies for women with these diseases.”

Apparently Myovant came to Pfizer’s attention, which was prepared to buy up to $30 million of Myovant shares. Roivant Sciences will own about 64 percent of the company.

Again, it’s difficult to know whether the enthusiasm for these companies is based on real science or Ramaswamy’s charm. The most recent Forbes article notes, “He has yet to score any drug approvals and ultimately his plan will depend on some of his drug candidates proving they work. But Ramaswamy has shown himself to be effective in attracting serious capital and talent to his plan.”