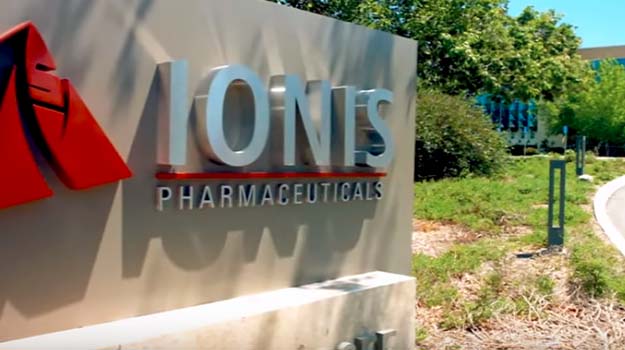 In the Phase III trial, participants were treated with eplontersen and saw an 81.2% drop in their serum levels of transthyretin. At the same time, the test candidate led to better scores on the modified Neuropathy Impairment Score +7 (mNIS+7) scale, which measures the worsening of the neuropathic disease. Eplontersen’s effects on transthyretin concentrations and neuropathy progression were statistically significant (p<0.0001 for both).

Treatment with eplontersen likewise significantly improved patient-reported quality of life, as measured by the Norfolk Quality of Life Questionnaire-Diabetic Neuropathy.

The Phase III NEURO-TTRansform trial is an open-label, randomized and global study that enrolled nearly 170 ATTRv-PN patients with stage 1 or 2 polyneuropathy. Eplontersen was compared against a historical and external placebo group, drawn from the 2017 NEURO-TTR registrational study, also from Ionis.

NEURO-TTRansform’s co-primary endpoint is the change from baseline in serum transthyretin levels and mNIS+7 scores, assessed at week 66. Interim 35-week data from NEURO-TTRansform were presented today at the International Symposium on Amyloidosis (ISA) held in Heidelberg, Germany.

“Based on the 35-week interim trial results, AstraZeneca and Ionis will seek regulatory approval for eplontersen and plan to file an NDA with the U.S. FDA in 2022,” an AstraZeneca spokesperson told BioSpace. “ATTRv-PN is expected to be the first indication for which the companies will seek regulatory approval for eplontersen.” The companies are also looking at regulatory filings outside the country but have no concrete plans as of yet.

ATTRv is a severe and progressive disease that arises when the transthyretin protein aggregates with amyloid and accumulates in various organs and tissues throughout the body. These protein deposits eventually disrupt proper organ and nerve function, leading to neuropathy and cardiomyopathy, which, when left unchecked, can severely interfere with activities of daily living and worsen the quality of life. ATTRv can also lead to premature death, with patients living for a median of 4.7 years after diagnosis.

Eplontersen is an investigational, ligand-conjugated antisense drug that treats ATTRv by suppressing transthyretin production. The candidate was discovered and is being developed by Ionis, but in December 2021, AstraZeneca secured the commercial license to eplontersen in a collaboration deal worth $200 million upfront.

Under the terms of the agreement, Ionis will remain in charge of eplontersen’s Phase III studies and process qualifications, while AstraZeneca will take responsibility for the drug’s commercial supply. Medical affairs and commercial activities will fall on both companies. Ionis also remains eligible for $485 million in development and approval milestones and up to $2.9 billion in sales milestones.

NEURO-TTRansform is one half of the Ionis-AstraZeneca agreement. The other is CARDIO-TTRansform, which is currently actively recruiting participants and expects to enroll 1,000 patients. The Phase III placebo-controlled study aims to test the efficacy of eplontersen in ATTRv patients with cardiomyopathy rather than neuropathy. The AstraZeneca spokesperson said results are expected to come next year and beyond.