Intranasal Approaches Have Potential As Vaccines & Therapies for COVID-19 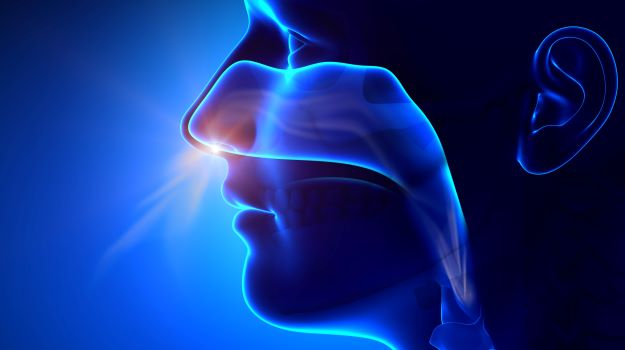 With billions invested in R&D over the past year to find vaccines and therapies for the novel coronavirus, a few select life sciences companies and academic institutions are working on the hypothesis that intranasal vaccines and therapies could be key to stopping COVID-19 in its tracks, and provide greater protection against transmission of COVID-19.

First Patient Dosed in Human Trial of An Intranasal Vaccine

On January 11th, Codagenix and its partner, the Serum Institute of India Pvt. Ltd. (SIIPL), became first into the clinic with an intranasal vaccine as the first patient was dosed in its phase I trial to determine the safety and efficacy of its candidate, COVI-VAC.

The vaccine, developed using  Codegenix’s Synthetic Attenuated Virus Engineering (SAVE) platform, is designed to produce immunity against not just the infamous spike protein, but all SARS-CoV-2 proteins – which could allow it to protect against emerging strains.

“Dosing the first patient in the Phase I trial is an important milestone in the development of COVI-VAC, which we believe has significant advantages over other vaccines against COVID-19,” said Codagenix Chief Executive Officer, Dr. J. Robert Coleman. “Importantly, as a live attenuated vaccine, COVI-VAC has the potential to provide a broader immune response in comparison to other COVID-19 vaccines that target only a portion of the virus. This could prove critical as new variants of SARS-CoV-2 have begun to emerge.”

Depending on the results of the 48-participant randomized, double-blinded, placebo-controlled dose-escalation study, Codagenix and SIIPL plan to begin advanced clinical testing in mid-2021.

Altimmune, a Maryland-based clinical-stage biopharmaceutical company developing intranasal vaccines and immune-modulating therapies, was also an early pioneer in this space.

“One of the most important benefits of an intranasal approach is the ability to stimulate a specialized type of immunity called ‘mucosal immunity.’ Local mucosal immunity is important to block SARS-CoV-2 viral replication in the nose – the point of disease initiation and transmission,” Altimmune Chief Scientific Officer, Dr. Scot Roberts told BioSpace.

Roberts pointed out that there are also implications for the transmission of the virus.

“Studies have shown that in the absence of mucosal immunity, the nasal cavity may become a reservoir for the coronavirus, allowing disease transmission to others and propagating the pandemic,” he explained. “Importantly, nasal mucosal immunity can only be achieved by administering a vaccine intranasally, not intramuscularly. It is not widely recognized that without mucosal immunity, vaccinated individuals may continue to spread the virus and will continue to need to wear masks and social distance.”

Altimmune had expected to launch its Phase I clinical trial of AdCOVID in Q4, 2020, but hit a snag right before Christmas when the FDA issued a clinical hold on its Investigational New Drug (IND) application, requesting certain protocol modifications and the submission of additional Chemistry, Manufacturing, and Controls (CMC) data.

A company spokesperson told BioSpace that they are hopeful the trial will begin during Q1 of this year and that an initial data readout will happen toward the end of the quarter.

AuraVax Therapeutics Inc., a private biotech developing next-generation vaccines based on activating comprehensive mucosal immunity, is also developing an intranasal vaccine for COVID-19 with the University of Houston (UH).

Defeating COVID-19 is the primary mandate for AuraVax, which was co-founded by UH’s M.D. Anderson Professor of Chemical and Biomolecular Engineering, Dr. Navin Varadarajan.

“We are excited to rapidly expand our relationship with the University of Houston to advance the development of this novel intranasal approach to tackle respiratory viruses. We plan to stop COVID-19 at its point of entry - the nasal cavity - and we believe our intranasal platform represents a differentiated solution that will lead to a vaccine to create sustained immunity to COVID-19 and other viruses," said Varadarajan in a statement.

Could Xylitol and Grapefruit Seed Extract Be the Answer?

An in vitro study conducted by Utah State University and Northwestern University has demonstrated that components found in an over-the-counter nasal spray, Xlear Sinus Care, can significantly reduce and nearly eliminate SARS-CoV-2 after a single dose.

The key ingredients are grapefruit seed extract and xylitol – a naturally occurring alcohol found in most plant material, including many fruits and vegetables –  only make up 11.2 percent of the solution, .2 and 11 percent respectively, the remainder being saline. However, following a single spray, the virus was reduced from 4.2 to 1.7 log10 CCID50 per 0.1 mL.

The even better news? Xlear could be effective against the now widespread emerging variants.

“The effect seems to last, from what they’ve done clinically, it seems like if you spray it up your nose every 6-8 hours, you’re perfectly fine. So we’re looking at the mechanism not so much for SARS-Cov-2, but for the variants, the mutations that we know are going to be coming, and even for SARS-CoV-3,” said Cannon.

In November, researchers from the University of Birmingham in the U.K. announced that they had developed a nasal spray that could potentially be effective against COVID-19 with compounds already approved as safe for use in humans.

“Although existing PPE – face masks, visors – aims to reduce person-to-person transmission, there is currently no preventative strategy that focuses on the nasal passages themselves,” Dr. Richard Moakes, one of the study’s lead researchers, told BioSpace.

“Our research started out with the thought that, considering SARS-CoV-2 is an airborne virus, and that the majority of air intake is routed through the nasal passages – only transitioning to oral breathing when the nose is overloaded, during exercise for instance – a nasal spray could provide an additional layer of protection for the user, and also help reduce transmission. [The nasal spray formulation] is intended to provide an additional layer of protection above wearing a mask, social distancing and hygiene measures that are already in place, and is not a substitute for vaccination.”

In a pre-print study using cell culture to test the ability of the formulation to inhibit COVID-19 infection, the formulation was found to significantly suppress infection in cell cultures challenged by live virus compared to untreated controls. The effect was observed up to 48 hours and stood up to multiple dilutions. According to Moakes, “the manuscript is currently in the later stages of review by a very notable journal, and should be published shortly.”

The already approved materials are antiviral agent, λcarrageenan, and a gellan polysaccharide. Both are already manufactured to pharmaceutical grade, meaning that if proven effective, the formulation could be commercialized very rapidly.

“We are in communication with regulators and companies and intend to partner with an organization that is committed to rapid manufacturing and distribution of the final product to the widest audience possible,” said Moakes.

InvisiMask™ is intended to be an additional layer of protection, even after someone has been vaccinated.

“You want to go out, so you wear a face mask and spray InvisiMask into each nostril to provide additional protection. It takes only a few seconds. The antibody stays in the nasal cavity and protects you from SARS-CoV-2,” Liu told BioSpace in December.

Bermuda-Based Auris Medical kicked off December in a hopeful fashion, with shares in the company rising as much as 480% with the announcement that its drug-free nasal spray, AM-301, prevented or mitigated SARS-CoV-2 infection of the nasal epithelial cells in an in vitro study.

“Everybody opening is, let’s say, prone to invasion by all kinds of things. As I said, the nose, as we breathe, it takes in a lot. Therefore, this is a prime port of entry for all kinds of nasty stuff. We call these mucosal tissues – or the epithelia – the body’s first line of defense when it comes to actually protect against all those intruders,” said Auris Medical Founder’s, Chairman, and Chief Executive Officer, Thomas Meyer.

Meyer explained that with AM-301, “We want to reinforce that body defense, and we have your three modes of action. Number 1, we have a physical mechanical barrier that is coating the mucosal cells, so that is to prevent contact with the actual cells. Then we have number 2, the effect that this formulation can actually bind or track these particles. And number three, it’s humidification of the nasal mucosa.”

When compared with a control group, the study showed that virus titers were 90% lower 48 hours post-infection, and infinitesimal after 72 and 96 hours, at 99.2% and 99.4% respectively.

Like InvisiMask, Meyer explained that AM-301 is intended as an additional point of protection against COVID-19.

“We think that there are quite a few people who are unable to wear a mask or are unwilling to wear a mask. There are situations where it’s difficult to wear masks. We also know that masks are not 100% protective. This is something that you could take together with normal precautions. We are talking here about high magnitude where you can reduce the risk very significantly,” he said.

Going forward, there is also the potential for it to be used as a therapeutic.

“We are currently preparing for some studies where we look into the capacity or capability of the spray to actually change the course of an already existing infection,” said Meyer. “We feel from a mode of action that it actually could work, but of course we need to provide the formal proof.”