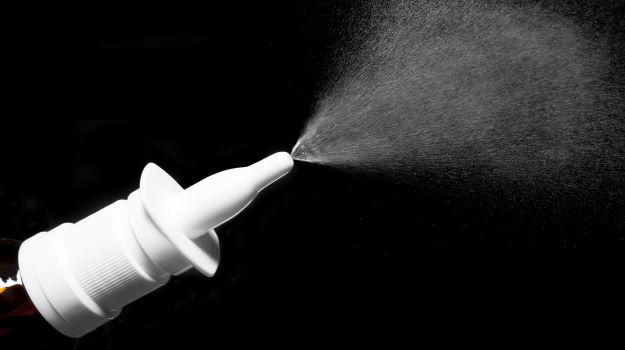 New research suggests an over-the-counter COVID nasal spray is effective at significantly reducing and nearly eliminating SARS-CoV-2, the virus that causes COVID-19 after a single dose.

An in vitro study conducted by scientists from Northwestern University and Utah State University concluded that components found within the Xlear nasal spray, particularly grapefruit seed extract and xylitol, were successful in statistically reducing the amount of SARS-CoV-2.

After a single blast, the researchers saw the COVID nasal spray reduced virus from 4.2 to 1.7 log10 CCID50 per 0.1 mL, a statistically significant reduction of 2.5 log10 CCID50.” News of the study was announced by Xlear and the company said this is only the latest research that reaches a conclusion the over-the-counter spray is effective against the virus that causes COVID-19.

Xlear is currently sold as a nasal irrigant for cleansing and moisturizing nasal cavities.

What Professionals Have To Say About COVID Nasal Spray?

Professor Mark Cannon of the Feinberg School of Medicine at Northwestern University said the study breaks ground in two areas. Cannon said using electron microscopy, the researchers saw visual evidence that showed the combination of xylitol and grapefruit seed extract counters the virus. The grapefruit seed extract kills the virus, while the xylitol prevents the virus from attaching to the cell walls, Cannon said in the announcement. The study postulates that xylitol acts as a decoy target for SARS-CoV-2, preventing virus attachment to the core protein on the cell wall, he said.

“In addition to countering SARS-CoV-2, Xlear (COVID nasal spray) is likely effective in preventing the spread of future H1N1 viruses, including the emerging SARS-CoV-2 variants, along with other viral epidemics. Given the more transmissible variants we now face, this is critical now,” Cannon said in a statement.

That in vitro evidence will no doubt be used to support a new petition before the World Health Organization. This week, a coalition of health professionals petitioned the World Health Organization to issue Guidance calling on: “all people to use nasal sprays to combat the COVID-19 pandemic.” The petition, which is supported by Xlear, is touting data that shows these nasal sprays are able to block viral adhesion and even kill or deactivate the virus in the nasal passages. The petition calls specifically for WHO Guidance to focus on the use of nasal sprays that contain Xylitol and grapefruit seed extract, which is found in Xlear.

“Nasal sprays are proven safe, inexpensive, non-invasive, easy to use and you can get them off-the-shelf at your local store around the world. There is a growing body of data that sprays, in particular Xlear, can help combat the COVID-19 pandemic. It’s pure commonsense,” Nathan Jones, chief executive officer of Xlear said in a statement.

In December, Xlear filed a Pre-Emergency Use Authorization request with the U.S. Food and Drug Administration in hopes of securing authorization of the COVID nasal spray as a new hygiene tool to help in combat the SARS-CoV-2 virus.

Xlear isn’t the only nasal spray that is showing promise in providing another level of protection against COVID-19, which has infected nearly 100 million people across the globe and led to the deaths more than 2 million people. Researchers from the University of Birmingham in the U.K. developed a nasal spray that can potentially provide protection against COVID-19. The spray uses compounds that are already approved by regulatory authorities in the UK, Europe and the U.S., including carrageenan, along with a gellan polysaccharide.

Another COVID nasal spray that uses a lipopeptide, a cholesterol particle linked to a chain of amino acids, has also shown promise in preclinical testing. As BioSpace previously reported, the lipopeptide matches the stretch of amino acids in the spike protein of SARS-CoV-2 exactly. The lipopeptide attaches itself onto one of the spike’s amino acid chains and prevents viral attachment.