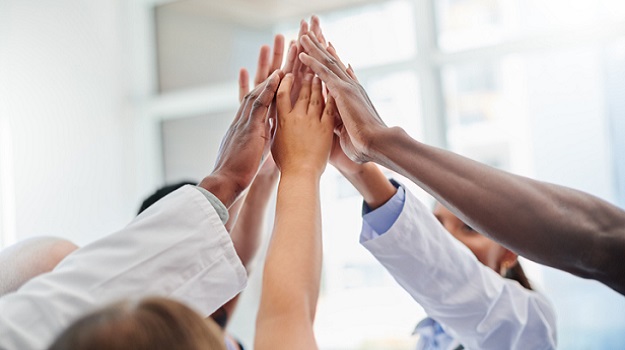 In a volatile year, marked with challenges, BioSpace is taking a pause to reflect on the many “wins” in biopharma.

2022 has been the third year of what, to many, feels like a long, arduous army crawl out of the pandemic.

But even as workplace culture and demands on employees and employers alike have shifted this year, the scientific community has rallied to achieve a number of noteworthy milestones, worthy of optimism and gratitude.

Here’s our list of what’s keeping us feeling optimistic about the year ahead.

In June, the FDA released its action plan for rare neurodegenerative diseases, including ALS. It included a five-year strategy to advance the development of treatments for people living with these diseases and espousing a commitment to pursue novel treatments.

Then, in September, the FDA approved Amylyx’s AMX0035 to treat ALS, making it the third drug to ever get the nod in treating the intractable disease. The move came as a key win to well-organized grassroots lobbyists after consistent and decades-long pressure to persuade Washington to take action on fatal neurodegenerative diseases.

Despite a constricting economy in the latter half of 2022, biopharma continued to experience success in gaining financing to support research.

Though “generalist investors,” or investors who responded to the pandemic with piqued interest in biopharma backing, have dropped off in the last two years, specialist investors remain, allowing for continued expansion in research.

Some 89 Series A or early-stage VC financings took hold in the U.S. through October, according to a LifeSci Capital overview, provided to BioSpace. The majority of these were earmarked for oncology research, with another 10 directed toward drug discovery engines and eight in CNS.

A Wave of Approvals

A number of therapeutics moved forward in the research pipeline, gaining FDA backing and promising new treatments in a variety of disease applications.

In BioSpace’s 2022 Diversity in Life Sciences series, a number of metrics showed progress in creating parity in the workplace. According to data gathered by BioSpace this year:

The “New Normal” Includes Having a Life Outside of Work

As the post-pandemic workplace gains shape, employees report seeking jobs with companies that offer remote work flexibility, family-friendly benefits and a greater awareness of the importance of cultivating a balance between work and home.

Employers are competing for top talent and taking notice of post-pandemic shifts to focus on corporate culture to attract and retain employees. BioSpace’s third-quarter Recruitment Market Update indicated these trends are likely to continue into 2023, as 76% of employees surveyed reported they plan to seek new jobs, even though they also believed the job market would be more difficult than usual.

Many of the markers in the 2023 report respondents cited most frequently in the winners, such as workplace culture, outscored more traditional benchmarks like compensation.

The buzz surrounding the term “quiet quitting,” or doing the bare minimum to maintain employment, picked up steam this year, leading an important discussion on what employers should expect of their employees.

In essence: if employees don’t go “above and beyond” in their roles, does that actually imply quiet quitting? Is it a sign of a better live-work balance?

BioSpace will continue to examine these questions and others in 2023.