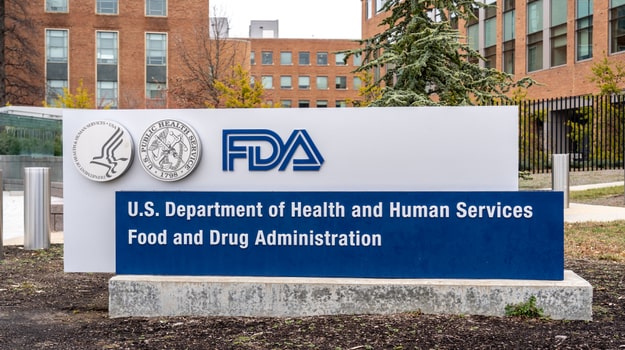 The U.S. Food and Drug Administration (FDA) issued a Complete Response Letter (CRL) to BioMarin Pharmaceutical over its Biologics License Application (BLA) for valoctocogene roxaparvovec (valrox) for severe hemophilia A. Valoctocogene roxaparvovec is a gene therapy to treat hemophilia A. Hemophilia A is a genetic deficiency in clotting factor VIII, resulting in increased bleeding. At this point, patients with hemophilia A are treated with Factor VIII, a protein that is infused two to three times a week. It doesn’t prevent patients from all bleeding events.

Valrox is a potential gene therapy that is administered as a single infusion. The application is built on a Phase III interim analysis of patients receiving an investigational product manufactured by the to-be-commercialized process as well as three-year Phase I/II data, which was published in January in The New England Journal of Medicine.

The agency indicated that they had completed the review cycle for the application but the application was not ready for approval in its current form. In their statement, BioMarin notes that they had previously agreed with the FDA on the extent of data needed to support the BLA, but the agency “introduced a new recommendation for two years of data from the Company’s ongoing 270-301 study (Phase III) to provide substantial evidence of a durable effect using Annualized Bleeding Rate (ABR) as the primary endpoint.”

“We remain committed to the hemophilia community and to leading the way to the first ever gene therapy in hemophilia A,” said Jean-Jacques Bienaimé, chairman and chief executive officer of BioMarin. “We are surprised and disappointed that the FDA introduced new expectations for the first time in the Complete Response Letter. We are confident in valoctocogene roxaparvovec gene therapy and its potential to redefine the treatment paradigm for people with hemophilia A.”

According to Reuters, both BioMarin and Wall Street had expected valrox to be approved and BioMarin indicated the gene therapy would be priced somewhere in the range of $1 million to $3 million. That price has been debated. Although it’s typical of gene therapy pricing, BioMarin has yet to prove—really, gene therapies haven’t been around long enough for any of them to prove—how durable the effects will be long-term.

Although that seems staggeringly high, even more expensive than Novartis’ Zolgensma for spinal muscular atrophy (SMA), which runs $2.125 million, BioMarin and drug pricing experts note that the current price of blood clotting treatments over the lifetime of a patient is around $25 million per patient. The therapy could potentially save the healthcare system and insurers more than $20 million over the patient’s lifetime.

The BLA was based on interim analysis of the Phase III study in patients treated with investigational product manufactured by the to-be-commercialized process and also with three-year data from the Phase I/II study. Valrox received both Priority Review status, Breakthrough Therapy and Orphan Drug designations. It maintains both the Breakthrough Therapy and Orphan Drug designations.

The therapy, meanwhile, is under review by the European Medicines Agency (EMA).

The Phase III trial data indicated that seven out of 16 patients in the trial reached or exceeded the Factor VIII levels that U.S. and European regulators want to see. After the data cutoff period, another patient also hit the mark.

The likelihood of the approval had been debated by analysts and experts, noting that the regulatory agencies’ Factor VIII levels required for approval are not completely clear. And although the therapy’s efficacy and safety data were positive, there are some concerns over the duration of response, with some physicians suggesting that it will begin to lose clinical benefit if the Factor VIII levels don’t hit a plateau.

At the company’s second-quarter financial report on August 4, Bienaimé noted, “In the second quarter at the World Federation of Hemophilia Virtual Congress, we were pleased to share the four-year data update from our ongoing Phase I/II study, which demonstrated sustained clinical benefit following a single administration of valoctocogene roxaparvovec. All participants in the study received a single administration of valoctocogene roxaparvovec in 2016 and remained off exogenous factor prophylaxis through year four. These data strengthen our confidence in valoctocogene roxaparvovec and the opportunity to address the unmet therapeutic needs of people with severe hemophilia A.”