FDA Approves First and Only Injectable to Prevent HIV Infection 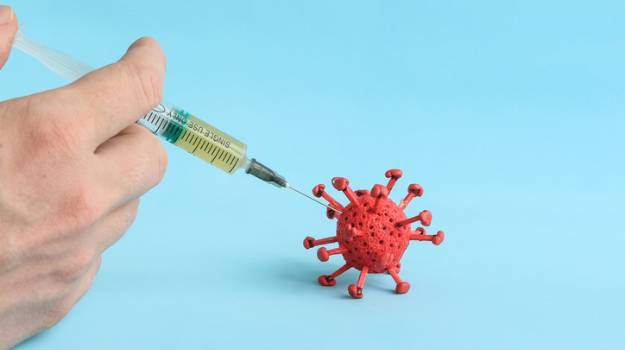 The drug, the first and only long-acting injectable to prevent HIV infection, is now authorized for adults and adolescents who are at risk of acquiring the virus through sexual relations, have a negative HIV-1 test before initiation and weigh at least 35 kgs.

The FDA's decision is based on positive results from two international Phase IIb and III multicenter, randomized, double-blind trials (HPTN 083 and HPTN 084), which included over 7,700 participants in 13 countries. The trials evaluated the efficacy and safety of cabotegravir in HIV-1 negative men who have sex with men, cisgender women and transgender women who were at risk of having HIV.

"ViiV Healthcare is proud that Apretude was studied in one of the most diverse and comprehensive HIV prevention trial programs to date, which also included some of the largest numbers of transgender women and Black men who have sex with men ever enrolled in an HIV prevention trial. With Apretude, people can reduce the risk of acquiring HIV with as few as six injections a year," said ViiV Chief Executive Deborah Waterhouse in a statement.

The two studies did not run their entire intended course as the Data Safety Monitoring Board stopped them early after the trials had consistently demonstrated superiority over the current daily oral tablet emtricitabine/tenofovir disoproxil fumarate (TDF/FTC) for preventing HIV.

Those who took cabotegravir experienced a 69% reduced incidence for HIV, compared to those who received TDF/FTC in the HPTN 083 trial, while those in the HPTN 084 trial reported a 90% lower incidence of HIV in favor of the new drug.

As of this writing, ViiV Healthcare has already begun submitting approval applications to other regulatory authorities. Apretude is approved for use only in the U.S. for HIV prevention. The company said it will start shipping Apretude to specialty distributors and wholesalers in the country early next year.

"Many people who are vulnerable to HIV have complex lives that can make taking a daily pill to prevent HIV a burden. Our community has been in dire need of additional HIV prevention options that may address their evolving needs, and cabotegravir long-acting for PrEP represents an exciting new option to help them reduce their risk of acquiring HIV," added TruEvolution Executive Director and CEO Gabriel Maldonado in the same statement.

HIV is a health crisis that affects around 38 million worldwide, and some 1.7 million new cases are added to this total per year. PrEP is the currently used tool to reduce new cases, in addition to successful HIV antiretroviral treatments. However, fewer than 25% of those who can benefit from PrEP in the U.S. are taking it, primarily due to inconsistent adherence and cultural and structural barriers in certain populations.

Apretude is developed and manufactured by ViiV Healthcare, which is majority-owned by GlaxoSmithKline, alongside Shionogi Limited and Pfizer as shareholders.