Despite Advances in Drug Development, HIV Fight Falters During Pandemic 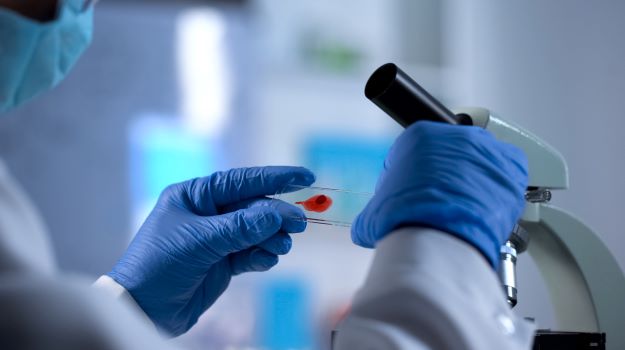 In 2019, the federal government set a goal to eliminate the HIV epidemic by the year 2030, and Dr. Anthony Fauci believes this is still possible, despite some delays in research and diagnoses and the diversion of medical staff caused by the COVID-19 pandemic.

Fauci, director of the National Institute of Allergy & Infectious Diseases (NIAID) and chief medical advisor to the White House, told a congressional committee the goal is still in sight, despite some temporary setbacks over the past year. When the pandemic hit, many companies diverted resources aimed at HIV to COVID-19, which ended up pausing some research efforts.

According to an analysis from NPR, many HIV clinics limited in-person visits during the pandemic, and routine screenings were paused due to COVID infection concerns. Another sign of how COVID negatively impacted HIV in the U.S. was a decline in screening tests. There was a 45% drop in annual screenings from March 2020 to September of that month.

Additionally, prescriptions for EP, a pre-exposure prophylaxis for HIV, have declined.

During the previous presidential administration, the White House launched an initiative to reduce the number of new HIV infections in the United States by 75% by 2025. By 2030, the goal is to reduce infections by at least 90%, for an estimated 250,000 total HIV infections averted.

Currently, about 1.1 million Americans are living with HIV infection. It is estimated that 38,000 Americans are diagnosed with the infection each year, down significantly from peak infections.

Without intervention, the government predicts nearly 400,000 more Americans will be newly diagnosed over ten years despite the availability of tools to prevent transmissions.

The government said several risk factors could lead to an HIV resurgence, including “trends in injection and other drug use; HIV-related stigma; homophobia and transphobia; lack of access to HIV prevention, testing, and treatment; and a lack of awareness that HIV remains a significant public health threat.”

Despite the disruption caused by COVID-19, there have been significant gains against HIV over the past few years. In 2018, Merck won regulatory approval in the United States for two HIV treatments, Delstrigo, a once-per-day triple combination treatment, and Pifeltro, a new non-nucleoside reverse transcriptase inhibitor.

Gilead is a leader in the development of HIV treatments. With Truvada, Atripla and Stribild, Gilead Sciences has three of the top four best-selling HIV drugs on the market. In 2018, Gilead also saw approval of Biktarvy, a triple combination treatment of bictegravir and emtricitabine/tenofovir alafenamide for the treatment of HIV-1.

Earlier this year, the FDA approved ViiV Healthcare’s Cabenuva, a combination of cabotegravir and rilpivirine. Cabenuva was approved as a complete therapy for HIV-1 infection in adults who are virologically suppressed. The injectable drug is administered once a month. ViiV, an HIV-focused company established through a partnership of GlaxoSmithKline, Pfizer and Shinogi Limited, is also eying potential approval for cabotegravir for the prevention of HIV, a PrEP medication.

More treatments are under investigation, as the industry eyes potential halting the disease in its tracks with gene and cell therapies. Earlier this month, researchers from Seraph Research Institute (SRI) in Los Angeles presented promising data from an HIV-focused gene therapy at the 2021 Annual Meeting of the American Society of Gene and Cell Therapy (ASGCT).

The data involved a patient whose disease had not been controlled by antiretroviral therapy. Using an adoptive cell therapy involving natural killer (NK) and gamma delta T-cells (gdT) from a healthy donor, SRI was able to improve the patient’s health to the point that he no longer needs to take antiretroviral drugs to control his HIV.

Maryland-based American Gene Technologies is on the cusp of launching a Phase I study of an HIV-focused gene therapy. The company is developing AGT103-T to downregulate the CCR5 receptor, which disrupts the synthesis of proteins HIV needs to replicate. The gene therapy will help repair the T helper cell defect, which will allow the body to fight and clear the HIV.