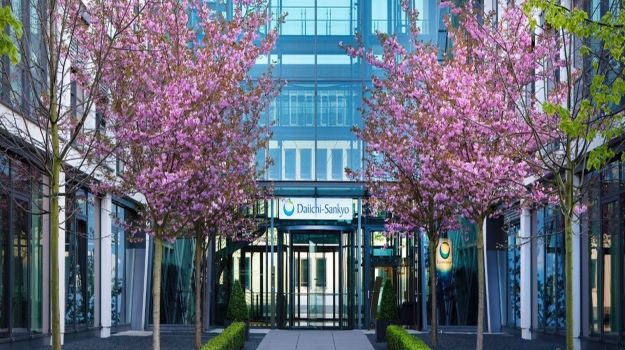 Daiichi Sankyo won approval in Japan for Ezharmia, a new therapy for the treatment of patients with relapsed or refractory adult T-cell leukemia/lymphoma (ATL).

With this approval, Ezharmia (valemetostat tosilate) becomes the first dual inhibitor of EZH1 and EZH2 to receive regulatory approval for ATL, a rare hematological cancer that can present as either leukemia or lymphoma. Although a rare hematological cancer, ATL has a high prevalence in parts of Japan, with a five-year survival rate of about 14%, Daiichi Sankyo announced.

The regulatory win will certainly boost Daiichi Sankyo’s chances of achieving its goal to become a global top 10 leader in oncology by 2030.

The Japan Ministry of Health, Labour and Welfare approved Ezharmia based on data from a pivotal Phase II study. In that trial, Ezharmia demonstrated an objective response rate of 48% in previously treated patients.

The data showed a complete response was observed in 20% of patients and partial responses were witnessed in 28% of patients. Prior to approval, Ezharmia received Orphan Drug Designation (ODD) from the MHLW for this indication.

Daiichi Sankyo’s Phase II trial assessed 200 mg of Ezharmia as a monotherapy in 25 patients with relapsed/refractory ATL who were previously treated with mogamulizumab or at least one systemic chemotherapy. Patients were required to have no history of allogeneic hematopoietic stem cell transplant.

When the trial data was presented at the American Society of Hematology meeting in December, Makoto Yoshimitsu, an associate professor at Kagoshima University Hospital in Japan, noted that for patients in Japan with aggressive subtypes of ATL, the median overall survival is about 12 months. This is true even for patients who undergo intensive chemotherapy regiments.

Yoshimitsu said new options are needed to treat these patients, particularly in the relapsed/refractory setting.

Wataru Takasaki, head of R&D in Japan for Daiichi Sankyo, said Ezharmia, the first dual inhibitor of EZH1 and EZH2 to be approved, “represents an important advancement” in the treatment of ATL patients, who have few options beyond chemotherapy.

“We will continue to pioneer the approach in the global development of EZHARMIA, our fifth new oncology medicine approved in Japan in the past three years,” Takasaki said in a statement.

Daiichi Sankyo isn’t the only company working on the development of a dual EZH1 and EZH2 inhibitor. Pfizer is also developing a similar drug, PF-06821497.

PF-06821497 is being developed for multiple indications. The asset is in Phase I development for follicular lymphoma, small cell lung cancer and castration-resistant prostate cancer.