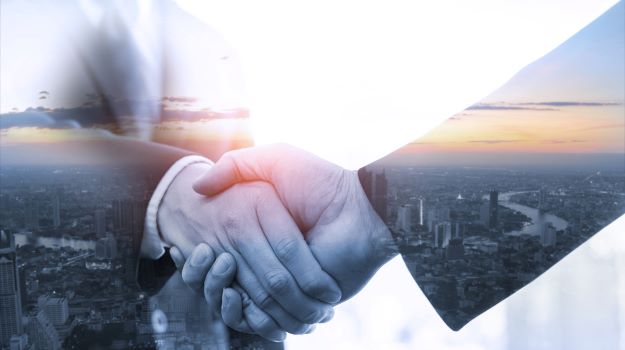 CStone Pharmaceuticals continues to expand its oncology presence aimed at the Chinese market. On Sunday, the company forged a licensing agreement with Jiangsu Hengrui Pharmaceuticals that grants the company access to a monoclonal antibody aimed at multiple forms of cancer.

Currently, the only anti-CTLA-4 monoclonal antibody that has been approved globally is Bristol Myers Squibb's Yervoy, which was first approved by the U.S. Food and Drug Administration in 2011 and has also been approved for use in China. Yervoy generated approximately $1.69 billion in 2020. Based on its developmental data, CStone believes that CS1002 has the potential to carve away Yervoy’s revenue.

CStone licensed CS1002, an investigational anti-CTLA-4 monoclonal antibody to Hengrui. Cytotoxic T lymphocyte associated antigen 4 (CTLA-4) is one of the few clinically validated targets for IO combination therapies. Based on previous preclinical and clinical studies, CStone believes that CS1002 has the potential to become a backbone therapeutic for multiple immuno-oncology combinations. And that evidence was strong enough for Hengrui to pay $200 million in upfront payment for the asset.

Under terms of the deal, Hengrui gains the exclusive rights for research, development, manufacturing, and commercialization of CS1002 in Greater China. CStone will retain rights to market CS1002 outside of China.

Lianshan Zhang, president of global R&D at Hengrui, said that the combination therapy potential of CS1002 will provide synergy with the company’s existing pipeline and bolster its competitiveness across China.

“As a leading Chinese biopharmaceutical company, CStone has demonstrated its outstanding research and development capabilities with impressive early-stage clinical data and differentiated dosing schedules of CS1002. We have full confidence in the future development of it to provide more innovative drugs for Chinese patients,” Zhang said in a statement.

Frank Jiang, chairman and chief executive officer of CStone, expressed his satisfaction of the agreement reached with Hengrui.

“As a leading global China pharmaceutical company with an extensive oncology pipeline and strong integrated capabilities in commercialization, we are very confident that Hengrui will bring the full potentialities of CS1002 into the Greater China market. Through this collaboration, we believe we will join forces to bring forward more high-quality innovative oncology therapies to patients,” Jiang said in a statement.

In August, CStone saw the fruits of a partnership with Servier Pharmaceuticals after that company won U.S. approval for Tibsovo (ivosidenib tablets) for the treatment of adult patients with previously treated, locally advanced, or metastatic cholangiocarcinoma with an IDH1 mutation. Tibsovo is the first and only targeted therapy approved for patients with previously treated IDH1-mutated cholangiocarcinoma, a cancer of the bile ducts.

CStone is no stranger to working with pharma giants. In 2019, the company partnered with Bayer, and then in 2020, CStone struck a partnership with Pfizer in support of the development of sugemalimab that included the pharma giant taking a $200 million stake in the company.