The COVID-19 Pandemic: It Ain't Over 'Til It's Over 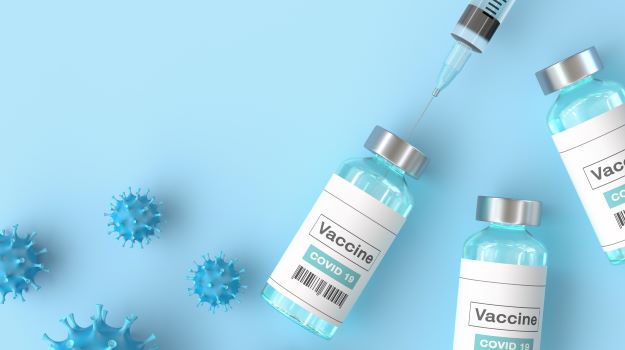 Even though the COVID-19 pandemic in the U.S. appears to be largely under control, it's clear that it's not over, with the rise of yet more subvariants and questions as to whether variant-focused vaccines will be available soon enough to make a difference. Read on for more details.

Vaccines for Variants Too Late?

U.S. regulators have recommended that vaccine makers develop vaccines for the variants of SARS-CoV-2, which are currently dominating the infections observed. Pfizer, BioNTech and Moderna are all testing their variant-focused vaccines and submitting materials for authorization, with expectations that they will be available in the fall, probably October. The question is, will that be too late?

Dr. Bob Wachter, M.D., University of California San Francisco's chair of medicine, warns that the new Omicron BA.5 subvariant is "a different beast" from previous ones, more infectious and better at evading immune responses. He adds that "its behavior will determine our fate for the next few months, until it either burns itself out by infecting so many people or is replaced by a variant that's even better at infecting people. Neither is a joyful scenario."

Although the COVID-19 pandemic is persisting, the current Omicron subvariants appear to cause much less severe disease in general. However, the BA.5 subvariant may be both more infectious and better at evading immunity. But with a majority of eligible people vaccinated and the existence of several effective treatments, such as Pfizer's Paxlovid and Merck and Ridgeback's molnupiravir, the country appears to be mainly moving on as if it is over. Still, there are about 109,000 reported cases daily, more than five times the number a year ago, and that's probably an undercount because at-home tests aren't typically reported.

"We're now at a point that everyone's immune system has seen either the virus or the vaccine two or three times by now," Dr. David Dowdy, M.D., Ph.D., an infectious disease epidemiologist at Johns Hopkins Bloomberg School of Public Health, said. "Over time, the body learns not to overreact when it sees this virus."

The U.S. Centers for Disease Control and Prevention recommends that six Washington counties should wear masks indoors in public and on public transportation. They are Lewis County, Pacific County, Thurston County, Grays Harbor County, Garfield County and Spokane County. All counties have COVID-19 levels classified as "high," which is 200 or more new cases per 100,000 people in the last seven days, or more than 20 new COVID-19 hospital admissions per 100,000 people within a seven-day period.

Norway's Coalition for Epidemic Preparedness Innovations (CEPI) and Cambridge, Mass.-based Codiak BioSciences are partnering to develop vaccines that offer broad protection against SARS-CoV-2 and variants and other Betacoronaviruses. CEPI is offering seed funding up to $2.5 million for its vaccine candidates from its pan Betacoronavirus program.

Codiak will leverage its proprietary exoVACC technology platform to develop vaccines that deliver antigens, adjuvants and immunomodulators to antigen-presenting cells. Their experimental pan Betacoronavirus vaccine carries the receptor-binding domain (RBD) protein of SARS-CoV-1 (for SARS) and SARS-CoV-2 (for COVID-19) on the surface of the exosome. They appear to stimulate broad immune responses of both antibody and T-cell-mediated immunity.

Researchers at the University of Tokyo developed a rapid and effective antibody detection test for COVID-19 that is minimally invasive. It uses a patch sensor leveraging porous microneedles and a paper-based immunoassay. They believe it would be beneficial in resource-limited settings. Current testing strips based on gold nanoparticles require blood samples collected via a finger prick. Their new technology uses biodegradable porous microneedles made of polylactic acid and a paper-based immunoassay biosensor.

In a separate story, investigators at UT Southwestern Medical Center developed CoVarScan, which after evaluating more than 4,000 patient samples, was found to be as accurate as other methods and successfully identified all current SARS-CoV-2 variants. CoVarScan focuses on eight regions of SARS-CoV-2 that vary between viral variants in most cases. It detects small mutations and evaluates the length of repetitive genetic areas that tend to vary as the virus evolves. It uses PCR technology to copy and assay the RNA at those eight sites.

Germany-based CureVac filed a lawsuit in Germany, alleging that the technology BioNTech and Pfizer used for their COVID-19 vaccine originated within its domain. CureVac is not planning any legal action that would prevent the continued manufacture and distribution of the vaccines but is seeking "fair compensation" for infringement of its intellectual property rights.

A CureVac spokesperson stated, "At the height of the pandemic, it would not have occurred to any of us to point out patent infringement. Now that there is better control over the pandemic, we believe it is the right time to do so."

U.S. Economist Jeffrey Sachs, Ph.D., argues that COVID-19 actually leaked from a U.S. biotechnology laboratory and not from somewhere in China. Not surprisingly, Chinese officials jumped on his theory. It's unclear if Sachs believes the virus originated in the U.S. or from a collaboration between the U.S. and Chinese researchers in Wuhan.

The two leading theories for the virus are that it spread from a Wuhan wet market, where it originated in bats, was transferred to an intermediary animal, then to humans. Or that it somehow leaked from the Wuhan Institute of Virology (WIV), which was conducting research on bat-originated coronaviruses.

Sachs was the chairman of the Lancet COVID-19 Commission, created at the beginning of the pandemic to help governments and analyze responses. However, he is not a virologist or life science researcher. He is an economist and public policy analyst with expertise in sustainable development, economic development and poverty.

The story appears to come out of statements Sachs made at a conference on June 15 organized by the Spanish globalization think tank Gate Centre, which seems to have been picked up and amplified by Chinese diplomats, Russian news sources and The Daily Mail.