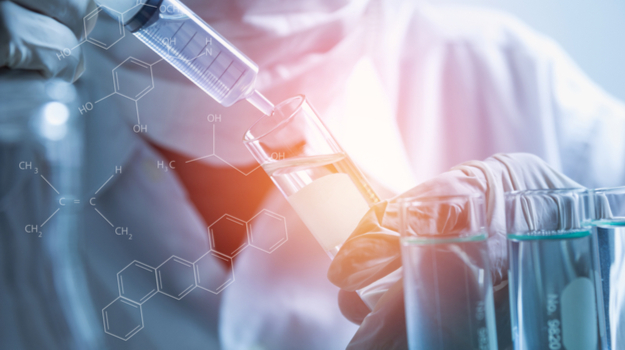 Rounding out the traditional summer months, last week had plenty of clinical trial news. Here’s a look at some of the top stories.

Emerald Health Pharmaceuticals completed its first-in-human Phase I clinical trial of EHP-101 in multiple sclerosis (MS) and systemic scleroderma (SSc) patients. The Phase I trial was to evaluate the safety, pharmacokinetics, pharmacodynamics and exploratory biomarkers of EHP-101 in 104 healthy volunteers. EHP-101 is an oral formulation of a patented new chemical entity (NCE) derived from cannabidiol (CBD). The company expects to launch the first Phase II trial before the end of the year.

Bio-Path Holdings dosed its first patient in its amended Phase II clinical trial of prexigebersen in acute myeloid leukemia (AML). The primary change in the trial is the inclusion of patients with high-risk myelodysplastic syndrome (MDS) and refractory/relapsed AML patients. The restructured trial has two cohorts of patients: the first untreated AML patients that were in the pre-amended trial, but with high-risk MDS patients; the second cohort is made up of r/r AML patients and high-risk MDS patients.

Processa Pharmaceuticals announced the last patient had been enrolled in the Phase II Necrobiosis Lipoidica (NL) clinical trial for PCS-499. NL is a chronic, disfiguring disease affecting the skin and sub-skin tissue, usually on the lower extremities. Ulceration can occur in 30% of NL patients with potential severe complications, including deep tissue infections and osteonecrosis threatening life of the limb. PCS0499 is a deuterated analog of one of the major metabolites of Trental (pentoxifylline).

The Medicines Company’s inclisiran hit its primary and secondary endpoints in its Phase III trial to decrease LDL-cholesterol through twice-a-year dosing. Inclisiran is a PCSK9 inhibitor, a class of anti-cholesterol medications used to treat patients who don’t respond to statins. The Medicines Company released results from the ORION-11 trial of inclisiran sodium 300 mg, which was well tolerated and confirmed the safety profile “at least as favorable” as seen in the ORION-1 Phase II and ORION-3 open label extension studies.

ORION-11 was a pivotal Phase III, placebo-controlled, double-blind, randomized trial evaluating the efficacy, safety, and tolerability of inclisiran administered subcutaneously in 1,617 patients with atherosclerotic cardiovascular disease (ASCVD) or ASCVD-risk equivalents and elevated LDL-C despite maximum doses of statin therapy, with or without ezetimibe. The Medicines Company has a license and collaboration agreement with Alnylam Pharmaceuticals under which The Medicines Company obtained global rights to develop, manufacture and commercialize inclisiran.

Eli Lilly and Incyte Corporation announced that baricitinib met the primary endpoint in BREEZE-AD7, the third pivotal Phase III trial in the BREEZE-AD program to be wrapped this year. The trial evaluated baricitinib, an oral JAK inhibitor, in moderate to severe atopic dermatitis (AD) in adults. It met its primary endpoint.

TrovaGene presented data from its ongoing Phase II clinical trial of onvansertib in combination with Zytiga (abiraterone acetate/prednisone) in metastatic castration-resistant prostate cancer (mCRPC), at the 20th Asia-Pacific Prostate Cancer Conference in Melbourne, Australia. It showed efficacy of the drug in this patient population, including patients with the aggressive and difficult-to-treat androgen receptor variant 7 (AR-V7) tumor. Onvansertib is an oral, high-selective PLK1 inhibitor.

Nanospectra Biosciences, Rice University, Duke University and Mount Sinai published clinical data on the AuroLase Therapy in prostate cancer. AuroLase Therapy is a focal ablation treatment utilizing gold nanoparticles. The nanoparticles heat and destroy cancer cells. In the trial, 16 men between the ages of 58 and 79 with low- to intermediate-risk localized prostate cancer agreed to participate in the trial. Fifteen of the 16 received the two-day treatment, which involved an intravenous infusion of nanoparticles on the first day followed the next day by an image-guided ablation treatment.

All patients went home on the day of treatment, returning for follow-up tests at three- month, six-month, and one-year intervals. Of the 15 men who completed treatment, only two had detectable cancer in follow-up biopsies and MRIs at the one-year mark. The clinical trial is ongoing.

The ETHOS trial compared Breztri Aerosphere in several doses in symptomatic patients with moderate to very severe COPD and a history of exacerbations in the previous years. The trial looked at more than 8,500 patients. The triple-combo drug hit the mark at the standard dose. Even at half the budesonide dose, Breztri Aerosphere showed a statistically significant decrease in the rate of moderate or severe exacerbations compared with Bevespi Aerosphere (a double-combo comparator) and PT009. PT009 is the Symbicort Turbuhaler, which is budesonide and formoterol fumarate.

Esperion’s Phase II clinical trial of bempedoic acid/ezetimibe combination hit its top-line goal in hypercholesterolemia and type 2 diabetes. The drug was compared to ezetimibe and placebo in 179 patients with both hypercholesterolemia and type 2 diabetes. The 12-week study met primary endpoints as well as key secondary endpoints. It significantly decreased LDL-C by 40% compared to placebo, reduced high-sensitivity C-reactive protein (hsCRP) and did not worsen glycemic control.

AstraZeneca announced positive topline data for its Phase III TULIP 2 trial for anifrolumab for systemic lupus erythematosus (SLE). It achieved a statistically significant and clinically meaningful decrease in disease activity compared to placebo. The drug is a fully human monoclonal antibody binding to subunit 1 of the type I interferon receptor. This blocks the activities of all type I interferons, which are involved in inflammatory pathways.

Genmab A/S and its partner, Switzerland-based Novartis, announced positive results from their Phase III ASCLEPIOS I and II clinical trials. The trials compared their ofatumumab in a head-to-head study with Sanofi Genzyme’s Aubagio (teriflunomide) in patients with relapsing forms of multiple sclerosis (RMS). The trials met the primary endpoints, with ofatumumab demonstrating a highly significant and clinically meaningful decrease in the number of confirmed relapses. The trials also hit key secondary endpoints, delaying the time to confirmed disability progression.

AbbVie announced that MERU, a Phase III trial of Rova-T as first-line maintenance therapy for advanced small-cell lung cancer (SCLC) did not show survival benefit at a pre-planned interim analysis. As a result, the MERU trial is being closed and the Rova-T R&D program has been terminated. AbbVie plans to prioritize other development programs. Rova-T is an investigational antibody-drug conjugate targeting cancer-stem cell-associated delta-like protein 3 (DLL3), which is found in more than 80% of SCLC tumors. Rova-T combines the targeted antibody with a cytotoxic agent.

Xynomic Pharma announced positive interim data from an ongoing Phase Ib trial of abexinostat in combination with Merck’s Keytruda (pembrolizumab) for multiple solid tumors. It is evaluating the drug in patients with prior progression on Keytruda or other checkpoint inhibitors. To date, a total of seven patients with prior progression on checkpoint inhibitors were enrolled in the Dose Escalation part of the trial. Tumors types included melanoma, urothelial carcinoma, neuroendocrine carcinoma, and esophageal squamous cell carcinoma. The primary focus is dosing.