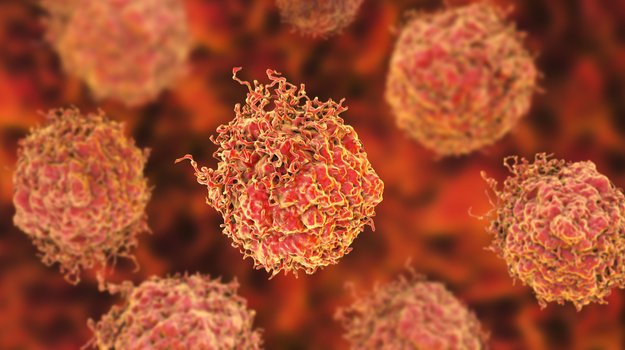 About one in nine men will face prostate cancer in their lifetime. Although usually slow-growing, current treatments such as chemotherapy, surgery and radiation can have debilitating side effects. Researchers at Rice University, Duke University and Mount Sinai recently co-authored a study testing a medical device from Nanospectra Biosciences called AuroLase Therapy that shows dramatic improvements in treatment with few of the side effects. The therapy was invented at Rice University.

“Gold-silica nanoshell infusion allows for a focused therapy that treats the cancer while sparing the rest of the prostate, thus preserving a patient’s quality of life by reducing unwanted side effects, which could include erectile dysfunction and/or the leakage of urine,” stated Ardeshir Rastinehad, associate professor of urology and radiology at the Icahn School of Medicine at Mount Sinai. Rastinehad was the study lead author and trial principal investigator.

The research was published in the journal Proceedings of the National Academy of Sciences (PNAS). In the trial, 16 men between the ages of 58 and 79 with low- to intermediate-risk localized prostate cancer agreed to participate in the trial. Fifteen of the 16 received the two-day treatment, which involved an intravenous infusion of nanoparticles on the first day followed the next day by an image-guided ablation treatment.

All patients went home on the day of treatment, returning for follow-up tests at three- month, six-month, and one-year intervals. Of the 15 men who completed treatment, only two had detectable cancer in follow-up biopsies and MRIs at the one-year mark.

The clinical trial is ongoing. To date it has treated 44 patients at Mount Saini and two other clinical locations in Michigan and Texas.

The particles are minuscule silica spheres with a thin outer layer of gold, called nanoshells. They are approximately 50 times smaller than a red blood cell. They were invented by Rice University engineer and nanoscientist Naomi Halas in 1997. By making variations in the thickness of the gold shell, Halas can “tune” the nanoshells to interact with specific light wavelengths. In 2000, Halas and Jennifer West, a bioengineer at Duke University, co-founded Houston-based Nanospectra Biosciences to develop the technology.

The U.S. Food and Drug Administration (FDA) designated the AuroLase Therapy as a medical device and clinical trials on its safety launched about 10 years ago in late-stage head and neck cancer. It was a 2011 advance in medical imaging that combined ultrasound and MRI that led to the device’s practical use in prostate cancer.

“We were the first, really engineered nanoparticle to go into human beings,” West stated. “In the beginning the FDA wasn’t sure how to handle these types of materials. We had something that looked like an injectable liquid in an IV bag. Was it a drug or a device? There was a point in time where the FDA was discussing creating a whole new division just for nano.”

Around the time Halas and West co-founded Nanospectra, Halas’ father, who was 85 years old, was diagnosed with prostate cancer, driving home the possibilities and need for the therapy. “There’s a bigger picture here,” Halas said. “This (study) is 16 men, but when does it get to be 16,000? Sixteen million? Because one in nine men are going to have to deal with this in their lifetime. The thought that this treatment could alleviate the side effects, and the misery, that my dad experienced is truly heartwarming.”

“This first-in-human pilot device study demonstrates that GSN-directed laser excitation and ablation is a safe and technically feasible procedure for the targeted thermal destruction of prostate tumors, and I am very excited to be part of this new frontier in nanomedicine,” stated Rastinehad. “The early results are very encouraging and with feasibility study enrollment now complete we anticipate publishing results at the initial three-month endpoint for mpMRI targeted fusion biopsies for the entire 45 subject population early next year.”