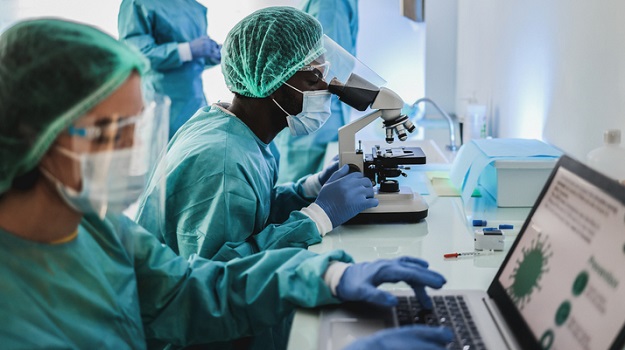 While it was a relatively quiet week for clinical trial announcements overall, BioSpace takes a look at some of the more intriguing ones.

xBiotech USA successfully completed the Phase I portion of its 1-BETTER Phase I/II trial of Natrunix in combination with chemotherapy for pancreatic cancer. They have begun enrolling in the Phase II portion. Natrunix is a True Human antibody discovered, developed and manufactured by Xbiotech. Its antibodies are derived from people with natural immunity to certain diseases. The product appears to target the body’s response to injury, counteracting some of the damaging effects of both chemotherapy and the cancer.

Exelixis initiated the Phase III STELLAR-303 trial of XL092 in combination with Genentech’s Tecentriq (atezolizumab) compared to Bayer’s Stivarga (regorafenib).  The trial includes patients with metastatic colorectal cancer (CRC) that is not microsatellite instability-high or mismatch repair-deficient, who have progressed after or are intolerant to the standard of care therapy.

XL092 is a next-generation tyrosine kinase inhibitor (TKI). The study will enroll about 600 patients with documented RAS status. They will be randomized 1:1 to receive either XL092 in combination with atezolizumab or regorafenib. The primary objective is the efficacy of the combination in patients with RAS wild-type disease.

DermBiont announced positive primary and secondary endpoints in a Phase II study of a topical formulation of SM-020 for seborrheic keratoses (SK). SKs are benign clonal tumors of the skin that often appear in people over the age of 35. The drug is a specific and potent AKT inhibitor that patients can apply at home.

9 Meters Biopharma plans to discontinue its CedLara Phase III trial of larazotide for celiac disease after disappointing interim results. The drug is a synthetic eight-amino acid peptide tight junction regulator designed to inhibit paracellular permeability. The study was on celiac disease patients with gastrointestinal symptoms who stuck to a gluten-free diet.

The primary endpoint was mean change from baseline for celiac symptom severity based on the CeD PRO (celiac disease patient-reported outcomes) abdominal domain score over 12 weeks. After 24 weeks, the results did not show the effectiveness, and a biostatistical analysis suggested it wouldn’t by the time the study was to be completed.

VistaGen Therapeutics completed treatment on the last patient in its PALISADE-1 Phase III trial of PH94B for acute treatment of anxiety in adults with social anxiety disorder (SAD). The company expects topline results in mid-2022. VistaGen is also evaluating the drug for SAD in a second identical Phase III PALISADE-2 trial.

PH94B is a first-in-class, odorless, tasteless, rapid-onset investigational pherine nasal spray with a novel mechanism of action that regulates the olfactory-amygdala neural circuits of fear and anxiety. It also attenuates the tone of the sympathetic autonomic nervous system. It was designed for intranasal administration, and activity occurs within 15 minutes of administration.

Physical symptoms include palate abnormalities, heart defects, immune dysfunction, esophageal and GI issues, and debilitating neuropsychiatric symptoms, including autism spectrum disorder, ADHD and others. The drug is a pharmaceutically manufactured cannabidiol formulated as a permeation-enhanced clear gel, which provides controlled drug delivery into the bloodstream through the skin.

Cognition Therapeutics dosed the first patient in its Phase II SHIMMER study of CT1812 in patients with dementia with Lewy bodies (DLB). The drug is a small oral molecule that targets the sigma-2 receptor. DLB is marked by the accumulation of alpha-synuclein fibrils, the major portion of the Lewy bodies that occur inside brain neurons.
These alpha-synuclein fibrils have deleterious effects across brain structures. They also have a buildup of beta-amyloid oligomers. The accumulation of these pathogenic proteins in DLB is believed to be partially due to autophagy failure and other cellular functions believed to be regulated by the sigma-2 receptor, which is the biological target of CT1812.

Scynexis enrolled the first patient in the Phase IIIb, open-label VANQUISH trial of oral ibrexafungerp for complicated vulvovaginal candidiasis (VVC) in patients who have failed treatment with fluconazole. The study will enroll about 150 difficult-to-treat complicated VVC patients who will receive 600mg of the drug for one, three or seven consecutive days depending on their underlying complicating condition, including being immunocompromised. Of the 14 patients in the Phase III open-label, single-arm FURI study of patients with refractory or relapsed cases of VVC treated with ibrexafungerp, 10 (71.4%) had successful clinical outcomes.

Akston Biosciences and Biolexis announced encouraging topline results from a Phase II/III trial in India of the AKS-452 COVID-29 vaccine. The data was from 1,600 healthy volunteers, 100 in an open-label bridging study and 1,500 in Phase II/III, a double-blind, placebo-controlled trial. The data showed no significant safety issues and a 91% seroconversion rate at Day 56.

The antibody titers persisted at statistically significant high levels through six months, demonstrating protection against variants of concern. The data is expected to be submitted to India’s regulators for emergency use authorization (EUA). The companies have already entered a licensing, manufacturing, and commercialization deal to launch the vaccine globally as AmbiVax-C.