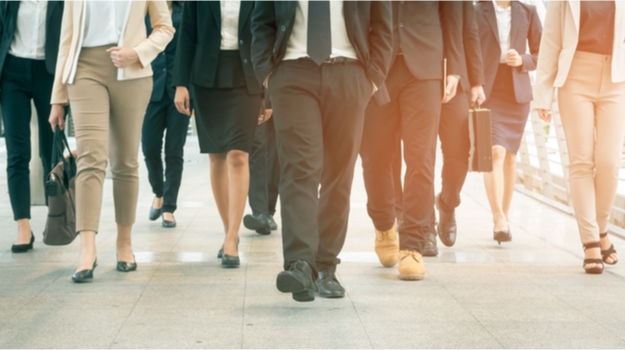 Adverum Biotechnologies – Peter Soparkar was named chief legal officer of Menlo Park, Calif.-based Adverum Biotechnologies. Most recently, Soparkar served as chief legal officer and head of human resources at Counsyl, Inc., prior to the company’s sale to Myriad Genetics. He was instrumental in negotiating and executing that action last year. He also spent 10 years at Jazz Pharmaceuticals, most recently as their vice president and associate general counsel. Prior to Jazz, Soparkar worked at Latham & Watkins in London and San Francisco, with a practice spanning international and domestic markets, as well as private and public transactions.

LabTwin GmbH – Germany-based LabTwin announced Chief Executive Officer Magdalena Paluch is now a member of the Forbes Technology Council, an invitation-only community for world-class technology executives. Magdalena was vetted and selected by a review committee based on the depth and diversity of her experience. Criteria for acceptance include a track record of successfully impacting business growth metrics, as well as personal and professional achievements and honors.

Dialyze Direct -- Former Fresenius Chairman Robert Ehrlich has joined the Strategic Advisory Board of New York-based Dialyze Direct, a kidney care innovation company. Having served for a decade as chairman and CEO of Fresenius, the world's largest dialysis company, Ehrlich brings a rich knowledge of the dialysis industry to the company. His career has spanned a variety of other sectors, including time spent as CFO of Mattel, CEO at Arotech and, most recently as CEO of Red Lion Ltd. Ehrlich's appointment comes on the heels of a bevy of company news including the launch of a dedicated innovations group, as well as the naming of former Time Warner and HBO CEO Gerald "Jerry" Levin to the position of Chief Mission Officer.

Varian, Inc. – Anshul Maheshwari, vice president and treasurer of Varian, will take on an expanded role of head of investor relations as of Dec. 1. Prior to joining Varian in July 2018, Maheshwari was the assistant treasurer of Bechtel Corporation, where he had global responsibility for cash operations, investments, capital structure and bank relationships.  He spent nine years at Bank of America Merrill Lynch, as a coverage officer in the Corporate & Investment Bank where he focused on advising global corporations on treasury management, debt and equity capital raising.

Tempus – Former FDA Commissioner Scott Gottlieb joined the board of directors of Chicago-based precision medicine company Tempus. Gottlieb will serve as an advisor to Tempus and its leadership team, leveraging his experience as a medical policy expert and public health advocate to support Tempus as it harnesses the power and promise of big data and artificial intelligence to personalize patient care. In addition to his role on Tempus’ board, Gottlieb is a Special Partner of New Enterprise Associations, Inc.’s healthcare investment team, a Resident Fellow of the American Enterprise Institute, and a member of Pfizer’s board of directors.

Marinus Pharmaceuticals – Joe Hulihan was named chief medical officer of Pennsylvania-based Marinus Pharmaceuticals. Hulihan will succeed outgoing CMO, Lorianne Masuoka, who is retiring from the position. Hulihan brings close to 30 years of experience in clinical drug development, medical affairs and research in numerous conditions in neurology and psychiatry including epilepsy, ADHD, schizophrenia and mood disorders. Most recently, he was principal at Paradigm Neuroscience, where he provided consulting services including clinical and strategic support for neurotherapeutics in all phases of development. Prior to that, Hulihan spent 15 years at Johnson & Johnson in roles of increasing responsibility with a primary focus on neurology and psychiatry.

Astia -- nVision Medical founder and CEO Surbhi Sarna was named to the Astia Board of Directors. Sarna also sits on the board of Penumbra (PEN) as well as Draper University. nVision Medical was the first investment made by Astia Angels when the group was founded in 2013 and is one of six companies that have exited the portfolio, and one of four returning above-market returns for Astia Angels investors. Sarna founded the medical device company dedicated to women's health innovation in 2011. The company was acquired by Boston Scientific in 2018.

EarlySign – Jeremy Orr was named CEO of Israel’s EearlySign, a leader in machine learning-based solutions to aid in the early detection and prevention of high-burden diseases. Orr, who becomes CEO after serving as EarlySign's CMO for the past year, succeeds company co-founder Ori Geva, who will remain with EarlySign as president and director of Commercial Strategy.

CV Sciences – Beth Altman was named to the board of directors of San Diego-based CV Sciences. Altman has worked at KPMG since 1993, most recently as an office Managing Partner. Altman also served as a board member of the Corporate Directors Forum.

Boundless Bio – Christian Hassig was named CSO of Boundless Bio. He will oversee the company’s drug discovery efforts, grow the company’s research team, and guide the company in building out a pipeline of ecDNA-targeting therapeutics. Prior to joining Boundless Bio, Hassig served as CSO of Sierra Oncology. He previously served in a series of roles of increasing responsibility at the Sanford Burnham Prebys Medical Discovery Institute, including head of drug discovery. Hassig also held several positions within the Biology and Lead Discovery departments at Kalypsys, Inc.

Arcus Biosciences – Antoni Ribas joined the board of directors at Arcus Biosciences. Ribas is Professor of Medicine, Surgery, and Molecular and Medical Pharmacology at the University of California Los Angeles, director of the Tumor Immunology Program at the UCLA Jonsson Comprehensive Cancer Center, and Director of the Parker Institute for Cancer Immunotherapy Center at UCLA.

Mirum Pharmaceuticals – Ed Tucker was named CMO of Mirum Pharmaceuticals. Tucker most recently served as chief operating officer at Acerta Pharma where he was responsible for business and operational activities across the heme-oncology pipeline. During his tenure at Acerta, Prior to Acerta, Tucker held leadership positions in clinical development, medical safety and medical affairs at Bayer AG, Janssen Pharmaceutical and Genentech.