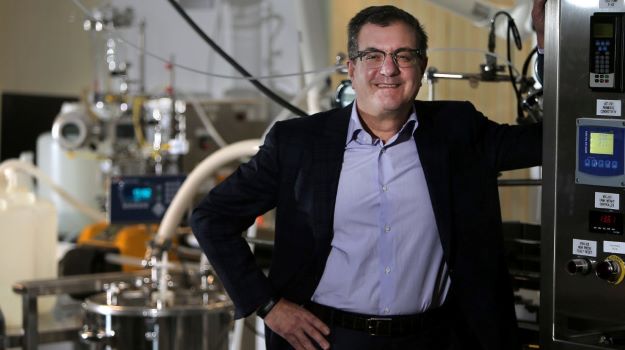 Evelo Biosciences: John Maraganore, the former chief executive officer of Alnylam, and Tassos Giankakos, CEO of MyoKardia, joined Evelo as strategic advisers. Maraganore served as the founding CEO and director of Alnylam from 2002 to 2021. Before Alnylam, Maraganore’s career included leadership roles across research, development and other areas at Millennium Pharmaceuticals and Biogen. Before MyoKardia, Giankakos held leadership roles at MAP Pharmaceuticals, Codexis, Inc. and Madygen.

Ocuphire Pharma, Inc.: Jay Pepose was appointed chief medical adviser of Ocuphire. Pepose has served on Ocuphire’s medical advisory board since 2018 and board of directors since 2021. He is the founder and Medical Director of the Pepose Vision Institute. He also founded the Midwest Corneal Research Foundation, now the Lifelong Vision Foundation.

Akoya Biosciences Inc: Ehab A. El-Gabry was named CMO, a newly-created position at the company. El-Gabry is a board-certified pathologist who served as the senior medical director for Roche Tissue Diagnostics Personalized Health Care Solutions.

CAMP4 Therapeutics: Kelly Gold was named CFO of CAMP4. Gold currently serves as the company’s chief business officer and SVP of finance. Gold joined CAMP4 in 2017 and has held roles of increasing responsibility within the company. Before joining CAMP4, Gold held various corporate finance and business planning positions at Biogen. Prior to Biogen, Gold worked in both the healthcare and Latin American investment banking groups at Deutsche Bank. Gold began her career as a mechanical engineer designing biocontainment systems for Biosafety Level 4 research facilities.

eGenesis: Michael Curtis was promoted to chief executive officer of eGenesis. He succeeds Paul Sekhri, who will remain on the board of directors. Curtis has served as president of research & development at eGenesis since joining the company in 2020. He joined eGenesis from Cadent Therapeutics, where he served as president and head of R&D.

Cerevance: Privately-held Cerevance appointed Craig Thompson to CEO. Brad Margus will transition from CEO to executive chairman of the board of directors at the end of April. Thompson most recently served as president and CEO at Neurana Pharmaceuticals, a private company focused on the treatment of neuromuscular conditions. Prior to Neurana, he served as president and CEO of Anthera Pharmaceuticals, and before that, as a chief operating officer of Tetraphase Pharmaceuticals. Before Tetraphase, he was chief commercial officer for Trius Therapeutics. Thompson served in various commercial and marketing roles of increasing responsibility at Pfizer and Merck.

ImmPACT Bio USA: Venkata P. Yepuri was named chief operating officer. Yepuri will oversee business operations across the company. He joins ImmPACT from Amgen, where he spent 20 years in multiple roles with increasing responsibility in functions including business development, corporate transformation, information systems, and strategic sourcing/sustainability. He was most recently vice president, global business solutions and chief procurement officer at Amgen. Prior to Amgen, he co-founded a physician group purchasing company in the U.S.

Acrivon Therapeutics: Rasmus Holm-Jorgensen was named CFO. Prior to his appointment, Holm-Jorgensen was part of the founding team and chief strategy and portfolio officer of Kiniksa Pharmaceuticals since its inception in 2015. Previously, he was group vice president and general manager at Synageva BioPharma. Holm-Jorgensen also worked for Novo Nordisk in Denmark, U.S., Brazil and Mexico.

Vigil Neurosciences, Inc.: Christopher Verni was named general counsel and Mary Thistle was appointed to the board of directors of Vigil. Verni previously served as SVP, deputy general counsel and chief intellectual property officer at Sarepta Therapeutics. He served as a senior patent counsel at ARIAD Pharmaceuticals before Sarepta. Previously, Verni served as a senior patent counsel at Genzyme and corporate counsel – intellectual property at Pfizer. Thistle currently serves as a special advisor at the Bill & Melinda Gates Research Institute. Previously, she was the COO at Dimension Therapeutics. Before that, she held several executive level roles at Cubist Pharmaceuticals, PerkinElmer, and ViaCell across business development, strategy, operations, and finance. Thistle currently serves on the Board of Directors of Alaunos Therapeutics, Homology Medicines, Entrada Therapeutics, Enterome, SA and Cocoon Bio.

eHealth Technologies: Jeff Freier was promoted to vice president of operations, and Sean Ways was tapped as VP of engineering. Freier previously served in various roles within the organization, including Business Program Director, Senior Regional Operations Director, Director of Customer Engagement, and Regional Team Leader. Ways most recently served as the software engineering lead for ISACA following its purchase of CMMI, a spin-off of Carnegie Mellon’s Software Engineering Institute.

VectivBio Holding AG: Patrick Malloy was named SVP of investor relations and strategic communications. Malloy joins VectivBio after more than four years at Arena Pharmaceuticals where he served as VP of investor relations and corporate communications. Prior to joining Arena, Malloy spent over 16 years at Actelion Pharmaceuticals, where he held several commercial and corporate strategic leadership roles across the organization.

Todos Medical: Philippe Goix was named chief commercial officer of the company’s CLIA/CAP certified lab, Provista Diagnostics. Goix served as president and CEO of Prism Health Diagnostics, Inc., which he co-founded in late 2015. Prior to PHDX, Goix consulted for several healthcare companies from 2013 to 2015. Between 2004 through 2013, Goix served as president and CEO of Singulex, Inc. In academia, Goix served as a research scientist at Stanford University, Lawrence Livermore Laboratory, Sandia Research Laboratory and Centre National de Recherche Scientifique in France.

Homology Medicines: CSO Albery Seymour has been promoted to president of Homology. In addition to his duties as CSO, Seymour will assume broader responsibilities for additional functional areas, including human resources, clinical development and operations and commercial strategy. Seymour was one of the first employees of Homology and has served as CSO since joining in 2016. Prior to Homology, Seymour was the SVP and head of Global Research and Nonclinical Development at Shire plc. Before that, Seymour served as the VP and head of Drug Discovery and Translational Research at Shire. Before Shire, he spent 14 years at Pfizer Inc., leading a team in the application of human genetics and computational biology to discover and develop therapeutics and pharmacogenomics strategies in diabetes, inflammatory diseases and oncology.

Intra-Cellular Therapies: E. Rene Salas was appointed to the board of directors and will serve as a member of the audit committee. Salas worked at Ernst & Young, LLP in a variety of roles, most recently as a senior client partner. From 2020 to 2022, he served as the CFO of Wellstat, LLC, an early-stage biopharmaceutical company. He currently serves on the board of directors for Embody, Inc., a privately-held medical device company focused on soft tissue healing.