BioNTech Reps Accused of Holding Up WHO Africa Vaccine Production 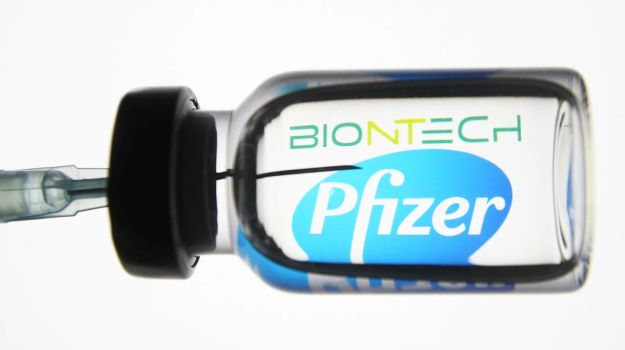 In an article by the BMJ, co-published with German newspaper Die Welt, kENUP had called the mRNA vaccine efforts in Africa "doomed to fail." The BMJ report also said that kENUP thought the project likely infringes on the BioNTech and Moderna patents on the vaccine.

Getting vaccines to Africa is key to ending the pandemic. The New York Times reported that Africa has the lowest vaccination rate against SARS-CoV-2 of any continent. As of February 10, 2021, only 15% of the population had received at least one dose of the vaccine. This is compared to 77% in the U.S. and Canada and 75% in Latin America. With such low vaccination rates, the WHO worried about the impending death toll and started making plans to get vaccines to African people.

The vaccine project in Africa started in June 2021. The WHO launched a technology transfer hub in South Africa with the goal of using publicly available information to recreate vaccines. The WHO wanted the facility to be able to scale up the production of lifesaving vaccines for Africa from 1% to 60% local manufacturing.

Five months later, both BioNTech and Moderna announced their own initiatives to manufacture vaccines in Africa. Previously, BioSpace reported that BioNTech had signed a Joint Communiqué in August 2021 to evaluate sustainable vaccine manufacturing efforts in Rwanda and Senegal, per WHO's guidelines.

If the project were deemed feasible, BioNTech planned to manufacture and supply COVID-19 mRNA vaccines to Member States of the African Union. By October 2021, BioNTech had signed a Memorandum of Understanding with the Rwandan government for the construction of an mRNA vaccine manufacturing facility in Rwanda. The memorandum came three weeks after Moderna's announcement to build a similar mRNA facility in Africa.

But BioNTech's plan has apparently soured. The kENUP Foundation, a consultancy that BioNTech hired, deemed WHO's efforts likely to fail. In documents obtained by the BMJ, kENUP said that WHO's actions infringe on vaccine patents.

More documents showed that kENUP's proposal would create mRNA vaccine factories in sea containers—which would be staffed entirely by BioNTech workers. This manufacturing process proposal came with its own regulatory approval process, which would avoid local African regulatory requirements. The BMJ said that kENUP's plan was undermining the drug industry. The BMJ, as well as several WHO leaders, have criticized the plan.

"Only somebody who doesn't know how it works can say something like that," said Marie-Paule Kieny, who has worked with WHO on vaccines for decades and is the chair of the WHO's vaccine hub steering committee.

According to The Medicines Patent Pool, the organization in charge of intellectual property and licensing for WHO's vaccine hub, there is no need to worry about patent violations.

As world leaders argue over politics and patents, the African people continue to suffer from a lack of vaccines. As of February 9, 2021, there were at least 11,199,000 reported infections and 243,000 deaths due to COVID-19. BioSpace will continue reporting on BioNTech's and kENUP's responses to the situation.