Lilly, Roche Push Back Against CMS Draft Guidance on Aduhelm 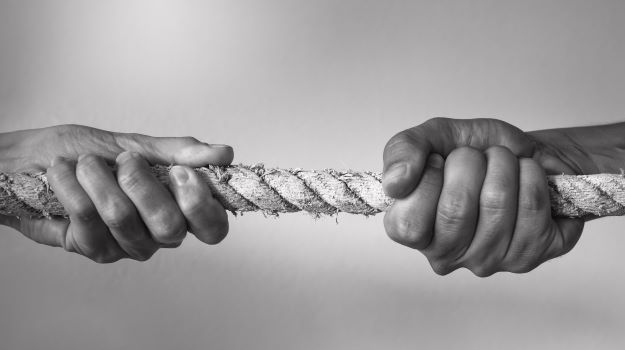 The guidance was very broad, with the agency saying it would only cover the cost of Biogen’s Aduhelm and any required scans “if they are enrolled in qualifying clinical trials.” Those trials would need to “demonstrate a clinically meaningful benefit in cognition and function.”

Significantly more problematic, CMS proposed applying this guidance to any drugs in that class. Aduhelm is a monoclonal antibody that clears beta-amyloid, a protein that abnormally accumulates in the brains of Alzheimer’s patients. Although beta-amyloid is a factor in the disease, it’s not completely clear that removing it improves cognition and memory, though some evidence suggests it does. When this was announced, many biopharma companies and industry observers expressed concern that this was overly broad and would negatively impact the industry, particularly companies currently developing anti-amyloid drugs.

Two of the other big players in the field have now expressed their criticism of that guidance. As part of Eli Lilly’s fourth-quarter and full-year financial report, the company indicated that its timeline for an accelerated approval request for its own Alzheimer’s drug, donanemab, was no longer on schedule for the first quarter after the CMS draft guidance.

Eli Lilly had initiated a rolling submission of the drug in October 2021, with plans to complete it in this first quarter of 2022. However, due to the questions over the proposed CMS policy, they have suggested delaying the submission until they have a final readout from the Phase III Trailblazer 2 studies, which isn't expected until 2023.

In the open comments section, Lilly wrote, “We urge the Centers for Medicare & Medicaid Services to cover new monoclonal antibodies directed against amyloid plaque for the treatment of Alzheimer’s disease upon Food and Drug Administration approval for the populations studied in their positive registration trials. Subsequent changes in the covered patient populations can be based on changes in FDA-approved labeling or evidence in peer-reviewed published studies.”

Lauren Neves, deputy vice president of PhRMA, a trade organization of the biopharmaceutical industry, also wrote in support of the class of drugs, stating, “We urge CMS to ensure that any NCD developed for this particular class of medications (i.e., monoclonal antibodies directed against amyloid for the treatment of Alzheimer’s disease) remains sufficiently flexible to account for a range of reasonable and necessary treatment options that are available and may become available going forward. For example, as it considers national coverage policy, CMS will need to account for potential differences in drugs and clinical research supporting them, including the targeted patient population, study endpoints, and/or related diagnostics.”

Genentech, a Roche company, is expecting a vital data readout on its own anti-amyloid drug, gantenerumab, in the second half of 2022. It also has another drug in development, crenezumab. In a statement, David Burt, executive director of federal government affairs for Genentech, said, “We believe that by including anti-amyloid therapies still undergoing Phase III clinical trials within the scope of this policy, CMS is jeopardizing individuals’ access to products that may be approved in the future and that might be appropriate for their specific treatment needs, without even considering the evidence for those products.”

Furthermore, Genentech argues that limiting coverage for these drugs outside clinical trials they approve limits the potential for real-world evidence, an increasingly important modality for generating clinical data.

Within the comments section, the responses vary widely. For example, Kevin Schulman, a professor of Medicine at Stanford University, noted that he and his team had published an article in JAMA on July 19, 2021, that reviewed Aduhelm and found that it “is not reasonable and necessary given the clinical evidence and the unfavorable risk-benefit profile.”

However, Ronald Peterson, professor of Neurology at Mayo Clinic, wrote, “As the inaugural chair for six years of the HHS Advisory Council on Research, Care and Services for the U.S. National Plan to address Alzheimer’s Disease, I am keenly aware of the primary goal of the national plan which is to develop therapies for Alzheimer’s Disease by 2025. While aducanumab may not be a cure for the disease, it does offer an opportunity to treat one of the primary defining components of Alzheimer’s disease, amyloid. As such, we need to provide CMS coverage for our patients to assess the clinical efficacy of the drug as outlined in the Plan. The CMS populations needs the opportunity to evaluate a disease-modifying therapy.”

Another twist is that 47 House Republicans signed a letter against the draft coverage determination, arguing that CMS was proposing to restrict access to a drug that has “already been approved by the FDA as safe and effective” and that the agency seemed to be questioning FDA’s “expertise and authority.”

In their own comments, Biogen defended the drug and described a three-pronged plan for generating real-world evidence that would complement instead of duplicate existing clinical trials and address CMS’s remaining issues with the drugs. They included:

#1. “A focused registry, such as the International Collaboration for Real-World Evidence in Alzheimer’s Disease (ICARE AD) to measure real-world outcomes.”

#2. “A novel Alzheimer’s Disease Clinical Data Research Network (CDRN), modelled on approaches from other diseases like MS and oncology to allow for broad data-sharing and comparative analyses.”