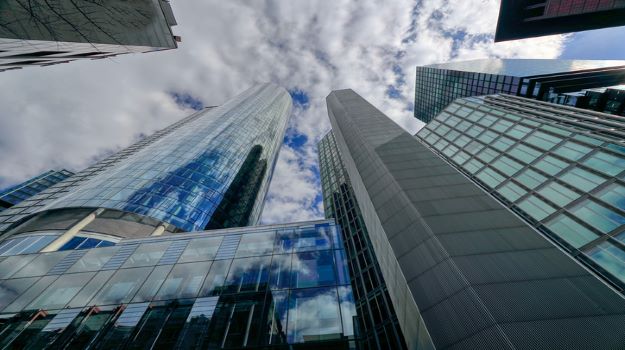 After the spring reductions in the workforce that left thousands of biotech employees searching for jobs, larger companies are, for the most part, moving forward, while some of the smaller ones are struggling to optimize operations and cut costs.

Further reductions in the workforce can be expected, along with more mergers and acquisitions as some financial analysts say the U.S. is in – or will soon be in – a recession (defined as two consecutive quarters of declining economic growth), as the Federal Reserve Board increased the primary credit interest rate 1.75% – a 0.75 percentage point increase -  effective June 16. In contrast, NASDAQ, citing consumer spending, predicts a recession “probably won’t occur for at least the next year.”

Here’s a look at what some of the biotech companies are doing now, after their layoffs and what prompted their employee furloughs.

Athersys laid off 70% of its staff in June – including its COO, CSO and CFO – after its stroke therapy failed in Phase II/III trials. The company's stock closed at $0.27 on June 17, down from its 52-week high of $1.81. The company postponed its annual shareholder’s meeting from June 15 to July 28 to allow time for a proposal authorizing the board of directors to amend the company’s certificate of incorporation to create a reverse stock split in an attempt to return share prices to the $1 minimum required for NASDAQ listing.

In March, Biogen began laying off employees after lower-than-anticipated sales of its Alzheimer's drug, Aduhelm. It also backed out of its agreement to purchase Karyopharm Therapeutics and its amyotrophic lateral sclerosis (ALS) asset. Biogen's stock opened at $192.11 per share on June 17, down from a 52-week high of $391. The company has stated plans “to continue to return cash to shareholders through share repurchases.”

In June the company announced positive Phase III data for its biosimilar version of tocilizumab for rheumatoid arthritis, a license and collaboration agreement for a GBA2 inhibitor to treat Parkinson’s disease and launched the biosimilar Byooviz (ranibizumab-nuna) in the U.S. for three ophthalmology indications.

Biogen expects two more regulatory filings this year and plans call for expanding its biosimilars business, as well as increasing its focus on R&D, reducing costs and enhancing productivity. The company said it will be focusing on “key emerging markets, such as China and certain markets in both Latin America and the Middle East.” It is also providing support for humanitarian efforts in Ukraine.

An FDA Advisory Committee unanimously recommended that the FDA approve betibeglogene autotemcel (beti-cel) and elivaldogene autotemcel (eli-cel) recently. Beti-cel is scheduled to come before the U.S. Food and Drug Administration on August 19, while eli-cel is scheduled for review on September 16. After falling from a 52-week high of $21.74, bluebird bio’s stock rallied on positive news, jumping more than 34% to $3.84 in midday trading on June 1 before closing at $3.56. The surge was attributed to a positive message from CEO Andrew Obenshain at the European Hematology Association Hybrid 2022 Congress regarding its cell therapies for sickle cell disease and beta thalassemia.

Gilead laid off 114 employees in March after acquiring Immunomedics in 2020. First-quarter revenue this year was up 3% in year-over-year earnings. It made a $725 million collaboration opt-in payment to Arcus Biosciences, repaid $500 million in debt, paid $945 million in dividends and repurchased $352 million of common stock. Its stocks opened at $57.37 on June 19, down from a 52-week high of $74.12. The Q1 report said the company's effective tax rate for the quarter was 107.9%, compared to 23.9% for Q1 2021 because of a $2.7 billion in process research and development (IPR&D) impairment related to the Immunomedics deal in 2020.

After acquiring Acceleron in 2021, Merck laid off 143 employees in March. That doesn’t make a dent in its 71,000-employee headcount but is part of the larger biotech trend this spring as companies realign their workforces. Going forward, Merck says it is “making significant investments in [its] research and discovery facilities and infrastructure in the U.S. and around the world.” That includes the recent expansions of the Exploratory Science Center in Cambridge, MA and its West Point, PA site, as well as the development of the 220,000-square-foot London Discovery Center. Merck’s website lists hundreds of job openings throughout the company.

Novartis accelerated its restructuring in April to accelerate its overall growth and strengthen its pipeline. On Tuesday, the company revealed it would be cutting 8,000 jobs in hopes of saving at least $1 billion by 2024.

Since its Q1 report was issued, Novartis has resumed its business in Ukraine and is supplying medical and humanitarian aid. It has signed a manufacturing deal with Samsung Biologics while Greece has filed a bribery lawsuit for €214 million, alleging a payout to doctors.

Layoffs didn’t cease with the March culling and may continue as the economy slows. For example, in June, Genocea ceased operations, Atreca announced layoffs are part of corporate restructuring and Praxis reduced its workforce after the failure of a Phase II/III clinical trial. Amarin and Vincerx Pharma also announced layoffs. Biotech employees, therefore, should prepare for tumultuous times ahead.