Following its North Star, AbbVie is Taking the Reigns in Migraine Treatment 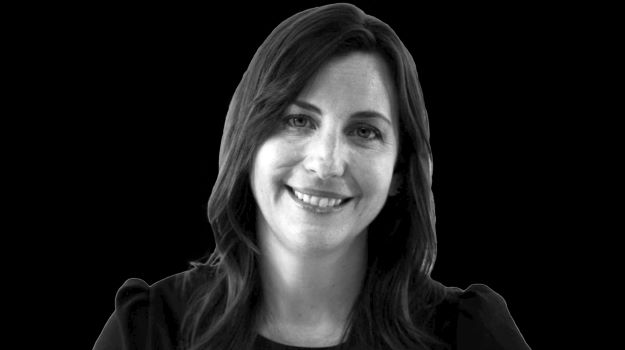 Migraine is a common neurological disorder experienced by more than one billion people across the globe. Despite the frequency of occurrence, AbbVie’s Aubrey Adams explains that no two migraine patients are exactly alike, which drives the company’s mission to develop best-in-class therapies to treat the disorder that contributes to a loss of productivity in the global economy.

Adams, U.S. area head for therapeutic neurotoxins & migraine, medical affairs at AbbVie, told BioSpace that the Illinois-based company is committed to addressing the burden of migraine. She noted that AbbVie is the only company that offers three treatments across the full spectrum of migraine.

“Our brands are well-positioned across the migraine spectrum to provide HCPs (health care practitioners) and their patients the ability to optimize care,” Adams said in an email. “Bolstered by the legacy of Allergan, AbbVie has been a long-standing leader in the migraine community, keeping patients at the center of what we do.”

Since its $63 billion acquisition of Allergan in 2019, AbbVie has become one of the leading companies developing therapies for the different types of migraine that affect people. Its product list includes the vaunted Botox (onabotulinumtoxinA), which is widely used as a preventive treatment for adult patients with chronic migraine. The crown jewel of AbbVie’s migraine portfolio, Botox was first approved for migraine by the U.S. food and Drug Administration in 2010. Also included in its portfolio of migraine therapies is Ubrelvy (ubrogepant), which has been approved for the acute (immediate) treatment of migraine with or without aura, a sensory phenomenon or visual disturbance associated with migraine.

Ubrelvy, which AbbVie gained in the Allergan acquisition, was the first drug in the class of oral calcitonin gene-related peptide (CGRP) receptor antagonists to be approved for the acute treatment of migraine. During severe attacks, CGRP is released, and treatment with Ubrelvy blocks the peptide from binding to its receptors. The 2019 FDA approval was based on two pivotal studies showing that Ubrelvy led to significantly greater levels of pain freedom and freedom from the most bothersome migraine-associated symptom (defined as nausea, hypersensitivity to light or hypersensitivity to sound) at two hours when compared with placebo.

“Based on our nearly 12 years of experience treating migraine, we know that no two migraine patients are alike. It is important for healthcare providers to have a variety of treatment options, including Qulipta, specifically developed to target CGRP, which is believed to be crucially involved in migraine in many patients,” Adams said.

It is estimated that approximately 12% to 14% of people globally are affected by migraine. It is the highest cause of disability worldwide for people under 50 years of age. In a 2018 AJMC article, approximately 1 out of every 7 American adults, including 1 in 5 in the midst of their peak employment years (18 to 54), reported severe headaches or migraine during the preceding three-month period. The direct and indirect impact on the U.S. economy was estimated to be $36 billion in 2016, with sufferers losing time to absenteeism and short and long-term disability.

Adams noted that a key to understanding migraine is that the disorder is much, much more than a headache. While it is accurate that migraine is marked by severe headache, it is a complicated neurological disorder that includes other issues such as vomiting, nausea, phonophobia, which is a fear of loud noises and/or photophobia, a sensitivity to light. Many patients are forced to seek additional treatment options from physicians due to the difficulty of finding adequate relief. That’s why it’s important for treating physicians to be able to recognize the migraine spectrum in order to prescribe the proper treatment.

Severe migraine headaches have a negative impact on quality of life. People who are afflicted with these types of migraines typically remain in bed with the lights out. Even minor movement can be painful. There are also parallel impacts such as anxiety and depression, which are often comorbid with migraine.

Migraine is characterized broadly by attack frequency, Adams said. People living with episodic migraine generally have one to 14 headache days per month. Then, there is chronic migraine, which affects about 4 million people in the U.S. People with chronic migraine experience 15 or more headache days each month, with migraine symptoms on at least eight of those days, each lasting four or more hours.

“Since migraine is different from person to person, and even in the same person from attack to attack, it’s important that healthcare providers have a variety of treatment options available to treat the differing needs of their patients. To that end, we are continuing research to investigate additional uses and benefits of our on-market products,” Adams said.

To be sure, AbbVie is not the only company focused on the development of migraine treatments. Last year BioHaven Pharmaceutical announced positive Phase III data from its second pivotal trial assessing intranasal zavegepant for the treatment of acute migraine in adults. The data will be used to support potential approval in the United States and other countries, the company said. Zavegepant distinguishes itself by coming in both an oral and intranasal formulation – an option many patients may prefer.

Also last year, Amgen posted data showing that its migraine drug Aimovig (erenumab-aooe) held its ground against topiramate, a nerve pain drug commonly prescribed for migraine. A CGRP inhibitor, Aimovig proved to be more effective and better tolerated in patients. And two years ago, Denmark-based H. Lundbeck A/S won approval for Vyepti, a preventative treatment for migraine. Like Qulipta and Aimovig, Vyeptis is a CGRP inhibitor.

As AbbVie moves forward with studies of migraine-aimed therapies, Adams noted that the company’s mission is patient-centric. She said patients are the “North Star,” meaning the guiding light, in all that the company does. With 39 million people in the U.S. alone impacted by migraine, she said AbbVie researchers are working tirelessly to innovate new treatment options to provide much-needed relief.

That patient-centric idea has allowed AbbVie researchers, including Adams herself, to witness the impact of migraine symptoms on patients first-hand. Many members of AbbVie’s team have either personal experience with migraine or have seen the impact on loved ones, she said. And that has been a driving factor in the company’s commitment.