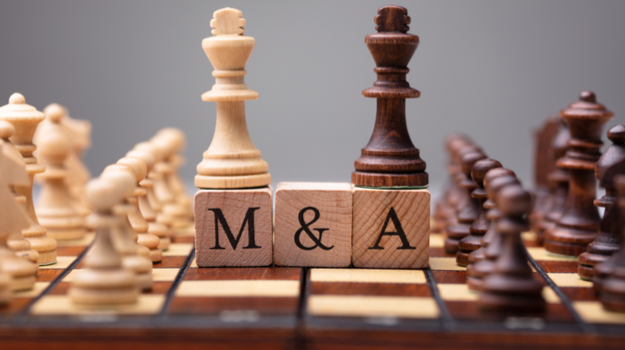 AbbVie and Boehringer Ingelheim both flexed their M&A muscles this morning with deals that will enhance their oncology pipelines.

Illinois-based AbbVie dove into the STING (STimulator of INterferon Genes) pathway with the acquisition of Seattle-based Mavupharma. The STING pathway has become an important area of study for numerous companies. The STING pathway plays an important role in the innate immune system, which is the body’s first line of defense against various pathogens, including the development of cancerous tumors. Enhancing the STING pathway has shown promise in multiple tumor models, AbbVie said in its announcement this morning. STING pathway stimulation has the potential to increase the susceptibility of tumors and broaden treatment options for patients, the company added.

Mavupharma's lead clinical candidate is MAVU-104, a first-in-class, orally active, small molecule inhibitor of ENPP1, an enzyme involved in the regulation of the STING pathway. Inhibiting ENPP1 activity with MAVU-104 allows for highly controlled enhancement of STING signaling in tumors without the need for injections. When STING is activated to ward off an invading pathogen, the body begins to produce inflammatory proteins called cytokines and interferons. Those inflammatory proteins then kick the innate immune system into gear, which then produces T cells to destroy the pathogens.

Steve Davidson, AbbVie’s head of oncology discovery, said Mavupharma's platform has the potential to further AbbVie’s immuno-oncology portfolio and assist in the development of transformative medicines for patients. Davidson said AbbVie’s oncology vision is to “advance breakthrough areas of science” that will lead to a strong pipeline of innovative cancer therapies.

Financial terms of the acquisition were not disclosed. There was also no word on whether or not the employees at Mavupharma will be absorbed into AbbVie or if cuts will be made to avoid redundancies. Other companies in the STING field include Boston-based IFM Therapeutics, Nimbus Therapeutics, California-based Aduro Biotech, Pharma giants Merck and Eli Lilly.

Under terms of the deal, Boehringer Ingelheim made an undisclosed upfront payment to AMAL. The total deal could amount to €325 million, which includes clinical, development and regulatory milestones, as well as an additional €100 million if certain commercial milestones are hit.

Michel Pairet, a member of Boehringer Ingelheim’s Board of Managing Directors with responsibility for the company’s Innovation Unit, said acquiring AMAL is part of the company’s strategy to enhance its position as an innovator of novel cancer therapies, including immuno-oncology treatments.

“We want to pioneer new paradigms of biology-based care for cancer patients, and the technologies and expertise developed at AMAL are critical to our efforts,” Pairet said in a brief statement.

The AMAL deal will boost previous acquisitions made by Boehringer Ingelheim, including the 2018 acquisition of Vira Therapeutics and the in-licensing of OSE Immunotherapeutics’ SIRP-alpha targeting antibody.