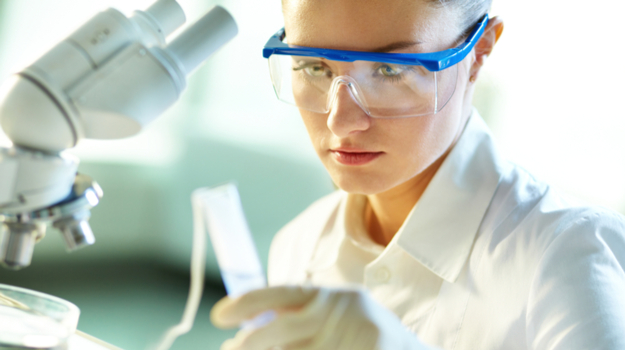 In February, Boston-based IFM Therapeutics launched its second subsidiary, IFM Due, a company focused on developing STING antagonists, among others, to target diseases like Parkinson’s, NASH and lupus.

STING antagonists have become a hot area of exploration for many companies. The drugs target a protein called STING (stimulator of interferon genes), which plays an important role in the innate immune system, which is the body’s first line of defense against various pathogens. When STING is activated to ward off an invading pathogen, the body begins to produce inflammatory proteins called cytokines and interferons. Those inflammatory proteins then kick the innate immune system into gear, which then produces T cells to destroy the pathogens. In order to boost this immune response in patients battling a number of diseases, researchers are diving into the development of medications that will activate the STING pathway in order to boost the body’s T cell response. Because of its support of a T cell response, several companies are pairing STING programs with existing checkpoint inhibitor programs to double the chances of eliciting the desired kind of response.

When launching IFM Due, IFM Chief Executive Officer Gary Glick said going after the STING pathway, along with the cGAS pathway, enables company researchers to focus on genetically validated therapeutic targets that have been implicated in a growing number of autoinflammatory and autoimmune disorders.

California-based Aduro Biotech is also developing medications to stimulate the STING pathway. Aduro's STING Pathway Activator platform is designed to activate the intracellular STING receptor, resulting in a potent tumor-specific immune response. ADU-S100 is the first therapeutic in development for Aduro that specifically targets STING. In collaboration with Novartis, it is being tested in a Phase I clinical trial as a single agent and in combination with ipilimumab, and in a Phase Ib trial with spartalizumab (PDR001), an investigational anti-PD-1 compound. These studies are enrolling patients with cutaneously accessible, advanced/metastatic solid tumors or lymphomas. In preclinical models, ADU-S100 was shown to directly activate STING to further amplify the natural anti-tumor response, the company said. Once activated, the STING receptor then initiated a “profound innate immune response through multiple pathways,” which then induced the expression of a broad profile of cytokines, including interferons and chemokines, the company said. This subsequently led to the development of a systemic tumor antigen-specific T cell adaptive immune response.

Pharma giant Merck is also taking a stab at STING. In the fall of 2018, the company announced preliminary data from a Phase I clinical trial evaluating MK-1454, an investigational STING agonist. MK-1454 is being investigated as both a monotherapy and in combination with Merck’s vaunted checkpoint inhibitor Keytruda, an anti-PD-1 therapy, in patients with advanced solid tumors or lymphomas. Preliminary data announced in October showed that patients who received both MK-1454 and Keytruda showed robust anti-tumor responses. At the time of analysis, all of the partial responses were ongoing and had lasted six months or longer. None of the responders had previously received a PD-1/PD-L1 inhibitor therapy. The disease control rates were 20 percent and 48 percent for the monotherapy and combination arms, respectively, Merck said at the time.

In January, another company entered the STING space. Washington-based Mavupharma selected its first immuno-oncology clinical development candidate, MAVU-104, a novel innate immune modulator. MAVU-104 is a first-in-class, orally active, small molecule inhibitor of ENPP1, a phosphodiesterase that negatively regulates the STING pathway. Inhibiting ENPP1 activity with MAVU-104 allows for highly-controlled enhancement of STING signaling in all tumors and lymph nodes without any injections, the company said in January. Mike Gallatin, Mavu’s president and co-founder said focusing on blocking a key negative regulator of the STING pathway, as opposed to directly stimulating STING itself, the “degree and duration of innate immune activation are tunable, which avoids both overstimulation of the pathway and high levels of cytokine release.” Mavu plans to file an investigative new drug application with the U.S. Food and Drug Administration in the second half of this year.