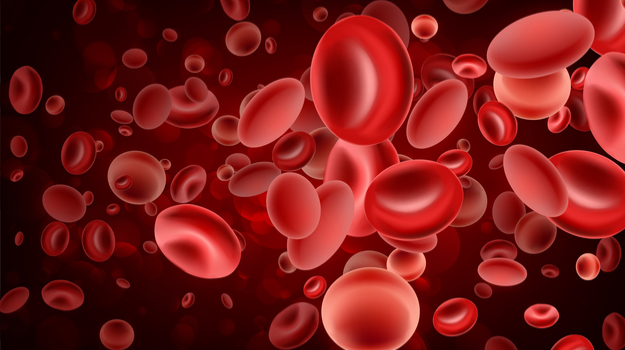 The American Society of Hematology is holding its 60th Annual Meeting & Exposition starting December 1 and running through December 4 in San Diego. Most of the players, big and small, in cancer drug therapies will be there, presenting updates and breaking stories about their hematology pipelines.

The meeting starts bright and early on Saturday morning at 7:30 a.m. with an Ad Hoc Scientific Committee on Epigenetics and Genomics. This will also be repeated on Sunday at 9:30 a.m. Nicholas Haining, of the Broad Institute of MIT and Harvard, will discuss the role of epigenetics in T-cell exhaustion. Robert Schreiber, Alumni Endowed Professor of Pathology and Immunology at Washington University School of Medicine will look at the use of complementary forms of high-dimensional genomic profiling. Andrei Thomas-Tikhonenko of Children's Hospital of Philadelphia will discuss novel mechanisms of resistance to CD19-directed immunotherapies.

The panel will be chaired by Julie-Aurore Losman of the Dana-Farber Cancer Institute.

At the biopharma industry level, AbbVie presented a late-breaking abstract ahead of the meeting regarding its Imbruvica as a first-line of treatment in chronic lymphocytic leukemia. Geoffrey Porges, analyst with Leerink, called it “remarkable efficacy.”

Johnson & Johnson and Genmab will present data about Darzalex in multiple myeloma.

Bloomberg notes, “Investors will also be watching for real-world results in patients getting CAR-T treatments as well as the next generation of immunotherapies, particularly those targeting a protein linked to multiple myeloma known as B-cell maturation antigen (BCMA).”

Celgene and bluebird bio’s BB2121 appears to be ahead of the game for previously treated relapsed BCMA myeloma. But J&J has LCAR-B38M, an asset it licensed from Hong Kong’s Genscript Biotech that could be competitive, as is Amgen’s AMG-420.

In addition, Unum Therapeutics and Seattle Genetics are evaluating ACTR087 in BCMA-related cancers.

Allogene will update its pipeline, including its UCART19 program with Servier on Monday, December 3. Global Blood Therapeutics is making an oral presentation for Part A of its Phase III HOPE trial and data from the 1,500-milligram cohort of the HOPES-KIDS 1 trial with voxelotor on Monday as well.

Also on Monday, Incyte will present detailed data from its REACH1 clinical trial for Jakafi in graft-versus-host disease.

And, today, starting at noon, is ASH-a-Palooza for the “Trainee Day” attendees. What the event calls “a new educational experience that will offer a relaxed, open learning environment for trainees in a festival-like setting with multiple opportunities for micro learnings,” will be held before the start of the official meeting at Petco Park, home of the San Diego Padres. The stadium is across the street from the convention center.

ASH-a-Palooza includes a number of programs it dubs “Blood Drops,” including “Early career planning topics,” “Hematology 101: an entry level clinical topic,” and others.

Its career-oriented programs include mentoring sessions called something only a hematologist would love: “Blood Buddies.”

Friday also marks a number of pre-meeting scientific workshops, including a workshop at 1:00 p.m. to 5:45 p.m., “Hematology and Aging: Scientific Advances From Sickle Cell Disease to Malignant Hematology,” “Tumor Immune Interactions in Lymphoid Malignancies,” scheduled for 1:00 p.m. to 5:30 p.m. and several others.

Numerous other academic researchers and biopharmaceutical companies will attend, presenting business and career opportunities, as well as scientific presentations, abstracts and posters. Spectrum Pharmaceuticals, for example, is presenting three posters, including, “Management of Mucositis with Use of Leucovorin as Adjunct to Pralatrexate in Treatment of Patients with Hematological Malignancies including of Peripheral and Cutaneous T-Cell Lymphomas-Results from a Prospective Multicenter Phase II Clinical Trial.”

GlycoMimetics is hosting and webcasting an investor/analyst meeting and update December 3 at 6 a.m., where it will, among other things, present data from its recently completed Phase I/II clinical trial of uproleselan in acute myeloid leukemia patients.

And those are just a few examples of the activities and presentations that will take place at one of the biggest and most important cancer-related meetings held annually.