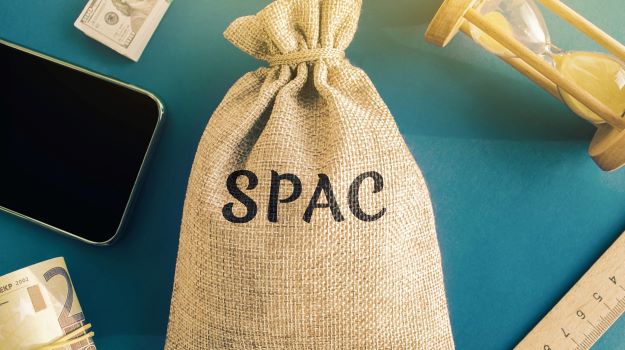 Although SPACs (Special Purpose Acquisition Companies) are nothing new, they certainly have gone through phases of popularity. Before they became a hot topic in the life sciences industry in 2021, their previous boom was around 2007-2008.

Simply put, a SPAC merger is a fast-track for companies looking to list on a public stock exchange. Here’s a look at some of the hottest life sciences SPAC merger announcements so far in 2021.

23andMe’s reverse merger is arguably one of the hottest SPAC merger in the industry so far this year. The consumer genetics and research company has combined with VG Acquisition Corp., a SPAC sponsored by billionaire Sir Richard Branson’s Virgin Group, which bumped the company’s value to $3.5 billion. The combined company operates as 23andMe Holding Co. and uses the ticker symbol ME on the Nasdaq.

“As one of the earliest investors in 23andMe, I’ve long believed in its vision to transform the future of healthcare,” said Sir Richard Branson, founder of Virgin Group. “I’ve seen first-hand the transformative impact 23andMe has in paving the way for many more people to be proactive about their health and wellbeing.”

In February, Nautilus Biotechnology announced that it was merging with SPAC Arya Sciences Acquisition III in a deal that valued the company at $900 million. The combined company, Nautilus Biotechnology, Inc., began trading on the Nasdaq under the ticker symbol "NAUT" in June following the completion of the merger. Nautilus is a Seattle-based startup that launched in 2016 with the goal of pioneering a platform capable of analyzing and quantifying the human proteome more quickly, more thoroughly and to reduce the cost of doing so.

In May, Bill Gates-backed biotechnology firm Ginkgo Bioworks announced its plan to go public via a merger with SPAC Soaring Eagle Acquisition Corp. The SPAC merger valued the combined company at a whopping $17.5 billion. The combined company, Ginkgo Bioworks Holdings, Inc., began trading on the Nasdaq in September following the closing of the deal.

Earlier this year, Tango Therapeutics announced that it had entered into a definitive merger agreement with BCTG Acquisition Corp. The combined company, Tango Therapeutics, Inc., will list on the Nasdaq with the ticker symbol TNGX.

“This morning’s announcement is a key milestone for Tango as it ensures we have access to the capital needed to advance our preclinical programs and initiate clinical studies of our three lead programs, as we continue our mission of bringing transformational therapies to patients,” Barbara Weber, M.D., president and chief executive officer of Tango, said at the time of the announcement.

In late August, San Diego-based Revelation Biosciences announced that it was planning to merge with Petra Acquisition to become a publicly traded company. Post-merger, which is expected to close in Q4 2021, the combined company will trade on the Nasdaq under the ticker symbol “REVB” and is expected to have a total enterprise value of approximately $128 million.

Revelation is working to develop immunologic-based therapies for various diseases. Its lead drug candidate, REVTx-99, is an intranasal immunomodulator to prevent or treat infections caused by various respiratory viruses.

Science 37 kicked off the summer by announcing its plans of SPAC merger with blank check company LifeSci Acquisition II Corp. to become a publicly listed company. The combined company will operate as Science 37 and will trade on the NASDAQ under the ticker symbol “SNCE,” pending approval of the merger. The company will be valued at $1.05 billion.

One of Science 37’s goals is to make clinical trials more accessible to underserved patient populations.  The company works to improve the clinical trial process including improving patient enrollment and retention.

In August, Humacyte began trading on the Nasdaq following the closing of its merger with Alpha Healthcare Acquisition Corp. The combined company trades its stocks on the Nasdaq under the ticker symbol “HUMA.” The clinical-stage biotechnology platform company first announced the merger in February.

“Humacyte is poised to make commercial-scale bioengineered tissues a reality for patients,” said Laura Niklason, M.D., Ph.D., founder, president and chief executive officer of Humacyte. “We enter the next phase of our transformation of regenerative medicine as a robust public company, evaluating our first-in-class bioengineered HAVs in numerous indications.”

In June, Pear Therapeutics announced that it was entering a definitive business combination agreement with SPAC company Thimble Point Acquisition Corp. The combined company after the SPAC merger, Pear Holdings Corp., is expected to be valued at $1.6 billion and list on the Nasdaq under the ticker symbol "PEAR." The transaction is expected to close by the end of this year.

One of Pear’s highlights is that built the first end-to-end platform for prescription digital therapeutics (PDTs).

“With our end-to-end PDT platform, we are executing on our vision to redefine how patients, clinicians and payors can better navigate and benefit from a healthcare system so in need of disruption,” said Corey McCann, M.D., Ph.D., president and chief executive officer. “In our view Pear is at a commercial inflection point, with the potential for rapid expansion. We believe this transaction will allow us to drive widespread usage of PDTs to treat major medical conditions and overcome significant barriers to patient care.”

Cambridge-based EQRx announced in August that it plans to combine with CM Life Sciences III, Inc., a life sciences-focused SPAC. MC Life Sciences III is sponsored by affiliates of Casdin Capital, LLC and Corvex Management LP. The company’s anticipated $1.8 billion raise will be used to accelerate its platform to develop and deliver medicines to patients at lower prices.

“EQRx is new pharma, leading the way in how we develop and price innovative medicines,” said Alexis Borisy, chairman and chief executive officer of EQRx. “We are excited to partner with a world-class group of investors who recognize the opportunity for change in our industry.”

In August, Boston-based GreenLight Biosciences and SPAC company Environmental Impact Acquisition Corp. announced their plans to merge. Upon approval of the $1.5 billion deal, GreenLight will head to the Nasdaq and score $385 million in cash from funds in the SPAC and a PIPE associated with the SPAC merger. The company works on a range of things including disease-fighting mRNA vaccines and therapies, along with sustainable alternatives to pesticides.