10 Life Science Innovators Under 40 to Watch 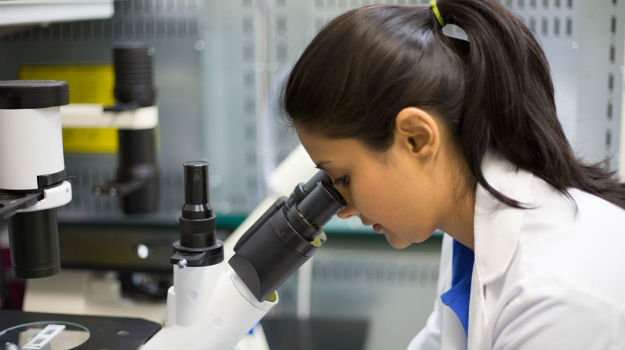 There is, thankfully, no age limit on innovation—you can do it at any age. But for many, “young,” counts as under 30, sometimes under 35, or even under 40, at least in terms of putting together lists of scientific innovators. Culling from a variety of lists that recognize researchers and inventors and company leaders under those ages, here’s a list of 10 interesting researchers under the age of 40 who are already making a significant mark on the biopharma and life sciences research world.

Jason Buenrostro. Buenrostro is an assistant professor in the Department of Stem Cell and Regenerative Biology at Harvard University. He is 31 years old. Buenrostro and his colleagues invented a tool called ATAC-seq that measures open DNA regions that might be active. They have since further developed the technology to identify open DNA in a single cell, which allows scientists to pinpoint which genes are active in single cells.

Ava Carter. Carter, 28, is a PhD student at Stanford University. She was noted as one of the 30 Under 30 by Forbes for 2019. She is studying the epigenome and with her research group, has identified how DNA from each parent is used differently in human stem cells. Her research has also discovered how some animals turn their stem cells back on to regenerate tissue after injury.

Silvia Caballero. Caballero, 34, heads the multidrug-resistant organisms decolonization program at Vedanta Biosciences, based in Cambridge, Massachusetts. One of her early research findings, while working in a laboratory at Memorial Sloan-Kettering Cancer Center in New York, was to identify species of bacteria that fight multi-drug-resistant bacteria. That original research was in lab mice, but she is now leading similar work at Vedanta, hoping to find bacteria that can control the bacteria that cause the three most deadly hospital and nursing home bacterial infections.

Sean McClain. McClain, 29, is the founder and chief executive officer of Absci based in Vancouver, Washington. AbSci has a SoluPro protein expression platform that provides insight into protein folding and allows for a chromatography-free purification method that removes downstream processing bottlenecks. In January, AbSci inked a deal with Paris-based Sanofi. AbSci will use its E. coli manufacturing platform, SoluPro and its optimization assay system with two of Sanofi’s molecules.

Nicole Gaudelli. Gaudelli, 34, is a senior scientist at Beam Therapeutics, based in Cambridge, Massachusetts. Her title is Head of DNA Editing Platform, focused on developing new technologies related to genome editing and optimizing base editing technologies. Gene-editing technology like CRISPR can fix many genetic mistakes that cause inherited disease, but they don’t always fix, for example, when an adenine (A) should have been a guanine (G). This particular mutation is involved in several diseases, including sickle cell disease, cystic fibrosis, Parkinson’s, Alzheimer’s, and some types of cancers. Gaudelli has developed a new enzyme that can cleanly change A-T base pairs into G-C base pairs.

Luke Osborn. Osborn, 29, is a PhD candidate at Johns Hopkins University. He has developed a type of electronic skin that can be used with prosthetics to create a sense of pressure and pain. One of Forbes’ 30 Under 30 for 2019, the skin is called e-dermis, and is a fabric-and-rubber sheath implanted with sensors. The technology has been tested successfully in volunteers and the research continues to refine it.

Jeremy Puthumana. Puthumana, 26, is a researcher at the Yale University School Of Medicine. He is conducting research into novel serum and urine biomarkers for the diagnosis of acute kidney injury, chronic kidney disease, hepatorenal syndrome, and kidney transplantation. He received his BS, MS and MD all at Yale. He is also one of Forbes’ 30 Under 30 for 2019.

Sana Alajmovic. Alajmovic, 32, is the co-founder and chief executive officer of Sigrid Therapeutics, a Swedish clinical-stage biotechnology company. Sigrid Therapeutics’ lead candidate is SiPore15 to treat blood sugar levels in people at risk for diabetes. She is part of the Karolinska Innovations incubator Drive in Sweden. In addition to making Genetic Engineering & Biotechnology News’ 2019 list of “Top 10 Under 40 of 2019,” Alajmovic was named one of Sweden’s 101 Super Talents by the Swedish business magazine Veckans Affarer in 2012.

Ankit Mahadevia. Mahadevia, 38, is the co-founder, president and chief executive officer of Spero Therapeutics, based in Cambridge, Massachusetts. The company is focused on developing antibiotics for Gram-negative bacterial infections. Its lead product, SPR994, is being investigated as the first oral carbapenem antibiotic for adults for multi-drug resistant (MDR) Gram-negative infections. On June 20, 2019, the company entered into a collaboration pact with The Bill & Melinda Gates Medical Research Institute (MRI) to develop SPR720 for lung infections caused by Mycobacterium tuberculosis.

Kaitlyn Sadtler. Sadtler, 29, is a postdoctoral fellow at the Massachusetts Institute of Technology(MIT). Her research focuses on the intersection of immunology and regenerative medicine, focusing on the modulation of immune responses to promote functional tissue development. Essentially, Sadtler is attempting to develop a drug or therapy that could help the immune system regenerate tissue and to develop medical implants and ways to prevent scarring.