World Parkinson’s Day: How Science Is Battling the Disease 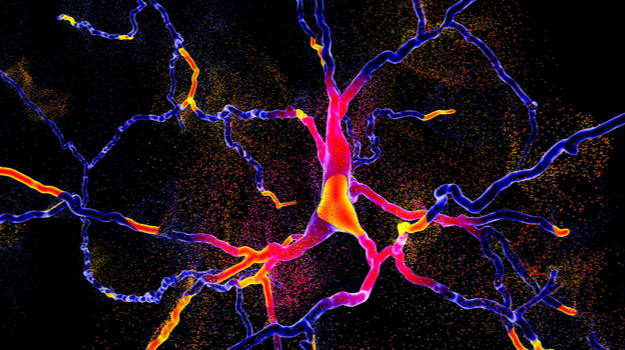 April 11 is World Parkinson’s Day, designed to raise awareness of Parkinson’s disease. Parkinson’s is a progressive disease of the nervous system that affects movement. Symptoms start small, usually with a barely noticeable tremor or shaking in one hand. Over time, the tremors will become more pronounced, movements may slow, making everyday tasks more difficult. Muscle stiffness may occur, as well as impaired posture and balance, and changes to speech.

Here's a look at some of the advancements biopharma has made in treatments for Parkinson’s disease.

Inflammasomes, the company indicates, create signals that stimulate immune cells to fight infections. Under normal circumstances, this is beneficial. But when the immune system is activated without control, the inflammation is linked to a broad range of disease, including Alzheimer’s, arthritis and various cardiovascular conditions.

Inflazome focuses on developing ways of blocking inflammasome signaling to eliminate unwanted inflammation. The NLPR3 inflammasome is believed to drive chronic inflammation linked to many neurodegenerative diseases, including Parkinson’s Disease. The PET tracer is designed to determine what dosages are needed for clinical trials.

Late last week, Australian company PRANA Biotechnology changed its name to Alterity Therapeutics. Today, the company announced it was launching to Asian investors. Its lead drug candidate, PBT434, is a treatment for Parkinsonian disorders. It has received Orphan Drug designations for its first disease targets, Multiple System Atrophy. The drug targets key proteins associated with neurodegeneration of Parkinson’s and atypical parkinsonism. It is currently completing its first Phase I clinical trial.

Seattle-based Impel NeuroPharma is focused on diseases of the central nervous system, including Parkinson’s, bipolar disorder and schizophrenia, and acute migraine. In May 2018, the company initiated its Phase IIa trial of INP103 to evaluate the drug in Parkinson’s patients during an OFF episode compared to placebo. INP103 is a novel intranasal levodopa compound dosed using the company’s proprietary Precision Olfactory Delivery, or POD platform.

Most Parkinson’s patients will eventually receive levodopa, which treats the symptoms. But as the disease progresses, more than half develop a frozen state, or OFF episode, which is related to fluctuating drug levels.

In December 2018, South San Francisco-based Denali Therapeutics initiated dosing in a Phase Ib clinical trial of DNL201 in Parkinson’s. DNL201 is a small molecule inhibitor of leucine-rich repeat kinase 2 (LRRK2), a regulator of lysosomal function. This function is impaired in Parkinson’s disease and potentially can be restored by inhibiting LRRK2. Mutations in the LRRK2 gene are among the most frequent genetic causes of the disease.

“Based on the positive outcome of our Phase I study in 122 healthy volunteer subjects, we are excited to evaluate DNL201 in Parkinson’s disease patients,” stated Carole Ho, Denali’s Chief Medical Officer, at the time. “This study will provide additional important safety and biomarker data in patients to support rational dose selection. The results from this study will inform decisions on further clinical testing of DNL201, including potential registrational trials.”

On April 4, The Michael J. Fox Foundation announced that a study it helped fund by researchers at the University of California, San Francisco (UCSF) was published in the Annals of Neurology. The Phase I trial involved 15 people ages 40 to 70 with moderate Parkinson’s disease. The researchers introduced an investigational gene that makes the AADC enzyme into the brains of the participants using a surgical procedure.

AADC converts levodopa into dopamine, which helps control Parkinson’s movement symptoms. The study divided the patients into three groups that received different doses of the gene therapy in a single infusion. After six months, all groups saw an increase in AADC activity and a decrease in the amount of levodopa they were required to take. In fact, the cohort receiving the highest dosage required 42% less levodopa. Within one year, patients had more “ON” time without dyskinesia. They also appeared to be dose-dependent—the higher the dose, the more AADC activity, the greater the decrease in medication use.

There are just a few stories of cutting-edge research being conducted to defeat Parkinson’s disease.