Unmasking the SARS-CoV-2 Delta Variant: What We Know So Far 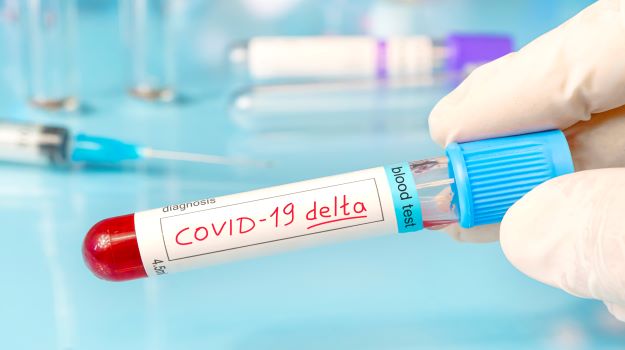 Just as it was beginning to appear safe to return to maskless, pre-pandemic life, the Delta variant of the SARS-CoV-2 virus emerged. It is fast-spreading, more likely to lead to hospitalizations, and accounts for most of the breakout infections among fully vaccinated individuals. That’s making many policymakers rethink their vaccine and masking policies.

So, what exactly do we know about the Delta variant?

What names are used for the Delta variant?

The Delta variant is known in scientific literature as B.1.617.2 (its pangolin lineage) and, originally, as the India variant. It first was identified in India, and the first case appeared in the U.S. in February 2021.

How prevalent is the Delta variant?

“The Delta variant now represents 83% of sequenced cases,” according to Rochelle Walensky, M.D., M.P.H., director of the Centers for Disease Control & Prevention (CDC), speaking in a Congressional hearing on July 20th.  “That’s a dramatic increase, and is up from 50% the week of July 3.” Note, however, that the U.S. has performed genomic sequencing only 1.4% of its confirmed COVID-19 cases. In the UK, the Delta variant is implicated in 90% of new cases.

How contagious is the Delta variant?

This variant is a super-spreader and is the most contagious form of the virus yet seen.

A risk assessment published by the UK government in July also notes higher transmission rates than during the first wave of the pandemic. In vitro evidence suggests increased replication in the human airway and evidence of optimized furin cleavage as well as lower cycle threshold values in routine testing data.

How does vaccination affect risk?

Anthony Fauci, M.D., director of the National Institute of Allergy and Infectious Diseases, speaking in his testimony to Congress on the 20th, noted that the transmissibility of the variant is related to the vaccination rate. Unvaccinated individuals provide a host for the virus to evolve and mutate, so new variants will continue to appear until herd immunity is reached. Therefore, with 68.3% of the American population having received at least one shot and 48.7% fully vaccinated, COVID-19 has become a pandemic of the unvaccinated.

Earlier, Walensky cited a CDC study that found that, in the past five months, 99.5% of the COVID-19 deaths were among unvaccinated individuals.  With the Delta variant now the dominant strain in the U.S., COVID-19-related deaths have spiked by 48% in the past week, to 0.5 per 100,000, the CDC reported.

How severe is the Delta variant?

The AMA’s Irons says the Delta variant makes patients sicker and their conditions tend to worsen more quickly. Data from the U.K.’s risk assessment acknowledges that “Iterated analysis suggests a higher risk of hospitalization after infection than the Alpha variant,” but calls for more data. So far, it adds, severity seen among hospitalized COVID-19 patients appears to be comparable to those who contracted earlier variants or the wild-type virus.

While patients with the Delta variant have many of the same symptoms as those with the original, wild-type virus, the U.K.’s ZOE COVID Symptom Study also reports some differences. Headaches, sore throats, runny noses, and fevers are more common now than for prior strains of the virus, while coughs and loss of smell are less common. For fully or partially vaccinated individuals who contract the virus, sneezing also is a leading symptom.

How Effective are Vaccines against the Delta variant?

Those figures are for fully-vaccinated people, however. Those who have had only one dose remain vulnerable to the Delta variant, according to Mira Irons, MD, chief health and science officer for the AMA.

Why are fully-vaccinated people contracting the Delta Variant?

Despite news of fully vaccinated Olympic athletes and Texas representatives contracting COVID-19, such breakthrough cases are rare, according to the CDC. Reasons why they developed the disease include:

Although existing vaccines are considered protective against the Delta and other SARS-CoV-2 variants, booster shots are expected to be needed. Pfizer, for example, is developing a Delta-specific booster shot that is expected to enter clinical trials in August.

Not everyone is convinced that existing vaccines are adequate, however. A group of researchers from leading institutions in the UK and India report (in a preprint) that in in vitro studies, the Delta variant, compared to the wild-type SARS-CoV-2 virus or the Alpha variant, is eight-fold less sensitive to vaccine-elicited antibodies. Breakthrough infections, however, were rare.