U.S. Grants Emmanuelle Charpentier, U of C and University of Vienna CRISPR Patent 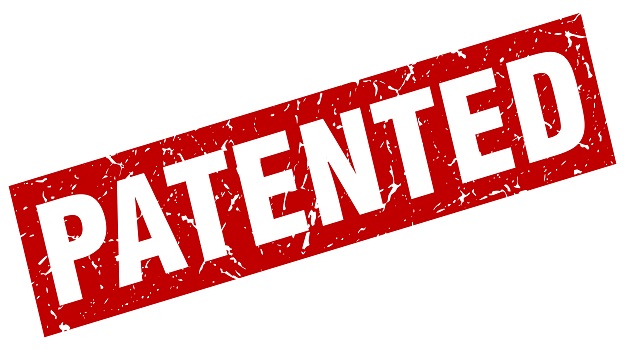 The U.S. Patent and Trademark Office (USPTO) granted Emmanuelle Charpentier, co-founder of ERS Genomics, the University of California and University of Vienna, their first U.S. patent covering the use of CRISPR/Cas9 for gene editing.

As Futurism so appropriately notes, “Before CRISPR can transform our world, it’s gotta get out of court.”

CRISPR stands for Clustered Regularly Interspaced Short Palindromic Repeats. It had been originally identified in bacteria, that used it to fight viruses. An enzyme, Cas9, can cut DNA. CRISPR identifies specific sections of DNA and Cas9 cuts it. So, the system itself is being used to edit DNA and replace sections of it. Many feel it will revolutionize healthcare and gene therapies. It is currently being utilized in several clinical trials worldwide.

In June 2012, when Charpentier was at Umea University in Sweden, and Jennifer Doudna was at the University of California, Berkeley, they published a paper in Science that described using the technology to cut DNA sequences in test tubes. Charpentier and Doudna co-founded CRISPR Therapeutics with Rodger Novak. Doudna originally founded a company, Caribou Biosciences, then went on to co-found Editas with Feng Zhang and George Church.

Feng Zhang, with Harvard’s Broad Institute, had been working on CRISPR/Cas9 for quite some time, was aware of their paper and sent his own paper to Science on October 5, 2012, which was published online in early January 2013, along with a similar paper published by George Church, where Zhang worked during a fellowship at Harvard.

As a result of the first-to-invent system, MIT won the key patent, with Zhang listed as the inventor, in April 2014. Berkeley has appealed, arguing, according to STAT, “that Doudna and Charpentier achieved the key CRISPR breakthrough—in particular, identifying the three molecules that are crucial to making CRISPR work—and that Zhang’s success in animal cells was just an extension of their work.”

In 2017, the USPTO granted Feng Zhang and his team the patent for using CRISPR/Cas9 to edit DNA in mammals. Which is also being appealed by Doudna’s team.

According to Futurism, the USPTO has already issued 60 CRISPR-related patents to inventors at 18 different organizations. Each one is supposedly different enough to be considered a “unique invention.”

The USPTO on Tuesday, June 19, granted UC Berkeley its first CRISPR-related patent. The university filed the patent application in 2014. This patent is on using CRISPR-Cas9 to edit single-stranded RNA, not DNA.

UC Berkeley also applied for another CRISPR-related patent in 2015, and is, according to STAT News, going to be granted next week. Futurism writes, “That patent centers on using the standard CRISPR-Cas9 system to edit regions specifically 10 to 15 base pairs long. UC Berkley sees a number of potential applications in research, diagnostics, and industry for their new CRISPR patent.”

Charpentier, in a statement, said, “Since we have been waiting quite some time for our patents to issue in the United States, it is gratifying to see the formal rights be granted to apply this promising technology for the benefit of health and medicine.”

Eric Rhodes, chief executive officer of ERS Genomics, noted, “There seems to be popular recognition within the scientific community of the ground-breaking nature of the Charpentier/Doudna discovery, but it has been somewhat frustrating to have waited so long to see that being translate into appropriate patent recognition in the U.S. Despite having filed more than six months later than Drs. Charpentier and Doudna, the Broad Institute had their patents issued early because they paid special fees to have their patent review expedited. This has led to further confusion among those groups looking to secure appropriate license to use the technology.”

So far, the CRISPR/Cas9 patent has been filed all over the world and granted in over 45 countries, including throughout the European Union, Japan and China.

A spokesperson for the Broad Institute told STAT that the issued patent’s claims “are extremely narrow and would have little or no effect on the CRISPR field.”

There’s clearly a war of words ongoing here, in addition to a war among numerous patent attorneys representing several scientists and institutions. Of course, billions of dollars are at stake, so it’s not really about who gets mentioned in the history books.

Futurism notes, “No matter how important these specific patents are, the sheer number of granted patents is a testament to the amount of research dedicated to CRISPR.”