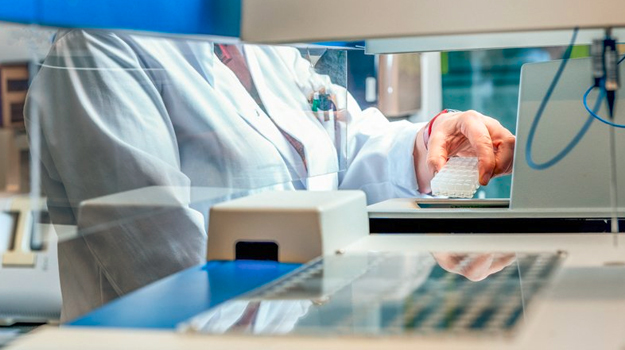 CRISPR Therapeutics is all ready to begin treating patients in Europe using its CRISPR gene-editing tool. The plan is to treat patients with beta thalassemia, a blood disorder that decreases the production of hemoglobin, the iron-containing protein in red blood cells that carries oxygen.

Patients with severe anemia caused by thalassemia often receive blood transfusions every two weeks as treatment. If the treatment is effective and safe, it will be one of the first real gene-editing treatments.

In this trial, researchers will harvest stem cells from the patients and, using CRISPR gene-editing tools, repair the cells so they have increased levels of fetal hemoglobin. Once completed, they will be infused back into the patients’ bodies via stem cell transplant. If all goes according to plan, the cells will generate a healthy supply of hemoglobin.

It will be the first human disease treated using CRISPR in Europe. China has several ongoing trials for various diseases using CRISPR. Salveen Richter, an analyst with Goldman Sachs, told the Telegraph, “As of the end of February 2018 there were nine registered clinical studies testing CRISPR-edited cells to treat various cancers and HIV infection in China.” In the U.S., there is only one. That is at the University of Pennsylvania for melanoma, sarcoma, and multiple myeloma.

There have been some concerns cited over CRISPR accuracy and off-target edits. Basically, the CRISPR tool allows researchers to identify very specific gene segments and snip them out and replace them. However, there have been studies suggesting it’s not quite specific enough to be completely safe, and shown additional cuts in other parts of the genome as well as the target areas.

It was reported today, however, that researchers at the University of Alberta in Canada have developed an approach that can improve CRISPR’s specificity. It uses synthetic guide molecules called bridged nucleic acids (BNAs) instead of the system’s native guide RNAs (gNRAs) to target the Cas9 enzyme to the specific, desired DNA sequence.

The study was published in the journal Nature Communications by the Alberta group and researchers at Seoul National University in Korea. The paper is titled, “Incorporation of Bridged Nucleic Acids into CRISPR RNAs Improves Cas9 Endonuclease Specificity.”

Of the European trial, Robin Lovell-Badge, group leader at London’s Francis Crick Institute, said in a statement, “Assuming they do get going, we will look back and think that this is the real beginning of gene therapy. It will obviously be critical to check that there are few and hopefully no problems with the new methods, but as far as I know, the preclinical trials look very promising.”