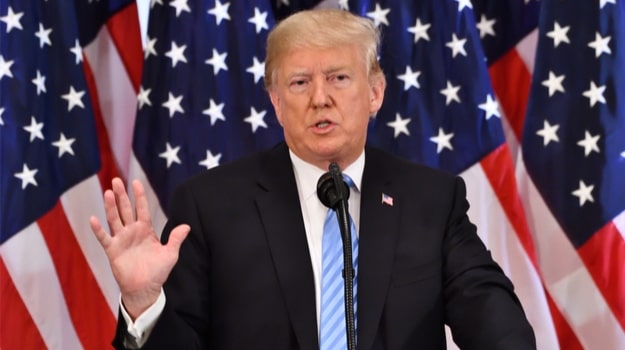 President Donald Trump signaled the White House may attempt to override a more stringent guidance for Emergency Use Authorization of a vaccine for the novel coronavirus under consideration by the U.S. Food and Drug Administration (FDA).

Reports this week indicate the regulatory agency is expected to issue a more stringent guidance for a potential vaccine to ensure efficacy and safety before it’s distributed en-masse to the population, as well as to increase confidence in the agency’s ability to remain above politics during a contentious election cycle. The new guidance will be more stringent than the rules used to grant EUA to convalescent plasma or hydroxychloroquine, which was later withdrawn. The FDA guidance would require vaccine manufacturers to follow participants in late-stage clinical trials for a median of at least two months, starting after they receive a second vaccine shot.

If that guidance comes to pass, it would delay potential EUA of a vaccine until the end of 2020 or early 2021 – well after the Nov. 3 election. Pfizer and BioNTech have hinted that data from a Phase III study of its mRNA vaccine candidate could be available in October and Moderna, also developing an mRNA vaccine, has indicated November for a readout.

On Wednesday, Trump called the new guidance a “political move.” During a press conference, Trump said the guidance would have to be approved by the White House and hinted his office may override the new recommendations.

“When you have Pfizer, Johnson & Johnson, Moderna, these great companies coming up with these vaccines and they’ve done testing and everything else, I’m saying why would they have to be, you know, adding great lengths to the process?” Trump said. “We want to have people not get sick. The vaccine is very important. It’s the final step, I believe it’s going to be the final step… I think it was a political move more than anything else.”

The guidance under discussion was written, in part, to prevent a release of a vaccine that could be distributed to millions of people before it has been fully vetted by the regulatory process. Under the new guidelines, the EUA for a vaccine would require safety and efficacy data that is closer to what a drug that has passed through normal approval processes.

The guidance is also designed to improve public trust in the vaccine. A recent Pew Research poll shows a sharp decline in the percentage of people who said they would receive a vaccine if it is approved, from 72% to 50%.

Trump said he has trust in the companies and the positive data that have (so far) shared with the public about the efficacy of the preventative treatment. He said a delay in the approval of a vaccine could result in the loss of numerous lives.

Over the past several weeks, the administration has made several moves that prompted the writing of the new guidance. During campaign events, President Donald Trump has repeatedly hinted that a vaccine would be ready ahead of Nov. 3 and the White House also played a key role in pushing through EUA for convalescent plasma, despite objections from some of the nation’s top infectious disease experts. Most recently, Health and Human Services Secretary Alex Azar assumed all final authority in deciding new rules regarding food, medical devices and new medications, although in a statement, Azar said the new rule would not impact potential EUA for a vaccine.

Additionally, confidence in public health agencies has waned as political operatives, including the president, have undercut public statements made by the experts. There have also been incidents of the manipulation of publicly released documents from the Centers for Disease Control and Prevention.