Tonix is Tackling the Complexity of CNS and Pain Therapeutics 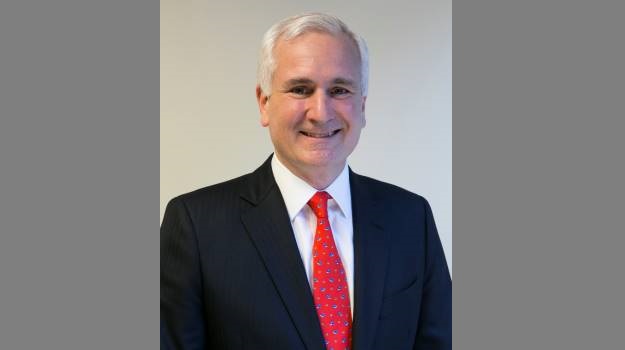 Complexity defines the clinical pipeline at Tonix Pharmaceuticals. With drugs at various stages of development for indications as varied as fibromyalgia, depression and post-traumatic stress disorder (PTSD), smallpox and cancer, this company’s unique journey piqued our interest at BioSpace.

Chatham, New Jersey-based Tonix was formed in 2011 with a devoted focus on CNS disorders and diseases. Over the past ten years, the pipeline has evolved to also comprise assets in biodefense, immunology and cancer therapeutics. This began with a collaborative research program focused on developing a smallpox vaccine as a potential biodefense strategy. It was also guided by Co-founder and CEO Dr. Seth Lederman, M.D., a rheumatologist who once served as director of the laboratory of molecular immunology at Columbia University.

“The overall mission is to improve human health and reduce illness and suffering,” Lederman told BioSpace. Today, many of Tonix’s products are in the area of infectious disease and post-viral syndromes, so when the COVID-19 pandemic struck, this was a natural extension. The company has put together a portfolio that includes a vaccine, an antiviral, a skin test for immunity and a treatment for long COVID.

TNX-801 is a live synthetic version of horsepox virus. It is being developed for the national stockpile to enable widespread immunization if smallpox should ever reemerge due to an act of bioterrorism. Tonix believes it has the potential to overcome adverse effects associated with vaccinia-based vaccines, such as myocarditis and pericarditis. The asset is currently in preclinical development.

“There's good, growing molecular evidence that this is close to what [English physician] Edward Jenner originally used to vaccinate against smallpox,” Lederman said. “He called it cowpox, or vaccinia, and that's where the term vaccine comes from. ‘Vaccine’ is Latin for ‘vacca’ or ‘cow’. It was also the most successful vaccine ever because it eradicated smallpox, it confers lifelong immunity and it blocked the forward spread of smallpox.”

It is believed that horsepox has the potential to serve as a vector for vaccines to protect against other infectious agents, and Tonix is testing a potential horsepox vaccine that expresses protein from the SARS-CoV-2 virus. The vaccine is expected to begin Phase I trials in the first half of 2022.

The company’s antiviral for COVID-19, TNX-3500 (sangivamycin) was licensed from New York-based biotech OyaGen in April 2021. In a recently-published study, it was found to be highly effective against SARS-CoV-2 in vitro. The paper, published by JCI Insight in November, showed that sangivamycin suppressed viral replication in tissue culture with greater efficacy than Gilead Sciences’ remdesivir. It was also active against multiple variants, including the Delta variant.

“Our drug is 65 times more potent than remdesivir…but even more importantly, it works in combination with remdesivir in cell culture. You can use lower doses of each of them when you use them together, and combinations of antiviral drugs are very important for blocking escape mutants,” Lederman said.

On the CNS/pain side of the house, Tonix’s lead asset, TNX-102 SL, is currently in Phase III development for the treatment of fibromyalgia.

“Fibromyalgia is now increasingly known as nociplastic pain. Nociplastic is a new name for what used to be called central pain, which means of central origin. It's also considered central sensitization, meaning that the perception of all of the senses is amplified,” Lederman explained. Beyond having issues with the sensation of touch, people with nociplastic pain also have trouble with loud noises, noxious odors, bad tastes and bright lights.

Compared with currently approved treatments for fibromyalgia such as gabapentin and the serotonin-norepinephrine reuptake inhibitor (SNRI) Cymbalta (duloxetine), “this is an entirely new mechanism of action,” Lederman said. TNX-102 sublingual contains 2.8mg of cyclobenzaprine HCl and is intended to be dosed at bedtime. It is designed to optimize the delivery and absorption of cyclobenzaprine in order to increase sleep quality while minimizing the potential residual effects of oral formulations.

Tonix will begin another Phase III trial in the first half of 2022.

“The study we just concluded does not look promising because the interim analysis hit the futility threshold. We don't understand it, but we did enroll this study through the pandemic,” Lederman said, adding that this could have had an effect.

While Tonix had been expecting topline Phase III data by the end of 2021, it has now pushed this back to Q1, 2022 in order to conduct analysis “so that we can understand how one study could be positive and then the next be negative when they were really meant to be essentially the same study.”

Another drug, TNX-601, is being developed to treat major depressive disorder, PTSD and neurocognitive dysfunction from steroids. A novel proprietary oral formulation of tianeptine oxalate, TNX-601 modulates the glutamatergic system indirectly and reverses the inhibitory neuroplasticity observed during periods of stress and steroid use.

“It is a completely different mechanism of action from the drugs that are approved for depression in the United States and we think it could be a really important addition to the antidepressants that people have here,” Lederman shared. Tianeptine sodium has been used for decades as an antidepressant in many European, Asian and Latin American countries.

Maybe even more multifaceted than Tonix’s pipeline is the complexity involved in the CNS and pain spaces.

“The biggest challenge in working in the pain space, and in the brain generally, is the need to rely on what some people refer to as subjective endpoints, either patient-reported or investigator-reported endpoints,” Lederman shared. “We think that with the expertise we've developed, we're very good at measuring objective changes. That’s the knowledge we've built up in the company over 10 years doing these complex studies.”

However, he added, “I think so far we've restricted ourselves to conditions where there's already an FDA-accepted endpoint, and I think one of the objects in the future will be to work with the key opinion leaders and with the FDA on defining new endpoints that are better at detecting improvement as perceived by the patients. Particularly in areas of neuropsychiatry, I think patients’ reports are the most important measures of how drugs are working.”

It is clear that CNS is a passion project for Lederman, and that finding therapeutic solutions is imperative for our civilization.

“If you look at the problems plaguing society right now: homelessness, substance abuse, suicide, mental illness filling our jails, there's no bigger problem,” he said. “I think that applying some of the lessons that have been learned in other areas of drug development to CNS, it's a time where we can really make real progress.” These lessons, he said, include pharmacogenomics, precision medicine and larger studies that lead to definitive conclusions.