Theravance Lays Off 270 in Aftermath of Cardiac Asset Failure 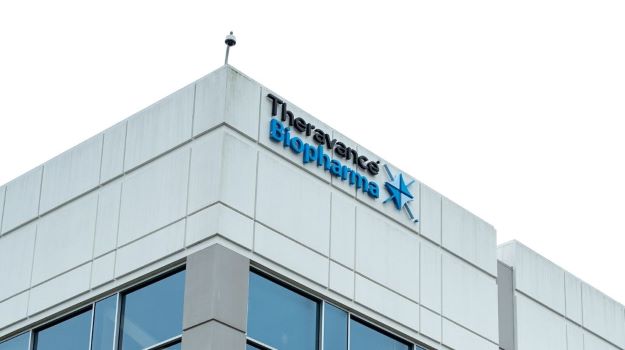 Shares of Theravance Biopharma are rapidly declining after the company announced a Phase III cardiac drug failed to meet its primary endpoint and a significant shift in its R&D efforts that have resulted in the termination of 75% of its staff.

This morning, Ireland-based Theravance announced the failure of its Phase III study of ampreloxetine as a potential treatment for symptomatic neurogenic orthostatic hypotension (nOH). Following the announcement, the company announced a new strategic action focusing on its respiratory disease portfolio. As a result of the new focus, the company initiated plans to lay off 75% of its workforce, approximately 270 employees. The company said the bulk of the jobs will be eliminated in November, with the remaining positions terminated in February 2022. According to Theravance, cost savings from the plan is expected to be $165 million.

The new strategic focus aims to build on its respiratory pipeline that contains medications for asthma and chronic obstructive pulmonary disorder, including Yupelri (revefenacin), which was approved by the U.S. Food and Drug Administration (FDA) in late 2018 and launched in 2019, and Trelegy, which was developed in collaboration with GlaxoSmithKline. Using savings from the narrowing of its R&D focus and the job cuts, Theravance said it would focus its resources developing its most advanced respiratory candidate, nezulcitinib, which is initially being assessed for acute lung injury.

With such a narrow focus, the company said it would halt the development of all non-respiratory disease-related programs, including ampreloxetine and izencitinib, which has been in Phase II development for Crohn’s disease. The two singled-out assets will see their studies closed out instead of halted.

Theravance Chief Executive Officer Rick E. Winningham said the company was forced to make the “difficult but necessary decision” to shift its focus following the disappointing results from its late-stage programs. Winningham thanked the patients and staff who took part in these now-shuttered programs for all of their contributions.

The cuts come about two years after Theravance cut 50 employees as part of strategic programs following the sale of the antibiotic Vibativ (telavancin) to Cumberland Pharmaceuticals.

Regarding the failed ampreloxetine study, Theravance released few details about the study results, other than it missed its primary endpoint. The company will undoubtedly present a more comprehensive review following a thorough review of the data. Theravance noted it plans to present the results at a future conference.

The primary endpoint of the study dubbed 0169 was based on the Orthostatic Hypotension Questionnaire, a validated scale that assesses the presence of numerous symptoms related to hypotension or low blood pressure. OHSA #1, the endpoint for the Phase III study and an accepted regulatory measurement for nOH, specifically examines and measures dizziness, lightheadedness, feeling faint or that the patient may pass out.

Ampreloxetine is an investigational norepinephrine reuptake inhibitor. It was discovered and developed by Theravance as a once-per-day treatment for symptomatic neurogenic orthostatic hypotension.

Theravance released few details about the study results other than it missed its primary endpoint. The company will undoubtedly present a more comprehensive review following a thorough review of the data. Theravance noted it plans to present the results at a future conference.

Winningham expressed his disappointment at the trial results, particularly following the positive data from a Phase II study announced in 2018. He said there is a “clear unmet need” for new treatments for symptomatic nOH, a rare condition that causes impaired blood pressure regulation. The condition results in several symptoms: dizziness, lightheadedness, fainting, fatigue, blurry vision, weakness, trouble concentrating, and head and neck pain. Symptomatic nOH is associated with a number of conditions, including multiple system atrophy, pure autonomic failure and Parkinson’s disease.

“We will continue to analyze the data to better understand the findings. We are hopeful that insights from this study may inform future drug development to help those with this debilitating condition,” Winningham said in a statement.