The Platform that Keeps on Giving: the AstraZeneca/TeneoTwo Deal 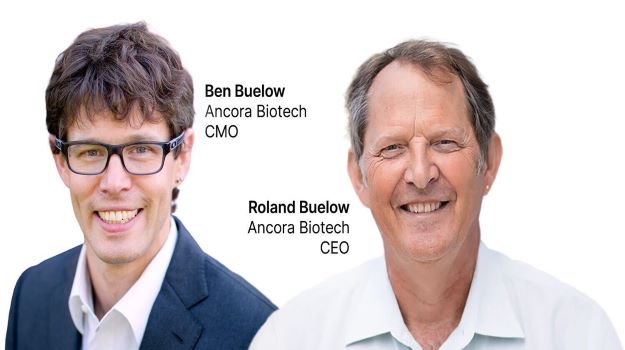 The father-son team behind Teneobio and Ancora Biotech believes in its bispecific and multispecific antibody technology platform, and based on the past two years, it has every reason to do so.

The impetus for Teneobio and its several spinoffs, dubbed “Teneo babies,” is a proprietary technology called UniRat. In an interview with BioSpace, Roland Buelow, Ancora’s CEO and the father half of the outfit explained the value of this platform.

“With the domain antibodies you can get out of UniRat, you can make really nice bispecific or even trivalent antibody molecules,” he said. “We combined this genetically engineered animal, which is another sequence-based way to discover antibodies, and that resulted in a very large number of lead compounds that then enabled us to build multivalent antibody molecules like nobody else.”  Over six years, Teneobio took five of these molecules into Phase I.

Last June, Teneobio rehomed its first “Teneo baby”, TeneoOne, and the multiple myeloma asset it represented, to AbbVie, with whom it originally partnered in 2019. Just one month later, Amgen snapped up the rest of the company, along with its CD3 engager technology, in a deal that could yield $2.5 billion. With three high-potential molecules left behind, Roland and his son, Ben Buelow, spun out Ancora to continue capitalizing on the platform.

Lightspeed Venture Partners, along with SR One, provided Series A funding for the company in June. Not a month later, AstraZeneca came calling for TNB-486 (TeneoTwo), which it acquired for $100 million upfront in a deal announced Tuesday. Ancora stands to receive another $1.165 billion in R&D milestones and commercial-related payments.

TNB-486 belongs to a class of therapeutic antibodies called T cell engagers. It is the only molecule created with the CD3 engager technology that did not go with Amgen. The drug, which is in Phase I development for relapsed and refractory B-cell non-Hodgkin lymphoma, can activate and recruit T cells to trigger an immune response.

“These are proteins that replicate the way CAR T cells work in the body,” Ben Buelow, Ancora’s CMO, explained. “So, one arm will bind to the T cell that's already in the person's body. The other side binds to whatever you're targeting, usually tumor cells, and then that interaction essentially forces that T cell to kill whatever it's bound to.”

While CD19 has been targeted extensively by CAR T cell therapies in lymphoma, “all of those molecules have been associated with fairly significant toxicity and as a result, the second generation T cell engager molecules were mostly aimed at CD20,” Buelow said. He added that there are a number of molecular advantages to targeting CD19.

“With our unique anti-CD3, which is really good still at getting T cells to kill the target but tends to induce less of the molecules released by T cells that cause the side effects, we thought we could kind of revive this target.” He shared that the clinical data, which Ancora expects to be published within the next six to 12 months, “essentially bears that out.”

Of Ancora’s newest collaborator, Buelow said, “AstraZeneca is a very science-savvy company for a large pharma partner, and they recognized those unique qualities.”

While there is a sentiment in the industry that CAR T therapies will run the table in any space they play, “We believe that bispecific T cell engagers have many advantages and that there's plenty of space for both types of technology,” he said, “I think [AstraZeneca] recognized that as well.”

On the AstraZeneca side, Anas Younes, senior vice president of Hematology R&D stated, “We believe this innovative molecule, which was designed to optimize the therapeutic window of T cell activation, will enable us to explore novel combinations that have the potential to become new standards of care in this setting.” 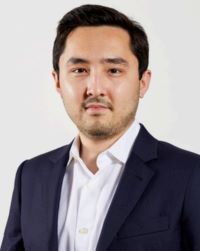 Galym Imanbayev, a partner at Lightspeed Venture Partners who was instrumental in leading the firm’s investment in Ancora, shared his perspective on AstraZeneca’s motives.

“To a large extent it fits a need in the pipeline, and to be relevant in a modality that they haven't had as much as their competitors,” he told BioSpace.

Driving the Future for Ancora

The revenues from the AbbVie, Amgen and now AstraZeneca deals have set Ancora up for success with its two remaining assets.

“It's rare that you have a biotech company that has two clinical-stage assets before it ever gets Series B fundraising,” Ben Buelow said. “All of that science work, all of the manufacturing, all of the IND, was essentially bought and paid for before the company was even started and that gave us an incredible advantage.”

The deal with AstraZeneca “gave us the resources and the runway to essentially realize the full potential of the molecules we have coming after, and to buy ourselves the time we need to convince the world that they are as good as we know that they are,” he shared.

Ancora’s two outstanding assets target inflammatory and fibrotic diseases. While the drugs, TNB-738 and an anti-HBVxCD3 molecule, are rumored to exist in the anti-aging space, Buelow said the true focus is more complex.

“There is an emerging body of literature that essentially shows that there may be common themes in terms of the biology that underpins susceptibility to certain classes of diseases. As a group, those are sometimes quaintly referred to as ‘inflammaging’ type diseases, but they in fact incorporate many very discrete entities,” he explained. A few examples include post-viral lung fibrosis (pulmonary fibrosis), ischemia-reperfusion injury, inflammatory bowel disease and metabolic syndrome.

Ancora’s current emphasis is on TNB-738, or TeneoFour, a CD38 enzyme inhibitor designed to reduce inflammation in fibrosis. Both a bivalent and a biparatopic, it can bind to different parts of the same molecule.

“We have very carefully and very effectively defined the underlying cellular molecular biology, but I think on a clinical level it's just a very large landscape of potential,” Buelow shared.

Will TNB-738 also be sold to a company beginning with the letter "A"? Only time will tell.

An Effective Model for Today?

In the current biotech landscape, where venture capital funding could be tough to come by for the foreseeable future, Teneobio/Ancora’s business model looks particularly savvy.

This model, he pointed out, has led to an ascension of appreciation with each deal the Buelows have struck. “I think there's an interesting element here that not only we as investors can learn from, but other biotech companies as well.”