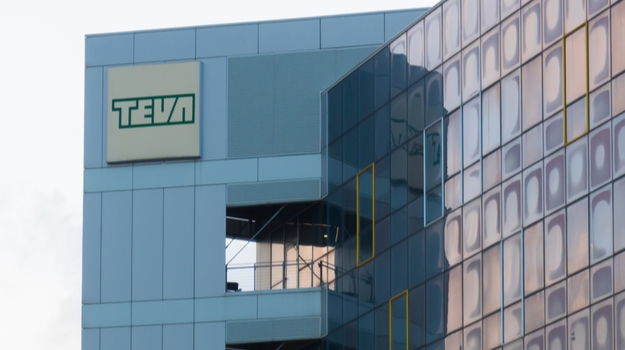 Teva Pharmaceutical’s deutetrabenazine for the treatment of tics in pediatric patients with moderate to severe Tourette Syndrome did not meet the primary endpoint in the Phase II/III ARTISTS 1 and Phase III ARTISTS 2 trials.

Deutetrabenazine is approved by the U.S. Food and Drug Administration (FDA) under the brand name Austedo for the treatment of chorea associated with Huntington’s disease and for tardive dyskinesia in adults. Chorea is one of a group of neurological disorders called dyskinesias that refer to unpredictable body movements. Austedo is a vesicular monoamine transporter 2 (VMAT2) inhibitor.

Tourette Syndrome is a neurodevelopmental disorder with childhood onset marked by multiple movement tics, such as blinking, coughing, throat clearing, sniffing, and facial movements. It is also associated with coprolalia, which is uttering obscenities and inappropriate remarks, but this symptom is found in only a small percentage of Tourette patients.

The primary endpoint was reduction in motor and phonic tics assessed by the Total Tic Score of the Yale Global Tic Severity Scale (YGTSS-TTS).

“The results of the trials are disappointing, especially as there is such an unmet need for this community of pediatric patients,” said Hafrun Fridriksdottir, executive vice president, Global R&D, at Teva. “As we assess a path forward, Teva is especially grateful to the investigators, patients and families who contributed to these studies for such an important patient population.”

The ARTISTS 1 study was a Phase II/III trial to evaluate the safety, tolerability and efficacy of the drug in 119 pediatric patients ages 6 to 16 years, with moderate to severe Tourette Syndrome. They were randomized 1:1 over 12 weeks of dosing to receive either deutetrabenazine or placebo.

The ARTISTS 2 Phase III trial evaluated 158 pediatric patients ages 6 to 16 with moderate to severe Tourette Syndrome. Patients received a low or high dose of deutetrabenazine or placebo in a 1:1:1 randomization.

In 2018, Neurocrine Biosciences abandoned its efforts to develop Ingrezza (valbenazine) for Tourette Syndrome after it failed three clinical trials. Ingrezza is in the same class as Austedo, a VMAT2 inhibitor.

Teva acquired deutetrabenazine in March 2015 when it bought Auspex Pharma for $3.5 billion. Austedo has been a steady seller for Teva, with sales of $412 million in 2019, and a 68% increase to $136 million in the last three months of the year. Full-year growth exceeded 100%.

Even with these disappointing trials, the drug is likely to hit the $650 million in sales this year that the company has projected.

At its recent year-end results, Teva reported encouraging revenue of $4.5 billion for the quarter and $16.9 billion for the full year. It decreased its spending by $3 billion, the result of a major restructuring that has shut down or divested 23 manufacturing sites, closing more than 40 offices and laboratories globally and laying off more than 13,000 employees. It has also knocked off a fair amount of its debt, although it still carries $24.9 billion.

Austedo is still a solid performer for the company, and its Ajovy for migraine headaches hit $25 million for the fourth quarter and is expected to increase.