SpringWorks, Eli Lilly and More Release Data Ahead of ESMO 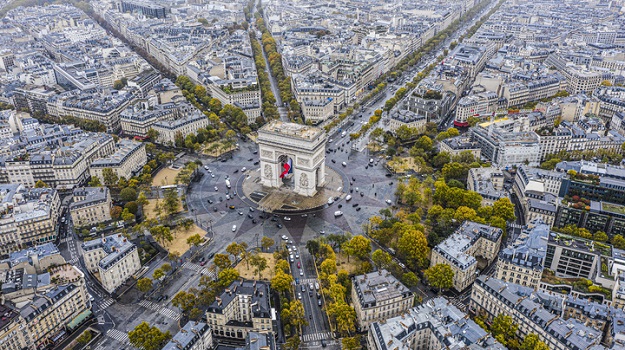 SpringWorks Therapeutics plans to share new data from its Phase III DeFi trial evaluating nirogacestat in adult patients with progressing desmoid tumors. The data will be presented as part of a late-breaking abstract.

The study revealed that treatment with nirogacestat, an investigational oral gamma secretase inhibitor (GSI), resulted in what the company called “statistically significant improvements” in all primary and secondary endpoints against desmoid tumors. These are defined as aggressive, soft-tissue tumors.

The abstract called DeFi the “most rigorous randomized controlled trial performed to date” in the treatment of desmoid tumors. The investigators also claimed this positive Phase III trial is the first for a GSI in any indication.

Dr. Jim Cassidy, chief medical officer of SpringWorks, told BioSpace that the trial had study endpoints the company believes are aligned to the most important goals for physicians when treating desmoid tumors. That includes measuring important patient-reported outcomes such as pain, physical and role functioning, and overall health-related quality of life.

“We are very pleased with the positive data generated across the primary and secondary endpoints of the DeFi trial,” Cassidy said.

Based on this data, the company plans to submit a New Drug Application to the FDA by the end of the year.

Indianapolis-based Eli Lilly will showcase data from studies of Verzenio (abemaciclib) and Retevmo (selpercatinib) at ESMO.

The company will also share the final OS results from the Phase II monarcHER study in HR+, HER2+ advanced breast cancer.

For Retevmo, a kinase inhibitor, Eli Lilly will present long-term follow-up data for patients with medullary thyroid cancer. Data from the LIBRETTO-001 trial assessing the drug in patients with rearranged during transfection fusion-positive non-small cell lung cancer (NSCLC) will also be presented.

New five-year data from EMD Serono showed the addition of xevinapant to the standard of care nearly doubled survival in patients with unresected locally advanced squamous cell carcinoma of the head and neck.

EMD Serono, the North American healthcare business of Merck KGaA, Darmstadt, Germany, will present the data from a Phase II study at ESMO. Data showed that patients who received xevinapant, an IAP inhibitor, plus chemoradiotherapy (CRT) had improved efficacy outcomes compared with those who received a placebo with CRT.

The company said the data from this study is the first in years to improve OS for patients in this indication.

Victoria Zazulina, head of the development unit in oncology for Merck KGaA, said the 2022 ESMO data highlights the “strong potential” for the company’s oncology pipeline focused on treating patients with cancers with significant unmet needs.

EMD Serono will also present data from the Phase II INSIGHT study. INSIGHT is assessing the combination of Tepmekto (tepotinib) plus osimertinib for the treatment of patients with EGFR-mutant NSCLC with MET amplification (METamp) who have progressed following treatment with osimertinib.

In 22 patients who received the combination, the confirmed overall response rate (ORR) was 54.5%.

San Diego-based Mirati Therapeutics will share data from the Phase I/II KRYSTAL-1 study assessing adagrasib both with or without cetuximab, in patients with advanced colorectal cancer (CRC) harboring a KRASG12C mutation.

Adagrasib was well tolerated as monotherapy and in combination with cetuximab.

Charles Baum, head of research and development at Mirati Therapeutics told BioSpace the prognosis for CRC patients is poor, particularly in later lines of therapy. Patients with KRASG12C-mutated CRC tend to have even worse outcomes than the broader CRC patient population, he said.

“Relative to the existing standard of care, preliminary data for adagrasib demonstrates a well-tolerated profile with robust, sustained responses for patients with KRASG12C-mutated advanced colorectal cancer both as a monotherapy and in combination with cetuximab. We continue to believe that adagrasib demonstrates a differentiated profile in patients with G12C mutated cancers including advanced CRC as evidenced by the KRYSTAL-1 data shared at ESMO,” he said.