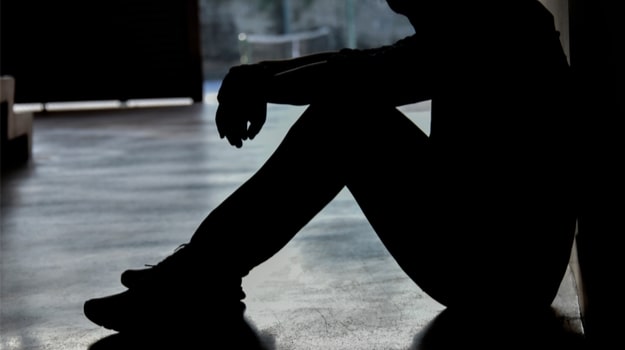 With positive results from another Phase III study in major depressive disorder, Sage Therapeutics and Biogen are on their way to potential approval of a new therapeutic.

This morning, the two companies announced positive topline results from the Phase III CORAL study of zuranolone. Data showed that zuranolone demonstrated a rapid and statistically significant reduction in depressive symptoms after three days over a two-week treatment period.

With multiple positive data points, Sage and Biogen, which hooked up on MDD in 2020, believe that zuranolone has three potential real world uses for the treatment of MDD. Data supports zuranolone as a monotherapy, a maintenance treatment and additive therapy.

In the CORAL study, 50 mg of zuranolone, an investigational oral neuroactive steroid GABAA receptor positive allosteric modulator, co-initiated with a standard of care antidepressant, was compared to standard-of-care and placebo. The trial demonstrated a mean change from baseline in the 17-item Hamilton Rating Scale for Depression (HAMD-17) after three days for patients who were treated with zuranolone. The CORAL Study supports the potential of zuranolone, when co-initiated with standard of care, to accelerate the benefit of depression treatment compared to treatment with antidepressants alone.

Barry Greene, the chief executive officer of Sage Therapeutics, said the data from the CORAL study is clinically meaningful, and when combined with the overall LANDSCAPE data, zuranolone can play an essential role in the treatment of MDD.

“The LANDSCAPE data support zuranolone as a monotherapy, and since many people in the previously completed studies were already on maintenance ADTs (antidepressants), we believe our data also support zuranolone as additive therapy. The CORAL Study further supports the use of zuranolone to accelerate the benefit of conventional ADTs in treating MDD with a well-tolerated safety profile,” Greene said in a statement. “Including the CORAL Study, zuranolone now has six positive clinical studies, and we remain on track to start the rolling submission for a New Drug Application in MDD early this year with completion targeted for the second half of 2022.”

Sage Chief Innovation Officer Jeff Jonas added that studies across the LANDSCAPE program have generated data supporting the safety and efficacy of zuranolone.

“With the data from the CORAL Study in hand, we now have positive data on the safety and efficacy of zuranolone when co-initiated with a standard of care ADT. Collectively, clinical trials with zuranolone suggest the potential for broad use in the treatment of MDD, as a monotherapy, adjunctive use or when co-initiated with ADT, suggesting that there is ample opportunity for zuranolone, if approved, to be considered as a treatment option for the full 6.8 million population who are initiating a new ADT,” Jonas said in an email sent to BioSpace.

Priya Singhal, head of global safety and regulatory sciences and interim head of R&D at Biogen, noted that zuranolone co-initiated with standard of care may offer more rapid relief from depressive symptoms than current standard of care taken alone.

“Based on the collective results observed across the LANDSCAPE clinical development program, we believe that zuranolone has the potential to offer a new clinically meaningful treatment option for people with major depressive disorder,” Singhal said in a statement.

In the CORAL study, zuranolone continued to demonstrate a positive safety profile. The 50 mg dose alongside standard of care antidepressants was generally well-tolerated by patients.

Sage and Biogen were not the only companies to announce positive Phase III results this morning. Bristol Myers Squibb reported positive data from its Phase III VALOR-HCM program assessing mavacamten in adults with symptomatic obstructive hypertrophic cardiomyopathy (obstructive HCM) who are eligible for septal reduction therapy.

Full data from the Phase III study will be shared at the American College of Cardiology 71st Annual Scientific Session & Expo in April. With the positive data in hand, BMS intends to approach global regulatory agencies to support the potential approval of mavacamten, an allosteric modulator of cardiac myosin. The drug, which BMS gained in its 2020 $13.1 billion acquisition of Myokardia, could be approved for the treatment of symptomatic, obstructive hypertrophic cardiomyopathy (HCM).

Obstructive HCM is a progressive disease that thickens the heart walls and makes it harder to expand normally and fill with blood. Mavacamten is a selective cardiac myosin inhibitor that targets the underlying pathophysiology of obstructive HCM. The experimental drug has been shown to reduce cardiac muscle contractility by inhibiting excessive myosin-actin cross-bridge formation, resulting in hypercontractility, left ventricular hypertrophy, and reduced compliance.

The company has an April 28 PDUFA date for that indication.

“We are encouraged by the findings from this important study, which add to the growing body of clinical evidence that supports the promise of mavacamten for patients living with obstructive HCM,” Roland Chen, senior vice president of cardiovascular development at BMS said in a statement.