Baltimore Longitudinal Study of Aging: How to Live Forever or Die Trying 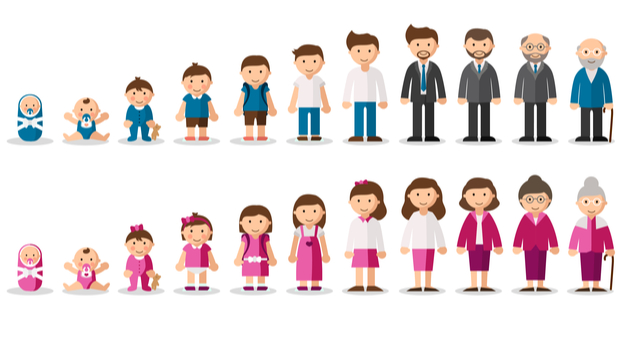 The Baltimore Longitudinal Study of Aging (BLSA) was launched in 1958 by the National Institutes of Health (NIH). It was the brainchild of Nathan Shock, chief of the NIH’s Gerontology Branch at the time and William W. Peter, a retired officer and missionary doctor.

The idea was to follow and study the lives of healthy, active people over their lifetimes, rather than after they were dead. The National Institute on Aging (NIA)’s Intramural Research Program in Baltimore works today with more than 1,300 male and female BLSA participants whose ages range between their twenties and 100s. They come to the BLSA facility every 1 to 4 years for a comprehensive evaluation of health, cognition and function that lasts almost three days.

It has been pointed out that there is a trend of biotech companies launching focused on longevity. Some observers have noted that a number of aging billionaires are investing in longevity companies. These include Bill Gates, Google co-founder Larry Page, Michael Bloomberg, Richard Branson, Tim Disney and many others. Whether their age inspires them to invest in these companies, or they look like good investments to very savvy investors is up for debate.

But there’s no doubt that there are quite a number of these companies that have cropped up in recent years. For example, Alphabet’s Calico focuses on combating aging and related disease. Israel’s ChemomAb focuses on immune system disorders. Unity Biotechnology focuses on aging. Elevian, which came out of Stanford University and Harvard University, focuses on the regenerative effects of “young blood” using a model called parabiosis.

A venture company, Longevity Fund, focuses on companies that are working on longevity and diseases of aging. Their portfolio includes Precision BioSciences, Alexo Therapeutics, Metacrine and Navitor Pharmaceuticals.

While all those companies are working in some way, using cutting-edge biotechnology, to identify and develop therapies for aging and diseases of aging, the BLSA has been focused on how we age. And one key finding is that most people age differently, although there are common changes almost everyone experiences.

One happy thought is that normal aging is not synonymous with disease. The NIA reports, “BLSA’s longitudinal design supports the pursuit of links between aging and disease. Scientists can look back at information collected from participants over time, including data from years before a diagnosis, and attempt to identify the changes that precede and perhaps predict clinical symptoms, the so-called precursors of disease. They can determine what distinguishes two seemingly healthy people: one who will go on to develop a certain health problem, the other who will not.”

The BLSA helped discover the link between prostate-specific antigen levels (PSA) and prostate cancer. Researchers also found ways to improve the test by determining the ratio of free PSA to total PSA.

The BLSA began measurements of cognition in 1960, although the focus there shifted in 1985 to dementias like Alzheimer’s disease. BLSA research has helped in the development of “a history map for the time preceding a participant’s diagnosis of AD. These maps showed when participants experienced an accelerated decline in memory, verbal intelligence, and executive function (the ability to use past experiences to carry out cognitive actions like correctly categorizing animals, fruits, and vegetables or identifying and recalling important details).”

The BLSA reported in 2008 that almost everyone shows a natural, steady decline in cognitive abilities, but the rate for people who developed Alzheimer’s varied. “Memory decline, for example,” the NIA writes, “increased (compared to normal) approximately 7 years before the AD diagnosis and then accelerated a second time, 2 to 3 years before diagnosis.”

For anyone interested, the BLSA is accepting new participants in their 60s, although there is a waiting list for older volunteers. They are also looking to recruit a new generation of volunteers in their 20s, 30s and 40s. For more information, call 410-350-3941 or toll-free at 1-800-225-2572 ext. 3941 or email NIAStudiesRecruitment@mail.nih.gov.