Pfizer Postpones EUA in Kids Under 5, will Wait for Full Data 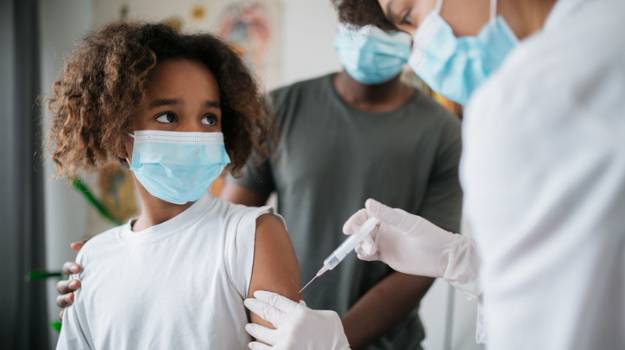 On the day the public and members of the U.S. Food and Drug Administration’s Vaccines and Related Biological Products Advisory Committee were going to get a look at Pfizer and BioNTech’s COVID-19 vaccine data for children under 5, the companies pulled the Emergency Use Authorization (EUA) submission.

Pfizer indicated it will wait for the full data on a three-dose series of the vaccine for that population, believing it “may provide a higher level of protection in this age group.” The data, which was going to be discussed by the advisory committee on February 15, will not be available until early April. The FDA has postponed the advisory committee meeting.

Pfizer had reportedly been planning to wait anyway, until the FDA requested the companies initiate a rolling submission for the EUA, which they then submitted on February 2. The vaccine has been fully approved for a two-dose regimen in adults and a third-dose booster in people 12 years and older. It has an existing EUA in children 5 and older.

As of February 2, Pfizer was still collecting data on the third dose in the 6-month to 5-year age group, with inconsistent results over the two-dose regimen. In late December 2021, Pfizer reported that two child-sized doses of the vaccine did not provide as robust an immune response in 2-to-5-year-olds as desired but did in children 6 months to 2 years of age. They indicated at the time that they would evaluate a third injection eight weeks after the second.

It’s not clear why the discrepancy, although children’s immune systems are not as mature as adults. The companies have declined to speculate.

This discrepancy had caused some health experts to urge the FDA to delay authorization until the results from a third booster dose are complete. According to NBC Health/Yahoo! News, two people familiar with the FDA’s plans indicated experts had been pushing back against the authorization over concerns Pfizer and BioNTech’s data wasn’t sufficient, but those concerns were “falling on deaf ears” within the FDA.

John Moore, professor of microbiology and immunology at Weill Cornell Medical College, thinks that Pfizer and BioNTech need to decide which dose is appropriate. “They have to make the best guess about what dosage to use in young children and they got it wrong, they underdosed,” he said.

Pfizer, in its statement, said, “The trial in children 6 months through 4 years of age is ongoing and data on the first two 3 microgram doses in this age group are being shared with the FDA on an ongoing basis. Cases continue to accumulate according to the study protocol and more data are being generated because rates of infection and illness remain high in children in this age, especially due to the recent Omicron surge.”

Pfizer also said the independent Data Monitoring Committee for the trial supports continuing according to the protocol and so far suggests the vaccine is well tolerated and supports a potential three-dose regimen. “The extension allows the FDA to receive updated data on the two and three-dose regimen, conduct a thorough evaluation of it and facilitate a robust, public discussion,” Pfizer stated.

In addition to safety and efficacy, the FDA and its advisory committee will likely consider whether this age group really needs a COVID-19 vaccine. Although children of all ages can potentially catch COVID-19, children in general only represent about 18% of all COVID-19 cases in the U.S., according to the Mayo Clinic. Granted, that is 5.6 million cases since early September 2021. However, they are much less likely to become severely ill. Approximately half of children and adolescents who are diagnosed with COVID-19 are asymptomatic. Newborns, however, may be at higher risk of severe disease than older children. There is also a risk of multisystem inflammatory syndrome (MIS-C), which is a higher risk in children with COVID-19.

Earlier in the pandemic, children seemed largely unaffected by the disease, but the rise of the Delta and Omicron variants, which are more infectious than previous strains, affected children more often — probably because the disease was more widespread in the population. A survey by the Kaiser Family Foundation found that only about 31% of parents of children under 5 years of age said they would get their kids vaccinated right away, 12% said they only would if it was required and 29% they’d wait. Of them, 26% said they would not get their children vaccinated.

Dr. Betsy Herold, a pediatric infectious disease physician at the Albert Einstein College of Medicine, told Vox, “The risk in children has not changed with the new variant as far as we can tell.” She estimates that less than 2% of children infected are hospitalized and less than 0.3% of those infected dies. Although the data is lacking, Long COVID appears to be very low in children.

There are about 19 million children in the U.S. under 5 years of age.