Pfizer-BioNTech and Moderna's Vaccines Are Leading the COVID-19 Race. How Do They Compare? 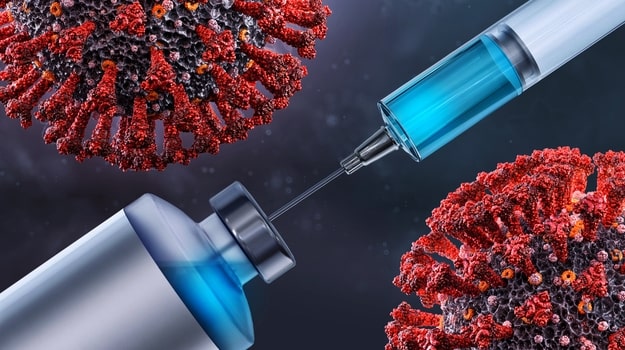 After yesterday’s news that Moderna reported interim efficacy data for its COVID-19 vaccine of 94.5%, only a week after Pfizer and BioNTech’s preliminary data readout of its COVID-19 vaccine suggested a 90% efficacy rate, the U.S. and western countries have the promise of two effective and reasonably safe vaccines. There are similarities between the two, and a few differences. Here’s a look.

One big similarity is they both use new messenger RNA technology. To date, no therapeutic or vaccine using mRNA has been approved for use by the U.S. Food and Drug Administration (FDA). Both of these vaccine candidates require two doses about 28 days apart. The Pfizer-BioNTech vaccine requires storage at about -94 degrees F, which requires specialized freezers. The Moderna vaccine is stable at 36 to 46 degrees F, about the temperature of a standard home or medical refrigerator, for up to 30 days and can be stored for up to six months at -4 degrees F.

The ultra-cold storage needed for the Pfizer-BioNTech product is not unprecedented. Debra Kristensen, who has worked in vaccine innovation and supply chains at PATH, an international public health nonprofit, for thirty years, told NPR, “I believe it can be done. Ebola vaccine, for example, was successfully used in a few African countries and also required this ultra-cold chain storage.”

Distributing the vaccine under ultra-cold chain storage conditions, she said, “is possible, but it’s definitely going to be much more expensive and more difficult.”

Pfizer has designed its own packaging using dry ice that can be stored for weeks without the specialized freezers. Moderna’s vaccine requires more typical storage.

At issue is the delicacy of mRNA, the technology used for both of these vaccines. It allows for very fast development, and at this point appears to be very effective in stimulating an immune response safely. But, Margaret Liu, a vaccine researcher and chair of the International Society for Vaccines, told NPR, mRNA is “really easily destroyed, and that’s because there are many, many enzymes that will just break it apart.”

The two groups have proprietary formulations, which is why there are different storage requirements. Because the formulations are being kept secret, it’s not well understood outside the companies why there is a difference. It’s based on internal data, and it’s possible as the vaccines are rolled out, more data will come in showing the Pfizer-BioNTech vaccine does not require as stringent cold—or that the Moderna vaccine does. Some of the data may find that short-term storage doesn’t require as cold temperatures, while long-term storage probably will. The companies are continuing to conduct studies, but it takes time.

Pfizer launched a pilot program in four U.S. states to deliver the vaccine. The states are Rhode Island, Texas, New Mexico and Tennessee. They were chosen based on overall size, population diversity, immunization infrastructure and a combination of urban and rural settings.

“We are hopeful that results from this vaccine delivery pilot will serve as the model for other U.S. states and international governments, as they prepare to implement effective COVID-19 vaccine programs,” Pfizer stated yesterday.

Pfizer indicated the four states won’t get the vaccine earlier than other states because of the pilot program.

Pfizer and BioNTech have a $1.95 billion agreement with the U.S. government to supply 100 million doses of the vaccine, with an option for another 500 million. The companies accepted no development funding from the U.S. government. The Moderna vaccine trials were developed with financial and logistical support from the U.S. National institute of Allergy and Infectious Diseases (NIAID) and Operation Warp Speed, and could receive up to $2.45 billion in federal government funding. Health and Human Services (HHS) originally granted Moderna $955 million for clinical development. They also have a $1.5 billion deal to supply 100 million doses to the U.S. governerment.

Although the two vaccines use essentially the same technology, and have very similar efficacy, the storage requirements are different. Moderna’s clinical trial data, to date, suggests their vaccine is protective in the elderly and in people from communities of color. The latter group made up about 37% of Moderna’s trial. The Moderna data released so far also suggests that the vaccine may prevent severe disease. Elderly populations also appeared to have a positive response to the vaccine.

It's possible the Pfizer-BioNTech vaccine has similar responses in subpopulations, but so far the specific data to that effect has not been released.

One concern, and one that can only be resolved with time, is how effective the vaccines are long-term. Some vaccines, such as measles, offer decades of protection. Others, such as influenza, provide about a year. Some of that is related to mutating strains and some of it associated with fading immune effects.

“We do not know at this point what the durability of protection will be,” Anthony Fauci, director of NIAID, told the media on Monday.

In terms of safety and tolerability, both the Pfizer-BioNTech and Moderna vaccines appear to be generally tolerable. That isn’t to say there are no side effects. Moderna’s appears to include fatigue, muscle pain and headache, but none required hospitalization. Pfizer reported no serious safety concerns, although in its Phase I trial, there cases of mild or moderate fever and pain at the injection side. These too resolved over time.

Generally, the side effects seem comparable to those seen in GlaxoSmithKline’s shingles vaccine, Shingrix, which is given in two doses at least two months apart. Although many people have no particular side effect to that vaccine, others report pain, redness and swelling at the injection site, muscle pain, tiredness, headache, shivering, fever and upset stomach.

At this time, one issue likely to complicate matters related to the storage, is where the vaccines will be distributed. For example, the Pfizer vaccine is only being distributed in lots of 975 doses or more, compared to the typical 100.

Christine Finley, immunization manager in Vermont, who is wrapping up the state’s distribution plan, told NPR, “If you have a large university where you’re going to be able to reach a larger number of people, that would make sense that you might consider distributing your ultra-cold there.”

The Moderna vaccine, on the other hand, because of fewer temperature restrictions, might work better “in areas where it might be more difficult to use up such a larger order or they may not have the [cold] storage,” she added.

Finley, however, points out that, “This really isn’t a race. Just by sheer numbers, we probably need multiple, multiple vaccines.”

A third group, AstraZeneca and the University of Oxford, may have data before the end of the year as well. In the U.S., the next closest program is probably Johnson & Johnson, which isn’t expected to report actionable data until late in the first quarter 2021. Unlike the Pfizer-BioNtech and Moderna vaccines, J&J’s requires only a single dose.