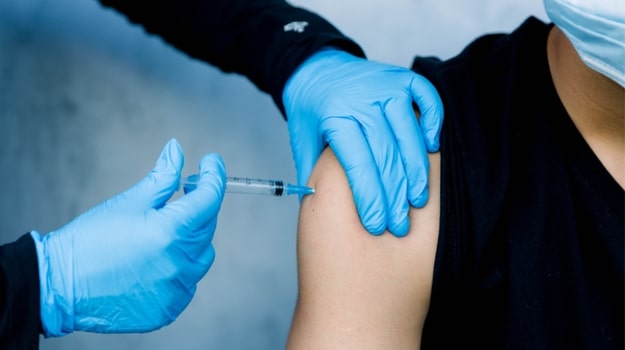 With the entire world watching, Pfizer and BioNTech released very promising interim data from the Phase III COVID-19 vaccine trial. The data suggest a 90% efficacy rate for the vaccine.

Initially, the plan was to conduct an interim analysis after 32 patients in the trial developed COVID-19, but after discussions with the U.S. Food and Drug Administration (FDA), the companies decided to conduct it at a minimum of 62 cases. But the case count hit 94 and the data monitoring committee (DMC) conducted the first interim analysis on the cases. The case split between people vaccinated and people receiving the placebo showed an efficacy rate greater than 90% at seven days after the second dose. The two doses are given about 28 days apart. This indicates the protection against the virus is achieved 28 days after the first vaccine.

Essentially, they were waiting for a certain number of patients in the clinical trial to be diagnosed with COVID-19. Then they compare the percentages of positive tests in the vaccine group against the placebo group.

They caution that as more data is accumulated and analyzed, the efficacy percentage may shift. Nonetheless, it’s extremely promising and there were no serious safety signals.

“Today is a great day for science and humanity,” said Albert Bourla, Pfizer’s chairman and chief executive officer. “We are reaching this critical milestone in our vaccine development program at a time when the world needs it most with infection rates setting new records, hospitals nearing over-capacity and economies struggling to reopen. With today’s news, we are a significant step closer to providing people around the world with a much-needed breakthrough to help bring an end to this global health crisis. We look forward to sharing additional efficacy and safety data generated from thousands of participants in the coming weeks.”

The trial of the vaccine, BNT162b2, started on July 27. It has so far enrolled 43,538 participants, with 38,955 having received a second dose as of November 8. Globally, about 42% of the participants are from racially and ethnically diverse backgrounds, with the figure in the U.S. being about 30%.

The trial is also studying the potential for the vaccine to offer protection against COVID-19 in people who have previous exposure to the virus, as well as vaccine prevention against severe COVID-19 infection. In addition, after discussions with the FDA, they are adding new secondary endpoints to test efficacy based on cases accruing 14 days after the second dose. They think the new endpoints will help collaborate data across all COVID-19 vaccine studies and allow for cross-trial comparisons between novel vaccine platforms.

They believe they will have enough data to apply to the FDA for an Emergency Use Authorization (EUA) by news week, the third week of November. Participants will also be followed for another two years. The EUA would likely be for emergency use in people aged 16 to 85, with health care workers being the first eligible for the vaccine. The EUA application requires two months of safety data from about half of the trial’s 44,000 patients, which they expect in the next week or so.

Pfizer and BioNTech have a contract with the U.S. government to deliver 100 million doses of the vaccine this year worth $1.95 billion. They also have deals with the European Union, the UK, Canada and Japan.

Although Pfizer did not release the full data, which has not been peer-reviewed in a scientific journal yet, the data suggests that of the 94 people in their interim analysis, no more than 8 caught COVID-19. The lowest efficacy rate the FDA had indicated it would accept was 50%, so the 90% rate hurdles that bar easily. The next data analysis, with 164 COVID-19 cases, would be to continue confirming the efficacy data. The company has indicated that with the current surge of cases in the U.S., they expect to hit that 164 figure by early December.

Three other vaccine programs are behind the Pfizer-BioNTech group. At this point, Moderna appears to be running only a few weeks behind, with data expected before the end of the year, followed closely by AstraZeneca and the University of Oxford’s program. In the U.S., the next closest program would be Johnson & Johnson. J&J’s program isn’t expected to report actionable data until late in the first quarter 2021, possibly in March. All of the vaccines except J&J’s requires two shots taken about 28 days apart. The J&J vaccine is a single-dose regimen.