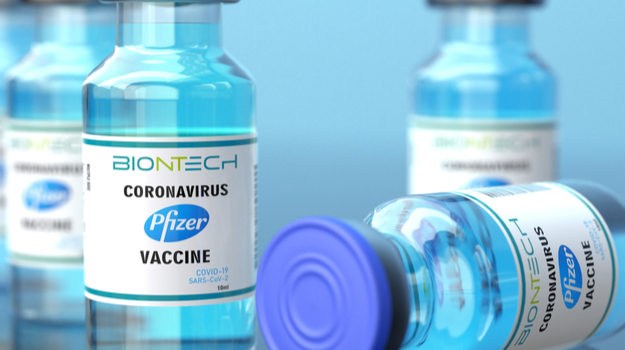 As expected after Pfizer and BioNTech announced their COVID-19 vaccine Phase III trial had completed and demonstrated a 95% efficacy rate, the companies plan to apply for an Emergency Use Authorization (EUA) with the U.S. Food and Drug Administration (FDA) today. Ursula von der Leyden, president of the European Commission, also said she believes the vaccine could be granted conditional marketing authorization by the European Medicines Agency (EMA) by mid-December.

The submission to the FDA is built on data from the Phase III trial, which launched in the U.S. on July 27 and enrolled more than 43,000 participants. The trial hit all primary efficacy endpoints. The first primary objective analysis is based on 170 cases of COVID-19, with 162 cases seen in the placebo group compared to eight cases in the cohort receiving the vaccine. They found efficacy consistent across all ages, gender, race and ethnicities, and the efficacy in older adults over 65 years of age was more than 94%.

The companies say the Data Monitoring Committee has not reported any serious safety issues and in a review of unblinded reactogenicity data from the final analysis of at least 8,000 participants 18 years and older, the vaccine was well tolerated. Most adverse events resolved shortly after vaccination. Grade 3 adverse events are classified as severe and there were about 2% of the study participants and included fatigue (3.8%) after the first or second dose and headache (2.0%) after the second dose. As was seen in the earlier data reviews and trials, older adults reported fewer and milder side effects.

The submission will also include safety data on about 100 children between the ages of 12 and 15. Approximately 42% of the participants around the globe and 30% in the U.S. come from racially and ethnically diverse backgrounds. And in the U.S., 45% were between the ages of 56 and 85, and globally, about 41% were in that age range.

“Filing in the U.S. represents a critical milestone in our journey to deliver a COVID-19 vaccine to the world and we now have a more complete picture of both the efficacy and safety profile of our vaccine, giving us confidence in its potential,” said Albert Bourla, chief executive officer of Pfizer.

An EUA is not the same as a full approval. An EUA allows vaccines or other therapies to be used under specific circumstances before all the evidence is available for approval. The FDA decides based on the submission whether a product’s “known and potential benefits outweigh its known and potential risks.”

The companies believe they can produce up to 50 million vaccine doses by the end of the year globally, and up to 1.3 billion by the end of 2021. Currently, Pfizer has four facilities in operation for manufacturing and supply chain: St Louis, Missouri; Andover, Massachusetts; Kalamazoo, Michigan; Puurs in Belgium. BioNTech also has manufacturing sites in operation in Germany.

Moderna reported interim efficacy data for its COVID-19 vaccine of 94.5%. They are on track for an EUA in the next several weeks as well. Moderna believes it can have about 20 million doses of the vaccine, mRNA-1273, ready to ship in the U.S. by the end of the year. It also believes it can manufacture 500 million to 1 billion doses globally in 2021.

The FDA has scheduled an advisory committee meeting for December 8, 9, and 10, according to reports, that will take into consideration the applications. The source told CNN that the agency may potentially make a decision at the end of the meeting on December 10 on the EUA.

“It will make sense that in all likelihood the FDA will consider both applications together,” the source told CNN, because both vaccines use the same mRNA technology and have very similar safety and efficacy data from their large Phase III clinical trials.

The National Academies of Sciences, Engineering, and Medicine outlined a plan for early distribution of the vaccine that will be used as a framework by the CDC’s Advisory Committee on Immunization Practices. The tentative rollout plan has four phases and will likely begin by the end of December:

Phase II: 30% to 35%. All people over age 65; teachers; childcare workers; people with underlying conditions that put them at moderately higher risk; all people under 65 in prisons, jails and detention centers.

Phase III: 40% to 45%. Young adults, children if it’s safe for them, and people who work in industries like hotels, banks, higher education, and factories.

The CDC’s Advisory Committee on Immunization Practices (ACIP) has a preliminary meeting scheduled on Monday, November 23, but does not plan on voting on that date. The CDC will consider ACIP’s recommendations.

Generally, it’s unlikely the vaccine will be available to the general public until the spring or summer of 2021. At least one timeline suggests March-April 2021.

It is possible there will be at least two more vaccines available in the coming weeks and months. One is by AstraZeneca and the University of Oxford. That group published positive Phase II data today and suggests they will have available data on their Phase III trial by Christmas. Johnson & Johnson has a vaccine in trials now with expectations of actionable data by the end of the first quarter of 2021. One positive aspect of the J&J vaccine is that it only requires a single dose.