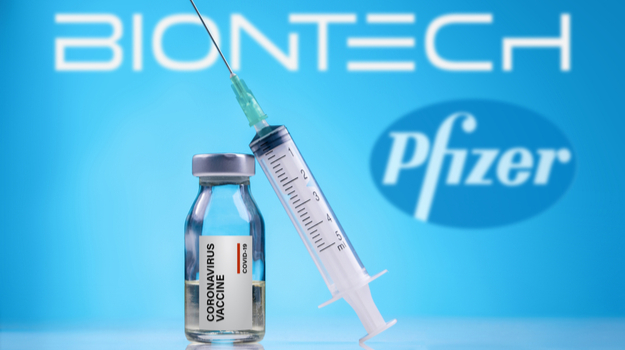 While there’s no doubt about the success of the Pfizer and BioNTech COVID-19 vaccines, with that kind of success comes significant scrutiny and legal action. While the two companies push to develop and test COVID-19 vaccines specific to Omicron variants, they are also fending off lawsuits over their technology. Continue reading for more details.

Pfizer and BioNTech initiated a Phase II trial of an enhanced COVID-19 vaccine. This next-generation bivalent vaccine candidate, BNT162b5, is made up of RNAs encoding enhanced prefusion spike proteins for both the wild-type Wuhan strain and an Omicron variant. The spike protein has been modified with the goal of increasing the immune response to better protect against COVID-19.

The trial will be based in the U.S. and enroll about 200 people between the ages of 18 and 55 who have received one booster shot of a U.S.-authorized COVID-19 vaccine at least 90 days before their first study visit. They will be stratified based on the number of months since their last COVID-19 shot before entering the trial. There is no placebo in the study.

On June 29, Pfizer and BioNTech announced a new vaccine supply deal with the U.S. government to supply 105 million doses (30 microgram, 10 microgram and 3 microgram) of their vaccines, potentially including the adult Omicron-adapted COVID-19 vaccines, such as the one being tested in this Phase II trial. The U.S. government is paying $3.2 billion upon receipt of the first 105 million doses. The government has an option to acquire up to 195 additional doses, bringing the total to 300 million, if necessary.

On June 25, the two companies reported pivotal data on two Omicron-adapted vaccine candidates. They have started manufacturing these vaccine candidates at their own expense so they can start delivering them as soon as they are authorized.

Pfizer and BioNTech Fight Back Against CureVac Patent Claims

As reported last week, German-based CureVac has filed a lawsuit in a German court against BioNTech seeking “fair compensation for infringement… of CureVac’s intellectual property rights” associated with technology used to manufacture the Pfizer-BioNTech COVID-19 vaccine. CureVac pulled its first-generation mRNA COVID-19 vaccine from a regulatory review last year, focusing on a second-generation vaccine instead. In early trials, the CureVac vaccine was only about 47% effective.

CureVac stated, “The CureVac intellectual property portfolio protects multiple inventions that are considered essential to the design and development of BioNTech’s SARS-CoV-2 mRNA vaccine, among others. These relate to the engineering of mRNA molecules, including sequence modifications to increase stability and enhance protein expression, as well as mRNA vaccine formulations specific to SARS-CoV-2 vaccines.”

Now, Pfizer and BioNTech filed a complaint against CureVac in the U.S. District Court in Massachusetts, alleging CureVac is trying to profit off the success of their vaccines. BioNTech reports that CureVac’s U.S. patents were equivalent to German patents mentioned by CureVac in their German lawsuit.

CureVac initiated discussions with Pfizer and BioNTech over intellectual property rights in January, but a resolution has been unsuccessful.

The countersuit by Pfizer and BioNTech requests the Boston court declare that their vaccine, whose trade name is Comirnaty, does not violate three patents CureVac holds regarding mRNA vaccines. They argue that their vaccine does not work the same way CureVac’s patents cover.

One of the three patents addresses how mRNA is inserted into lipid nanoparticles (LNPs), which are the delivery vectors for the vaccines.

Alnylam is also suing Pfizer and BioNTech, as well as Moderna, alleging they infringed a newly obtained patent on the mRNA delivery system used in the COVID-19 vaccines. Alnylam argues that Moderna and Pfizer’s mRNA vaccines violate an Alnylam patent on LNP technology as well. Alnylam filed the lawsuits the same day the U.S. Patent and Trademark Office issued the patent.

Alnylam originally filed a suit in March over the LNP patent. In May, Pfizer responded, claiming that Alnylam understood the vaccine is “outside the scope of what Alnylam actually invented.”

Moderna, in response to the March lawsuit, claimed they were immune to Alnylam’s claims because Moderna provided the vaccines under the U.S. government’s national vaccination program. The new lawsuits demand an unspecified share of vaccine royalties. Pfizer and BioNTech have projected $32 billion in sales of its COVID-19 vaccine this year. Moderna has projected $21 billion.