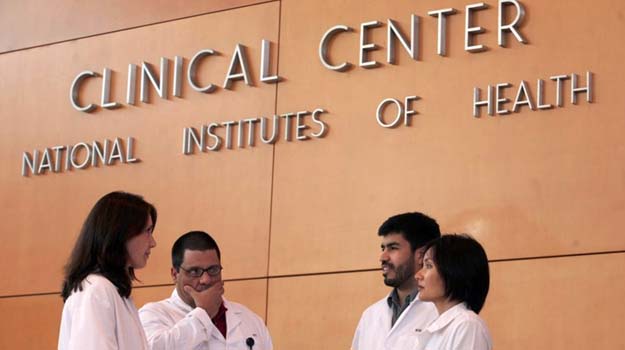 In 2014, the U.S. National Institutes of Health (NIH) launched a program called the Undiagnosed Disease Network (UDN). Recently, The New England Journal of Medicine published a study looking at the results of the network.

Between 2015 and 2017, more than 1,500 people applied to the network’s seven patient sites for an evaluation. Only 601 people who were believed to be likely to receive the most benefit were accepted. Physicians and researchers affiliated with the network found a diagnosis for about a third, or 132 of the first 382 patients who completed their evaluations.

And, according to the report, 31 of those diagnosed were for syndromes that were identified for the first time.

The UDN was founded with a network of seven clinical sites, two sequencing cores, and a coordinating center. Later, the network added a central biorepository, a metabolomics core, and a model organisms screening center.

Fifteen of the patients’ diagnosis was based on clinical review alone, while 98 (74%) required exome or genome sequencing. The study notes, “Of the diagnoses, 21 percent led to recommendations regarding changes in therapy, 37 percent led to changes in diagnostic testing, and 36 percent led to variant-specific genetic counseling. We defined 31 new syndromes.”

The UDN shares deidentified phenotypic and genotypic data in public databases to increase the likelihood of diagnoses. Those databases are the Database of Genotypes and Phenotypes (dbGaP), PhenomeCentral, and ClinVar.

Euan Ashley, professor of medicine at Stanford University School of Medicine, lead author of the study, told MedicalXpress, “Our goal is to take on the hardest cases in medicine—to find patients and families with conditions that no one has been able to solve. We wanted to provide a place that these people could come, so the Undiagnosed Disease Network came together to try to answer that need.”

Ashley noted that some cases were solved simply because we know more now than we did a year ago. One of the patients had been followed by the network for several years. He had life-threatening episodes of lactic acidosis, a buildup of lactic acid in the body.

Matthew Wheeler, assistant professor of medicine at Stanford, co-author of the study, and executive director of the Stanford Center for Undiagnosed Diseases, told MedicalXpress, “It’s sort of like an extreme version of when you exercise intensely, and you feel that burn from the lactate buildup—only it’s your whole body that feels that way. Lactic acidosis can also cause your acid-base balance to be out of whack, and when people have severe acid-base disturbances, they’re at high risk for arrhythmia or death.”

What was eventually found by Stanford scientists was a single mutation in the gene ATP5F1D, which is involved in mitochondrial function, which provides energy to cells. MedicalXpress writes, “The genetic oddity and symptoms had never been classified together officially, but from connections within the network and in some instances word of mouth, the scientists found that other doctors around the world had patients plagued by this syndrome. In verifying that the mutation caused the syndrome—called mitochondrial complex V deficiency, nuclear type 5—network collaborators on the study developed animal models to show causality.”

“This is a new type of scientific odyssey,” Ashley told MedicalXpress. “We’re learning about biology in a way that could help not just one family, but potentially dozens, even hundreds, of families who suffer that same rare condition. That’s the biggest benefit of this network effect—the impact of identifying one patient’s disease could end up being global.”