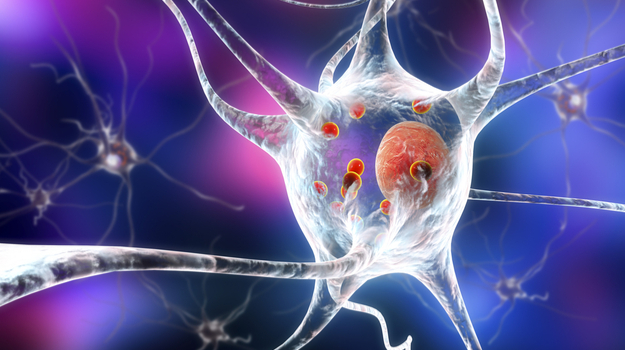 Shares of Voyager Therapeutics have skyrocketed more than 43 percent in premarket trading after the company announced it had forged a collaborative deal to develop a gene therapy treatment for Parkinson’s disease with San Diego-based Neurocrine Biosciences.

Neurocrine’s R&D deal covers Voyager’s gene therapy programs, VY-AADC for Parkinson’s disease and VY-FXN01 for Friedreich’s ataxia, as well as rights to two programs that have yet to be determined. The collaboration will combined Neurocrine Biosciences’ expertise in neuroscience, drug development and commercialization with Voyager’s innovative gene therapy programs targeting severe neurological diseases.

Kevin Gorman, chief executive officer of Neurocrine, said the collaboration with Voyager has the potential to develop beneficial therapeutics for people with serious neurological disorders.

“The partnership with Voyager allows us to expand our clinical development pipeline addressing neurological disorders, leverage Voyager’s expertise in CNS-focused gene therapy, and develop potential treatments for diseases, such as Parkinson’s disease and Friedreich’s ataxia, which have significant unmet clinical needs,” Gorman said in a statement.

Andre Turenne, president and CEO of Voyager, said Neurocrine is an ideal partner and has “proven expertise” in the development of therapies for people with movement disorders and other neurological diseases. The collaboration with Neurocrine will enhance the company’s efforts to become the leading “fully-integrated gene therapy company focused on severe neurological diseases,” he added.

Under terms of the agreement, Neurocrine provided Voyager with $165 million in an upfront payment, along with funding for ongoing development of each program. If developmental, regulatory and commercial milestones are hit, Voyager could snag up to $1.7 billion.

The collaborative deal primarily focuses on two assets. VY-AADC is an investigational gene therapy product. According to Voyager, the therapy is designed to deliver the AADC gene directly into neurons of the putamen where dopamine receptors are located. This bypasses the substantia nigra neurons and enables the neurons of the putamen to produce the AADC enzyme to convert levodopa into dopamine. Voyager said this approach provides the potential to “durably enhance the conversion of levodopa to dopamine and provide clinically meaningful improvements by restoring motor function in patients and improving symptoms following a single administration.”

After the U.S. Food and Drug Administration granted Regenerative Medicine Advanced Therapy (RMAT) designation for VY-AADC for the treatment of Parkinson’s disease in patients with motor fluctuations who are refractory to medical management, Voyager initiated a Phase II trial. The mid-stage RESTORE-1 trial is aimed at patients who have been diagnosed with Parkinson’s disease for at least four years, are not responding adequately to oral medications, and have at least three hours of OFF time during the day.

As part of the deal, Neurocrine will fund the clinical development of the Phase II and III VY-AADC program. After the data readout of the RESTORE-1 trial, Voyager has the option to either co-commercialize VY-AADC with Neurocrine Biosciences in the U.S., or grant Neurocrine full global commercial rights in exchange for milestone payments and royalties based on global sales.

Neurocrine will also fund Phase I development of the gene therapy treatment for Friedreich’s ataxia, a rare inherited neurological disease caused by mutations in the frataxin gene, which results in severe sensory impairment, progressive loss of the ability to walk, generalized weakness, and loss of sensation, as well as severe and potentially fatal cardiomyopathy.