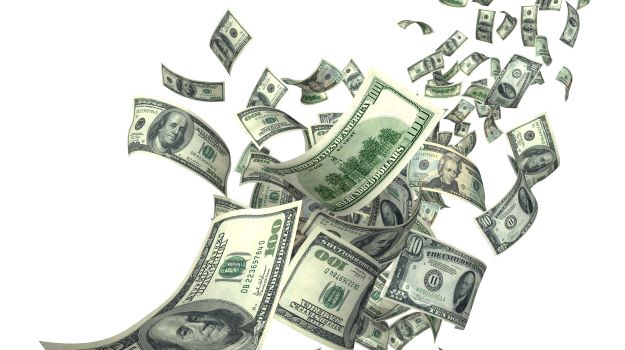 Each week more money pours into the biopharma world. Here's a peek at who's getting a taste of fresh funds this week.

Just seven months after launch, Umoja gains more traction with $210 million in fresh Series B funds. Unlike other immunotherapy approaches which reprogram T cells from the patient or a healthy donor in the lab, Umoja’s platform turns T Cells into cancer-fighting soldiers in vivo. This tremendously lowers cost while increasing accessibility. Funds from this raise will be used to advance two lead programs into the clinic, continue integrated technologies development and expand internal manufacturing capabilities with a site in Boulder, Colorado.

After launching just last August, radiopharmaceutical drug developer RayzeBio has scooped up a total of $258 million in funds, including today's announcement of $108 million in Series C financing. The company’s radiopharmaceuticals deliver radioisotopes directly to tumors using the bloodstream. With seven programs in the pipeline, this raise will bring a few, yet to be disclosed candidates to the clinic.

Two years after its launch, Synthekine Inc. closed an oversubscribed $107.5 million Series B financing round to advance the company’s lead preclinical drug candidates into the clinic, as well as continue the development of other assets in its preclinical pipeline. Synthekine’s lead candidates are its selective IL-2 partial agonist, STK-012, as well as its orthogonal IL-2 and CD-19 CAR-T system, STK-009, and SYNCAR-001. At the American Association for Cancer Research earlier this year, Synthekine presented data that showed STK-012 induced potent anti-tumor activity while avoiding the toxicities that have hindered the development of IL-2 therapeutics, including vascular leak syndrome (VLS).

Launched by Versant Ventures last year, Bright Peak secured $107 million in a Series B round. Fredrik Wiklund, CEO of Bright Peak, said the financing would allow the company to expand its Immunocytokine platform and advance its pipeline of programs across IL-2, IL-18, and IL-7. The company is developing next-generation cytokine immunotherapies to treat cancer and autoimmune diseases. Bright Peak’s Immunocytokines allow tissue- and cell-specific targeting of the cytokine payload with the added potential for synergistic efficacy through potency-enhancing avidity effects, the company said.

A $75 million Series D will take two of this multinational biotech’s lead cancer antibodies to Phase I clinical trials. HFB200301is a novel anti-TNFR2 antibody and while HFB301001 is a differentiated second-generation anti-OX-40 antibody. HiFiBio uses its Drug Intelligent Science platform to enhance the probability of success for both the candidate trials. Funds will also advance multiple programs through discovery and clinical development.

With about 45% of deaths in the US attributed to fibrotic disorders, Swiss biotech Alentis sees a massive potential for its anti-fibrotic therapy. This week’s $67 million raise will help advance therapies targeting Claudin-1 for liver and kidney disease into the clinic. One of the company's lead molecules, ALE.F02 modulates the function of non-junctional Claudin-1, preventing and even possibly reversing the damaging growth of fibrotic tissue in the liver and kidneys.

Focused on ferroptosis-based drug discovery, iron-dependent cell death, new biotech Kojin launched with a $60 million Series A. The company believes many difficult-to-treat diseases, including drug-resistant cancers involve diseased cells that are sensitive to ferroptosis. Kojin’s technology platform leverages a novel non-genetic classification of cell states to understand how a cell responds to its environment and to a specific compound or molecule. It finds specific drug targets by connecting complex cell states to known biochemical processes, such as ferroptosis. The company believes ferroptosis will allow them to approach historically difficult-to-drug diseases, such as sarcomas and certain types of fibrosis.

This Cambridge-based company completed a $55 million Series B extension round, which brings its Series B funding total to $98 million. Funds will advance Senda’s platform while bringing its therapeutic programs into clinical trials. The company’s programs include immuno-oncology, metabolic disease, neurology, infectious disease and cancer vaccines, mRNA therapy and more. Senda’s program for chronic disease is expecting a first-in-human in early 2022.

Three years after its official launch, Camp4 Therapeutics is forging ahead with a $45 million Series A for its RNA-fueled gene expression platform.  The company's approach is the first to target a new class of RNA – regulatory RNA or regRNA – to control the expression of proteins. This generalized approach makes it potentially applicable to any genetic disease where a small increase in gene output can create positive therapeutic outcomes.  The current pipeline focuses on diseases where oligonucleotides have already proven safe and effective - CNS and liver diseases, and, in the future, muscle and heart diseases. An IND filing is expected by late next year.

A flurry of biotechs have filed for IPOs. Catch up on some of them here.