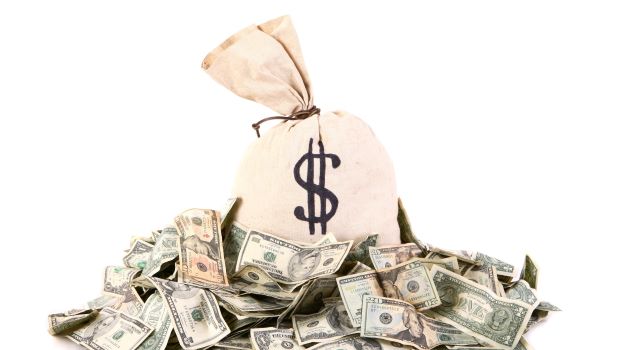 Seven months after its launch, Umoja Biopharma is ramping up with $210 million in fresh Series B funds.

While immunotherapies are all the rage, Umoja's approach is unique and next-gen. Most current therapies in development either take the patient's own T Cells out of the body or use a healthy donor's cells to engineer cancer-fighting soldiers that will be injected into the patient.

"Umoja has made tremendous strides in the past year, including advancing our preclinical programs, expanding manufacturing capabilities, and bringing on key hires to prepare for our next phase of development and growth," said Andrew Scharenberg, M.D., co-founder and Chief Executive Officer of Umoja Biopharma.

"We are excited to continue this momentum, with ongoing efforts to further validate our in vivo-based approach for maximum patient impact in both solid tumors and hematologic malignancies."

Funds from this raise will be used to advance two lead programs into the clinic, continue integrated technologies development and expand internal manufacturing capabilities with a site in Boulder, Colorado. In addition, three new executives have been joined the team since January.

With this level of fundraising support and program progress, Umoja could very well be headed to an IPO.

Umoja isn't the only player bringing in money for its fresh approach to treatment. Alentis Therapeutics hopes to bring the first anti-fibrotic treatment to the market to directly address liver and kidney disease.

The Swiss biotech scooped up $67 million in its own Series B round to advance therapies targeting Claudin-1. This novel target has the potential to treat liver fibrosis, kidney fibrosis, hepatobiliary cancer and more.

The traditional approach for these diseases involves a metabolic activator. But Alentis CEO Roberto Iacone says that only addresses the disease indirectly. And with about 45% of deaths in the US and Europe alone attributed to fibrotic disorder, the potential is massive.

"Fibrosis is an important risk factor for cancer, and Claudin-1 has a well-established role in cancer biology including tumor invasion and metastasis," founding Prof. Thomas Baumert said.

"Given the absent and unsatisfactory treatment options, it's critical that we deliver new therapeutics for patients suffering from fibrosis and cancer."

One of the company's lead molecules, ALE.F02 modulates the function of non-junctional Claudin-1, preventing and even possibly reversing the damaging growth of fibrotic tissue in the liver and kidneys.

Since its launch just last August, radiopharmaceutical drug developer RayzeBio has scooped up a total of $258 million in funds, including today's announcement of $108 million in Series C financing.

While external radiation treatment has long been standard for cancer, radiopharmaceuticals deliver radioisotopes directly to tumors using the bloodstream. This Series C will help bring some of the company's seven programs into the clinic.

"RayzeBio is unique in the breadth of our pipeline, as well as our selection of targets that we're pursuing would largely be viewed as first-in-class within the radiopharmaceutical sector," CEO Ken Song said.

With this level of financing under the belt, the next money stop for RayzeBio is likely to be an IPO.

Three years after its official launch, Camp4 Therapeutics is forging ahead with a $45 million Series A for its RNA-fueled gene expression platform.

The company's approach is the first to target a new class of RNA – regulatory RNA or regRNA – to control the expression of proteins. This generalized approach makes it potentially applicable to any genetic disease where a small increase in gene output can create positive therapeutic outcomes.

"Over the last few years, we've been quietly learning a great deal about the power of regRNAs to precisely influence gene expression and we are now using these insights, combined with a powerful oligonucleotide modality, to develop truly transformative medicines in a way that's never been done before," said Josh Mandel-Brehm, CEO of Camp4.

According to Manel-Brehm, Camp4 has "the industry's only platform for directly upregulating gene expression at the transcriptional level and rapidly advancing a pipeline of precise, potent and durable therapeutics that can be programmed to meet the exact needs of genetic diseases."

With extensive genomic data, Camp4 identifies regulatory RNA targets and develops RNA Actuators to drug them. The current pipeline focuses on diseases where oligonucleotides have already proven safe and effective - CNS and liver diseases, and, in the future, muscle and heart diseases. An IND filing is expected by late next year.