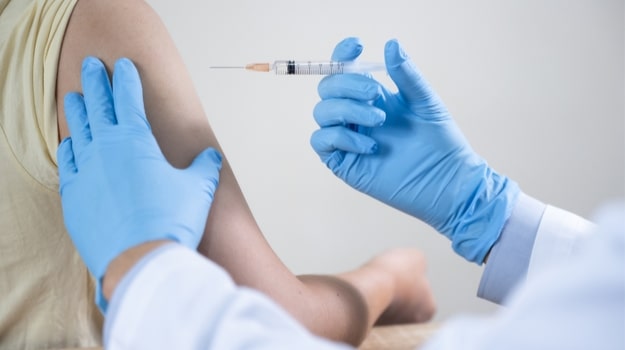 Moderna presented more detailed data from the Phase I trial of its mRNA COVID-19 vaccine at the Centers for Disease Control and Prevention’s Advisory Committee on Immunization Practices (ACIP) today. Of particular interest was the presentation of interim safety and immunogenicity data from cohorts of older adults in the study, which was led by the National Institutes of Health (NIH).

In looking at the 100-microgram dosage of the vaccine, Moderna and NIH investigators split the Phase I trial into three age groups: 15 to 55, 56 to 70, and 71-and-older. In comparing their data to the blood of patients who recovered from COVID-19 (convalescent) and evaluating out to day 57, the 100-microgram dose met “geometric mean titer levels of 267 for the 18-55 year old cohort, 235 for the older adult cohort (ages 56-70) and 242 for the elderly cohort (ages 71+), compared to the previously published GMT of 109 in the convalescent sera.”

The company is also analyzing their at-risk patients under 65 years of age with patients over 65 in order to evaluate it in Phase III. They believe that this cohort will make up between 25% and 40% of the 30,000 volunteers being enrolled in the Phase III trial.

Neutralizing antibodies were produced, which scientists believe will be required to develop immunity to the virus. They also produced killer T-cells. The antibodies produced were higher than what was observed in convalescent patients—often significantly higher. As mentioned above, the geometric mean titer (GMT) was 109 in the convalescent sera, whereas it was 267 in the 18-55-year-olds, 235 for the 56-70-year-olds, and 242 for the 70+ group.

The vaccine was well tolerated. No serious adverse events were reported. Adverse events reported were fatigue, chills, headaches and pain at the injection. Most symptoms resolved within two days.

Moderna launched their much larger Phase III trial of the vaccine on July 27, with the intention of enrolling 30,000 volunteers. As of August 22, the company had enrolled 13,194 people in the study.

UCHealth in Colorado announced yesterday that it began enrolling volunteers and over the next three to four weeks, expects to enroll 100 people per week.

On August 12, Moderna, signed a contract worth up to $1.525 billion with the U.S. government to supply 100 million doses of mRNA-1273, the company’s experimental COVID-19 vaccine.

The agreement also includes incentive payments for hitting a production schedule. Moderna had a previous award of up to $955 million from BARDA for the development of the vaccine to licensure, which brings the U.S. government’s commitment for early access to the vaccine up to $2.48 billion. The U.S. government, as part of Operation Warp Speed, also can acquire another 400 million doses.

As part of this deal, the U.S. government says American will receive the vaccine at no cost. It is possible that healthcare professionals will charge for the cost of administering it.

“We appreciate the confidence of the U.S. government in our mRNA vaccine platform and the continued support,” said Stéphane Bancel, Moderna’s chief executive officer. “We are advancing the clinical development of mRNA-1273 with the ongoing Phase III study being conducted in collaboration with NIAID and BARDA. In parallel, we are scaling up our manufacturing capability with our strategic partners, Lonza, Catalent and Rovi, to address this global health emergency with a safe and effective vaccine.”

Moderna’s vaccine is an mRNA vaccine against SARS-CoV-2 that encodes for a prefusion stabilized form of the Spike (S) protein. The mRNA codes for the S protein and uses a nanolipid particle—essentially a tiny fat droplet—as a vector to deliver the mRNA. Once injected, the body’s cellular machinery translates the mRNA code into the S protein, which it churns out, and the body’s immune system is trained to recognize it, should it encounter the actual virus.