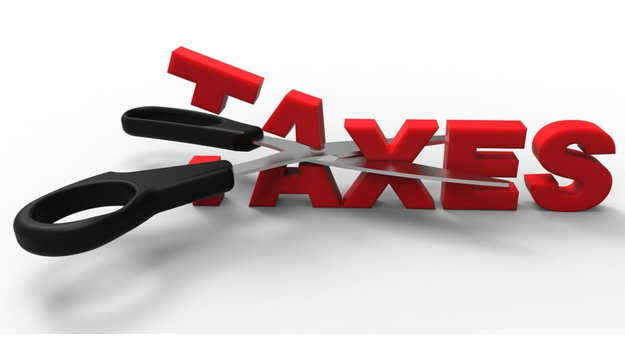 Federal corporate tax cuts that were framed as a way to give a boost to employment across the United States have been more beneficial to companies and shareholders than the average worker or consumer, a new report issued by the advocacy group Americans for Tax Fairness shows.

The 2017 cut lowered the corporate tax rate from 25 percent to 21 percent. When the cut was floated by Donald Trump and Republican officials, many pharma executives were decidedly in favor of the plan. Chief executive officers from more than 16 manufacturing companies, including the heads of several pharma companies such as Celgene, Merck & Company and Eli Lilly and Company, penned a letter to Congressional leaders in support of the plan. Dubbing themselves the American Made Coalition, the industry leaders said reforming the nation’s “outdated tax code” will spur economic growth. The CEOs decried the tax plan that was in place at the time. The business leaders said that higher rate penalized American workers who make products sold abroad, while favoring international competitors.

However, the latest report from Americans for Tax Fairness said the savings companies have realized from the cuts have been instrumental in stock buyback programs, as opposed to helping the average worker. ATF noted that since the cuts were implemented, drug companies have initiated $73 billion in stock buybacks, all while the prices of prescription drugs “continue to surge.” The buybacks, ATF said, are “a Wall Street maneuver that artificially inflates share prices.”

Since the passage of the tax cuts, ATF compiled a list of companies that have engaged in significant buybacks. Among those are AbbVie, which announced a $15 billion buyback; Amgen, Pfizer and Merck, all with a $10 billion buyback; Eli Lilly and Celgene with an $8 billion buyback and Johnson & Johnson with $5 billion worth of stock buyback.

“Stock buybacks mostly enrich the already wealthy, including CEOs: the wealthiest 10 percent of American households own 84% of all corporate shares, the top 1 percent own 40 percent,” ATF said in its announcement, citing information from its own research database. The organization added that about one-half of households own no stock.

In its announcement, ATF pointed to the $74 billion acquisition Bristol-Myers Squibb made for Celgene Corporation. That deal “highlights how pharmaceutical companies are using their massive Trump-GOP tax cuts,” ATF said. The deal will allow the combined entities to save a combined $7 billion in U.S. taxes on a combined $39 billion in accumulated offshore profits due to the provisions of the tax cuts, ATF said in its criticism. The advocacy group added that how much savings the combined entities could save in later years is not yet known.

Noting that the $74 billion acquisition is the fourth largest in pharma history, ATF called it “another example of big corporations using the GOP tax cut to reward stock market investors.”

Frank Clemente, head of ATF, said that drug companies are pumping the tax cuts into Wall Street, rather than Main Street.

“Even as drug companies are enjoying huge tax windfalls, they’re offering no relief to the beleaguered customers of their high-priced products,” ATF said. “Instead, as the new year began, dozens of pharmaceutical firms announced plans to raise prices on hundreds of drugs by an average of 6.3 percent, nearly three times the inflation rate over the past year.”

Not only did ATF criticize the use of tax savings to buy back stock, but the organization also criticized companies for increasing the prices of prescription drugs at the start of the year. Right before the end of 2018, multiple drug companies were planning to increase the price of prescription drugs when the new year began. Prior to the deal with BMS, ATF noted that Celgene announced price increased for four of its leading drugs of 3.5 percent. Ireland-based Allergan also plans to raise prices on more than 50 products between 5 percent and 10 percent, the group said.

“Instead of lowering their outrageous prices or offering meaningful pay hikes for workers, drug companies are using their Trump-GOP tax cuts to reward their already wealthy shareholders and CEOs. That’s the legacy of the Trump-GOP tax scam,” Clemente said in a statement.