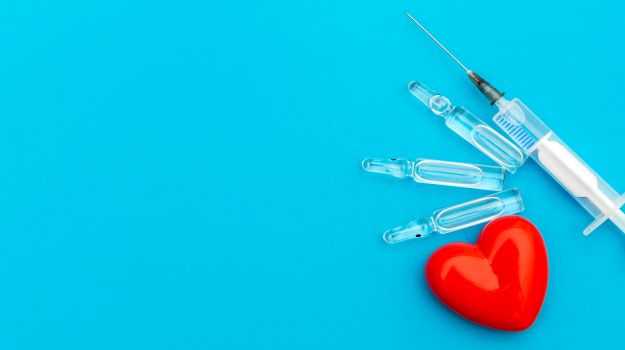 Concerns over vaccination links to heart inflammation are valid, a U.S. Centers for Disease Control and Prevention advisory committee announced this afternoon. The panel said there’s a likely connection between rare cases of myocarditis or pericarditis and the mRNA vaccines developed by Moderna and Pfizer.

In a report issued today by the COVID-19 Vaccine Safety Technical working group, which consists of physicians, the committee said the risk, although rare, is higher in adolescent and young adult males following the second dose of the vaccine, Reuters reported. There have been approximately 1,200 cases of myocarditis or pericarditis found in vaccinated adults under the age of 30. The inflammation typically occurs within one week after the second dose. Chest pain is typically the primary symptom, CNBC reported. Citing Dr. Grace Lee, the chairperson of the committee’s safety group, CNBC reported the CDC continues to investigate the issue in order to understand the potential risks and whether or not there are any long-term issues associated with the inflammation. Myocarditis is the inflammation of the heart muscle and pericarditis is the inflammation of the surrounding membrane.

Citing another CDC report, Reuters noted that the patients who have been diagnosed with heart inflammation have typically recovered. Most of the cases have been mild, although a few have required hospitalization, including two who needed to care for in an intensive care unit. Of those who have been discharged from the hospital, 79% of them have fully recovered, CNBC reported.

While the risk of inflammation is likely, it is important to note the rarity of the issue, particularly with the hundreds of millions of people who have received either one of the mRNA vaccines. The CDC noted today that approximately 300 million jabs of both vaccines have been administered. Dr. Tom Shimabukuro, the CDC’s Deputy Director of the H1N1 Vaccine Task Force and the Pandemic Influenza Vaccine Coordinator in the Immunization Services Division, acknowledged the rarity of the inflammation. He said there were 12.6 heart inflammation cases per million doses, CNBC noted. Breaking down the difference between the two vaccines, Shimabukuro said the issue was more frequent among those who received the Moderna vaccine, 19.8 cases per million versus 8 cases per million for the Pfizer vaccine.

The CDC investigation follows the U.S. Food and Drug Administration’s decision to authorize the Pfizer and BioNTech mRNA vaccine for adolescents ages 12 to 15 last month. The report also comes as the more virulent Delta strain of COVID-19 is running rampant across the United States. Health officials are encouraging those who are able to get vaccinated in order to protect themselves. Last month, Pfizer said it had not observed a higher rate of myocarditis in its clinical studies than what would be expected in the general population. Moderna had said it could not identify a causal association with the heart inflammation cases and its vaccine, according to Reuters.

Following the CDC advisory committee determination, the U.S. Food and Drug Administration said it would add a warning to the fact sheets for the mRNA vaccines. The FDA has also been investigating the reports of inflammation and waited until the CDC meeting before finalizing language for the fact sheets, Politico reported. Doran Fink, deputy director of FDA's vaccines division, said the language will include the risk for inflammation and that most cases appear to resolve themselves, Politico said. The language will also note that long-term effects remain unclear.