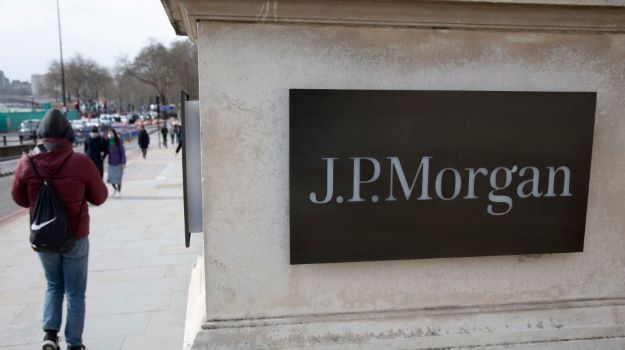 Since it acquired Allergan for $63 Billion in 2019, AbbVie said it is “tracking well” against the financial commitment it made when striking the deal. Chief Financial Officer Rob Michael said the company is exceeding its revenue expectations in the aesthetics market, led by Botox. Vraylar and Ubrelvy are also showing significant potential in MDD and migraine, he said.

In the company’s presentation this week at the 40th annual J.P. Morgan Healthcare Conference, Michael said the company’s eye care business is also outperforming its initial projections. AbbVie expected to deliver “expense synergies of greater than $2 billion in 2022” for this portion of its business, which is above its original guidance.

Furthermore, Michael said the Illinois-based company has achieved the high end of its debt paydown range through 2021 and will continue to be able to pay down debt through 2023.

Looking at long-term growth, Michael said that will be driven by numerous differentiated assets across each of Abbvie’s core areas. While Humira has been the company’s powerhouse, bringing in nearly $20 billion last year, that drug is losing patent protection. Its successor drugs, Rinvoq and Skyrizi, are making a “large impact” on the company’s growth, bringing in a combined $4.6 billion in 2021, Michael said. That annual revenue is projected to grow for the two drugs, up to a combined $15 billion.

Other drugs expected to continue to perform well are hematological drugs Imbruvica and Venclexta. When combined with other approved drugs and late-stage assets that could be approved, Michael said the future is bright for AbbVie’s continued success.

“We anticipate the potential approval of more than a dozen new products or major indications in 2022 and 2023 which will collectively add meaningful revenue growth on the other side of the U.S. This includes several additional indications for Rinvoq and Skyrizi, expand indications for Imbruvica, Venclexta, Vraylar and Qulipta and multiple new product approvals, including navitoclax, 951 and epcoritamab. Over this two-year time frame, we also expect proof-of-concept data from approximately 20 early and mid-stage programs. These programs have the potential to drive additional growth for AbbVie in the middle part of the decade,” Michael said.

Other companies also made presentations at JP Morgan on Wednesday.

North Carolina.-based vTv Therapeutics highlighted its lead program, TTP399, a novel oral liver-selective glucokinase activator, as a transformative treatment in the reduction of hypoglycemic episodes for the global diabetes population. Hypoglycemia, a condition where blood sugar is lower than normal, is common among type 1 diabetes patients.

In December, vTv slashed its workforce by 65% in order to prioritize Phase III development of TTP399. In a Phase II clinical study, TTP399 demonstrated an approximate 40% reduction in hypoglycemic episodes in diabetes patients. vTv said TTP399 has been tested in almost 600 patients to date with no evidence of diabetic ketoacidosis. The company has plans to expand development of TTP399 into type 2 diabetes.

The company said it is currently seeking licensing deals for some of its assets, including HPP737, a PDE4 inhibitor for treatment of psoriasis.

Additionally, Gritstone announced updated overall survival (OS) data from its Phase I/II GRANITE trial evaluating individualized immunotherapy in combination with Opdivo and Yervoy in patients with advanced solid tumors, specifically end-stage metastatic MSS-CRC. In its update, Gritstone said patients who experienced a molecular response continue to have an OS advantage over those patients who did not experience a molecular response, which is evidenced by a decrease in circulating tumor DNA. Andrew Allen, president and chief executive officer of Gritstone, said the results of the study have reinforced the company’s observation that molecular response is associated with extended overall survival.

London-based Achilles Therapeutics has a number of anticipated milestones set for 2022, including an Investigational New Drug application for its T cell therapy aimed at head and neck squamous cell carcinoma. That filing is expected in the first quarter of this year.

Achilles is developing personalized T cell therapy programs that target clonal neoantigens known as cNeT. Clonal neoantigens are protein markers present on all cancer cells but absent from healthy tissue. The company also anticipates an expansion of its manufacturing capacity in the United Kingdom at the Cell & Gene Therapy Catapult, as well as the establishment of an R&D center in the United States.